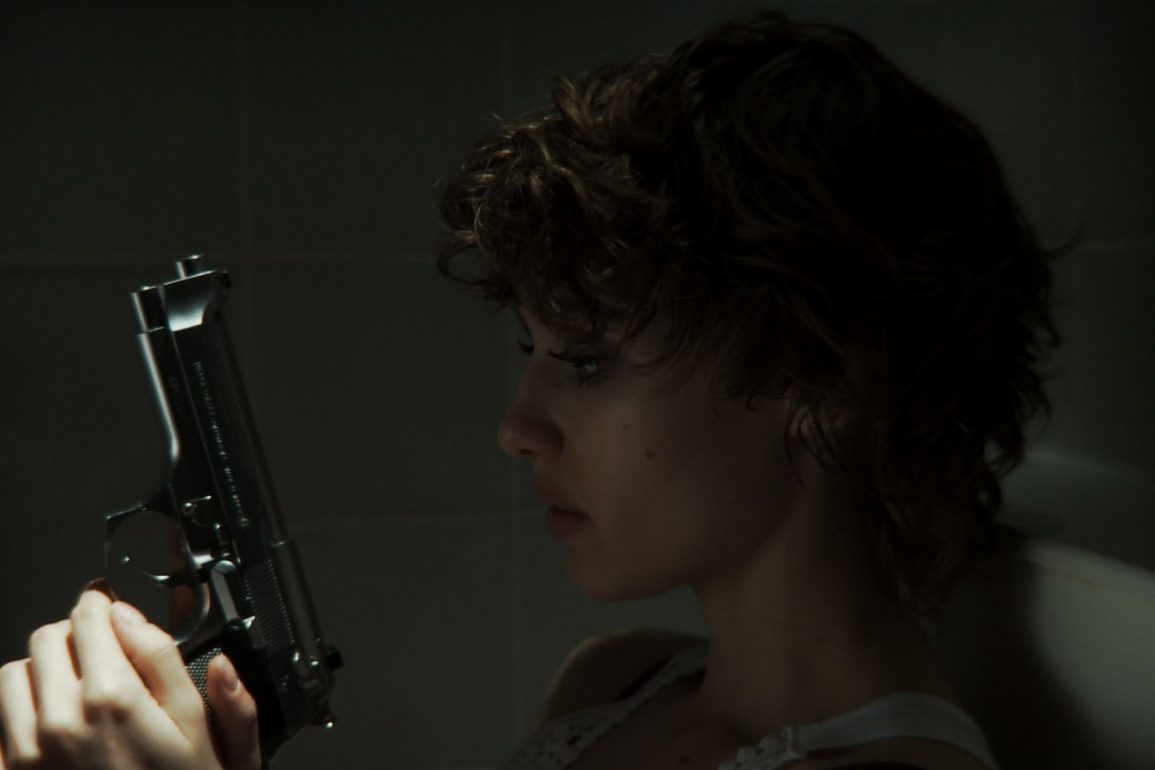 INTERVIEW WITH KEVIN BARRY ON AMONG THEM

A clever new crime thriller from writer-director Kevin James Barry,  AMONG THEM is now available on Amazon Prime and Tubi TV from Cinema Epoch.

After a botched heist, two bank robbers and their unwanted hostage retreat into a seedy coastal motel in the dead of winter. When their boss doesn’t show up and their tickets to freedom go missing, the three of them must battle through their deteriorating mental state and find a way out before they turn on each other.

The film, which has been compared to the likes of David Fincher, John Dahl, David Lynch and films like “Reservoir Dogs” and “Identity”, was a labour of love for filmmaker Barry, as he tells us in this exclusive interview.

How would you describe Among Them?

I’d describe Among Them almost like a MacGyver device, we took a bunch of equipment and props we had leftover from our first film and created something out of it that probably wouldn’t seem possible.  It really was an exercise in resourcefulness, inspired by the famous “El Mariachi” style of no budget filmmaking.  Get some prop guns and a camera, grab some friends and head into desolate area to shoot a film guerrilla style.

Who is the audience, you think?

I think anyone who enjoys a thriller film with a little bit of an experimental vibe.  We wanted to create a film that has it’s own heartbeat and manner of unfolding before the audience.  I’ve always loved action and thriller films and also more experimental and artistically challenging films as well so we tried to fuse both of those together.  So if you feel like you’ve seen too many formulaic films lately; Among Them could be a good one for you.

Have you been surprised to discover a certain demographic or segment enjoying the movie that you didn’t expect to?

Overall I’m really happy with how it’s been received and it seems to doing equally well with adults of all demographics.  Which is not to say there haven’t been polarized opinions.  Part of the fun of making a independent film is that you can take a bold approach to storytelling and some people will be on board with that, some people won’t.

Would you say the film is reminiscent of any other film? Any films inspire it?

The story structure was inspired a bit by “From Dusk till Dawn” (1996), which also starts off, with a couple dangerous criminals with their sights set on freedom, until they encounter a force even more dangerous than them.  We were also inspired by “Jacob’s Ladder” (1990) for the visual style and how that film builds an ever-increasing sense of dread. 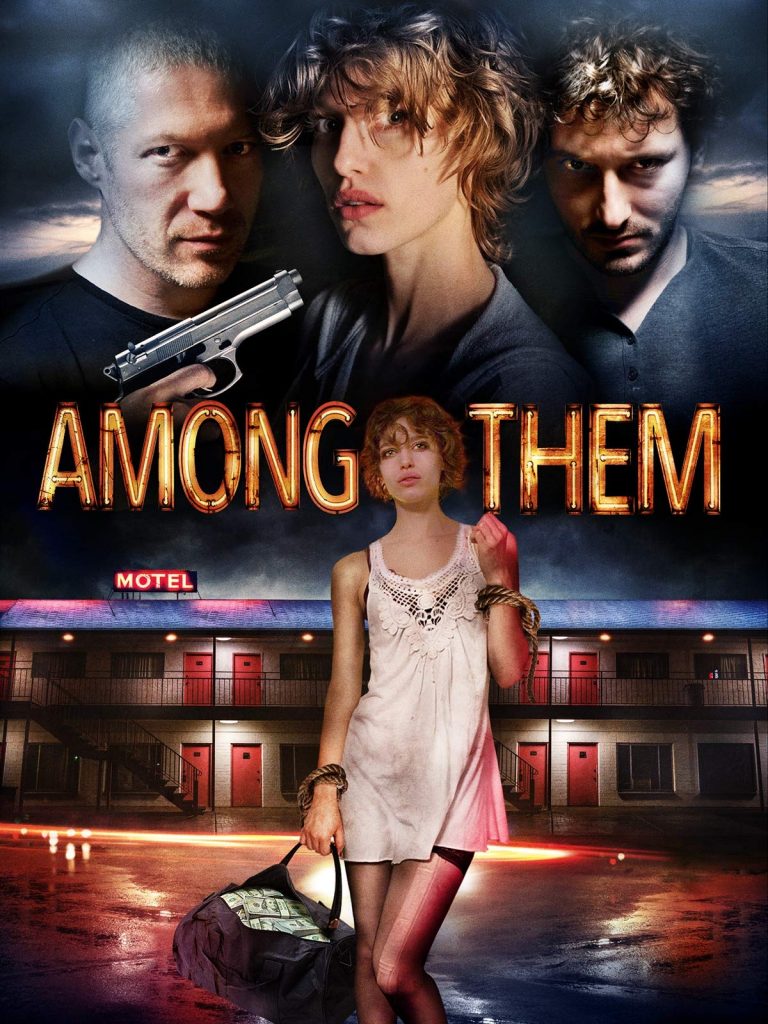 For you as a director, are there any filmmakers you admire? Any of them inspire any of your directing choices on the movie?

There are many directors I admire and I’m sure their work has a strong influence on mine but I do my best to keep it out of my conscious decision-making process when working.  I really try to just focus on the film, and what needs to be done to make the best film possible rather than aiming for another director’s style.  If you focus on the film it will give you ideas and those ideas (with any luck) will create a style that uniquely serves that story.  That’s the goal anyway.  When I’m done making the movie I can watch it more objectively and notice who influenced me.

How hard it is to write a twist, like you have, in the film?

Evalena Marie wrote the screenplay after we came up with the concept together and then I got to add and change a few things.  It’s a good idea for a writer to work with someone to bounce ideas around because it gives you new perspectives and can help you uncover the truth of the story.  Writing twists is always tricky because you want to keep the audience engaged and give them something unexpected, but it also has to work within the context of the story.  It has to be honest or else it feels like the whole story was manipulated for a cheap twist.  The solution is to know where the story is going and always be propelling it towards that end.  If you want a twist ending it has to be part of the fabric of the story from the beginning.

Can you tell us where the film is available?

Among Them is now available to stream or rent on Amazon Prime.  It’s also available on tubitv.com for free, but with commercial breaks.