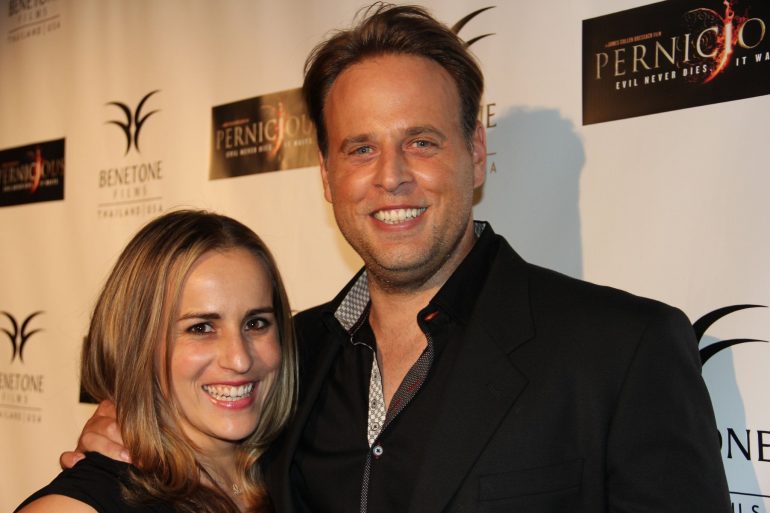 He stopped by to chat with us about Apache Junction starring Stuart Townsend, Scout Taylor-Compton and Thomas Jane.

SYNOPSIS: Apache Junction is an Old West outpost of lawlessness, a haven for thieves and cold-blooded killers. When big-city reporter Annabelle Angel arrives in town and becomes a target, notorious gunslinger Jericho Ford comes to her aid. Now, Annabelle must entrust her future to a man with a deadly past as Jericho heads toward a tense showdown.

Your latest picture Apache Junction is out soon. What is it that really appealed to you as a producer?

Apache Junction’s selling point was really the director and his experience in the Western field. So, Justin Lee came to me and said he had this Western, so domestically Westerns track very, very well. Internationally they might not be tracking as high, but I knew that what we had and that it was something special. So we green-lit the project and started casting very quickly. Since we have worked with most of the cast in the past, it was easy to bring them together to create something great.

It is an impressive cast, particularly Stuart Townsend who plays Jericho Ford. Why was he the right choice for the character?

(laughs) Another Irishman! Yeah, that’s right, I love Stuart Townsend, he is a great friend of mine. I did my first movie with him called A Stranger in Paradise which was back in 2012 or something like that, it was many years ago. From there, Stuart and I have been back and forth like, “What’s up? What do you got? Where you at?” and he had mentioned to me that he wanted to do a Western. When I got this project, I knew right away that Jericho Ford was meant for Stuart Townsend. I have goosebumps right now and that’s because Stuart Townsend is a movie star. What you can see from this movie is that Stuart is like John Wayne, and you can’t keep your eyes off of him. I was so stunned at his performance, and happy I was able to call him up as a friend and have him say, “send me the script” and it was on from there. 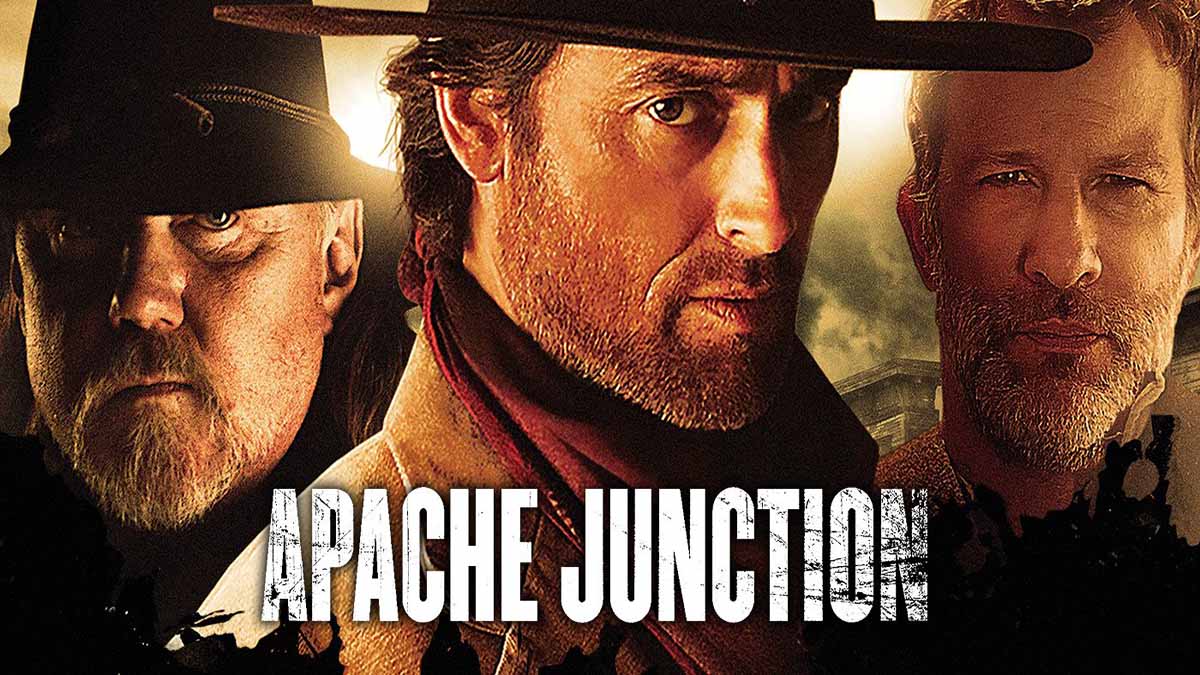 When I was watching the film I was wondering if it was inspired by true events. It feels like it’s based on something true…

So this is just all my director/writer, and I can’t take any credit. Justin Lee loves history, he loves researching, and he’ll make these stories in a time period; which have certain things that were kind of taking place at the time, but this story is not based on a specific event. Justin is able to create this magical world with this Western vibe.

You’ve worked with Justin Lee a few times before. How did you guys meet initially?

Justin Lee and I met through an actor named Jeff Fahey.

One of my favorite actors and one of the coolest people alive.

(laughs) I love that dude, Jeff is one of my dear friends. Jeff’s got the biggest heart and the most integrity I’ve ever seen in somebody. He introduced Justin and me. It was about another big project and then we kind of got sidetracked and said, “what about these smaller films?”

Justin and I had hit it off at a lunch meeting, and then from there we just went from movie to movie to movie. I think it’s been 5 movies already with Justin Lee…

Had you completed filming before Covid?

We thought everything was peachy; we headed to New Mexico in March. We’re feeling the climate change, but we’re not really understanding what it meant at the time. So it wasn’t until we start shooting that we start getting all these notices that the National Guard was mobilizing, that people are being restricted, that concerts are being canceled, and we’re like “do we stop? What do we do?”

So Justin and I, we’re just talking about how to continue. We were one of the last productions in March when we were asked by the state of New Mexico to stop shooting. So we closed down with around six or seven days left to shoot. So we went on hiatus, and basically, our whole set was built in New Mexico, I mean, everything was painted and all of our props were there and we had to leave. We had to break everything down in the middle of a shoot. People just started kind of disappearing little by little.

It was a very, very hard situation for us, so we got everybody back safe and then it was a matter of understanding what is this Covid crisis? How soon can we get back up and running? Then the unions like SAG were great in helping us, but our guidelines for starting again were very strict. We had to go through and learn all these new protocols.

We stopped in mid-March and then we didn’t pick up until mid-December..

That is a huge break…

It was a huge break! I had Stuart Townsend in Costa Rica. I had actors all over the world. The good thing is that we shot out Trace Adkins, who’s amazing; he played Captain Hensley, and we shot out Thomas Jane. So that’s the bright side of things, those essential elements like those guys, we were able to shoot them out before the break. It was just a matter of getting the amazing Scout Taylor-Compton to come back and Stuart to come back, but it’s hard to track them down again along with finding the crew, DP, and your director after splitting for so many months. It was one of the hardest things I’ve ever had to do. 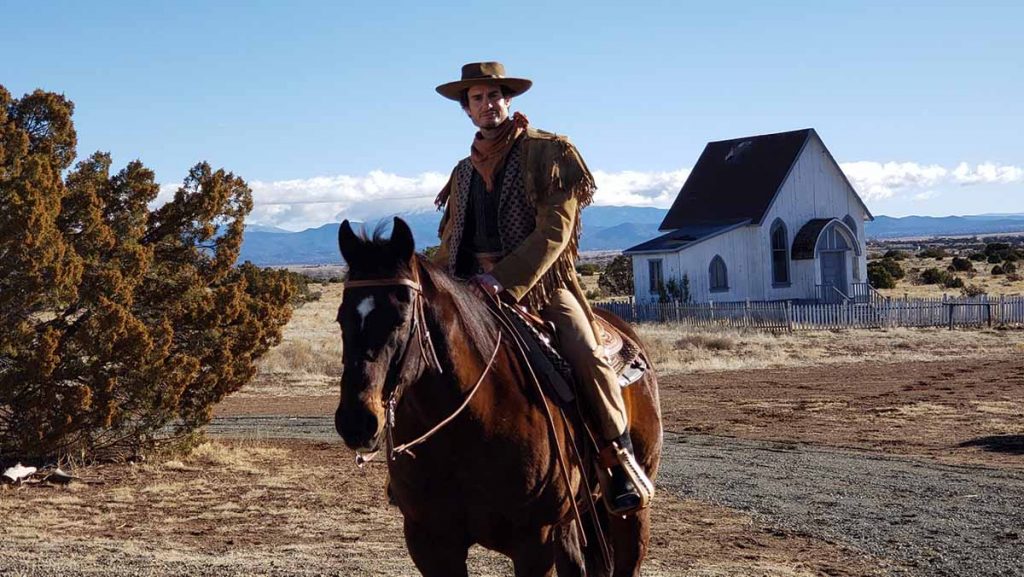 Yeah, it’s been so unpredictable, where nobody knows what’s happening next and the rules keep changing, so when you’re working with lots of different people in a production like that it must just be a nightmare.

It was! And it’s by county and by state. So we ended up shooting this in two different states. We went to New Mexico, had a beautiful set, they ended up repainting the set for a big studio movie and we’re figured out we couldn’t back there. Then, all of a sudden we’re figuring out how we can shoot this movie in California. We picked up the second half of the movie out in Landers, California at Whitehorse Ranch. I owe so much to the director and the DP Logan, Logan’s amazing how they were able to bridge the gap of shooting in two different states; keeping it the same town, but that was one of the hardest things we had to do too.

Trace Atkins has become a bit of a modern Western legend.  I want him to narrate my life. How did he get involved?

Yeah, Justin has previously worked with Trace and they had established a rapport. So when this movie came up, I spoke to UTA (the agent at the time) and Greg Baker his manager. I said “we have a great role for him” and they read the script and they loved it. When we had Trace we knew what kind of caliber the movie was going to be. What he brings to the table with just that seriousness, he’s just so good at it. Oh, I love him to death, such a good guy, and we work with him a lot. We also had Victoria Pratt, she was amazing as well.

Speaking of Westerns in general, people have been saying for years that the Western is dead and yet it’s still around and it seems to be making a comeback over the past few years. What do you think the enduring appeal is of the genre and why it never dies?

What do you look for in a script whenever it comes across your desk. What is it that has to entice you to a project?

I reverse engineer everything. I am what I am because of my sales company, so my sales company is Film Bridge International. I couldn’t be where I am today without this company. Jordan Dykstra being one of my best friends has a very good understanding of the marketplace and he says “Daemon, domestic is looking for this and foreign is looking for this. So let’s wrap it all together in this”. So now I have this little pre-package and creatively, I’m not really commenting on it. I’m just saying what do we need for sales to make this movie. What does the market really want? So he gives me a package, he wraps it up in a bow, and then what I do is I go to my go-tos like Justin Lee or James Cullen Bressack. I go to these directors that I know can write and that can direct, and propose to them, “Hey, look, this is what I have, and this is what the market wants. Can you give me a script?” They will then give me maybe three or four loglines and small synopsis. Then we go back to the distributors and narrow it down. Then I say, “OK, Justin or James, this is the script you’re making” and then they will go create a script for me to send to the distributor. After that, we just run the names and start making offers. 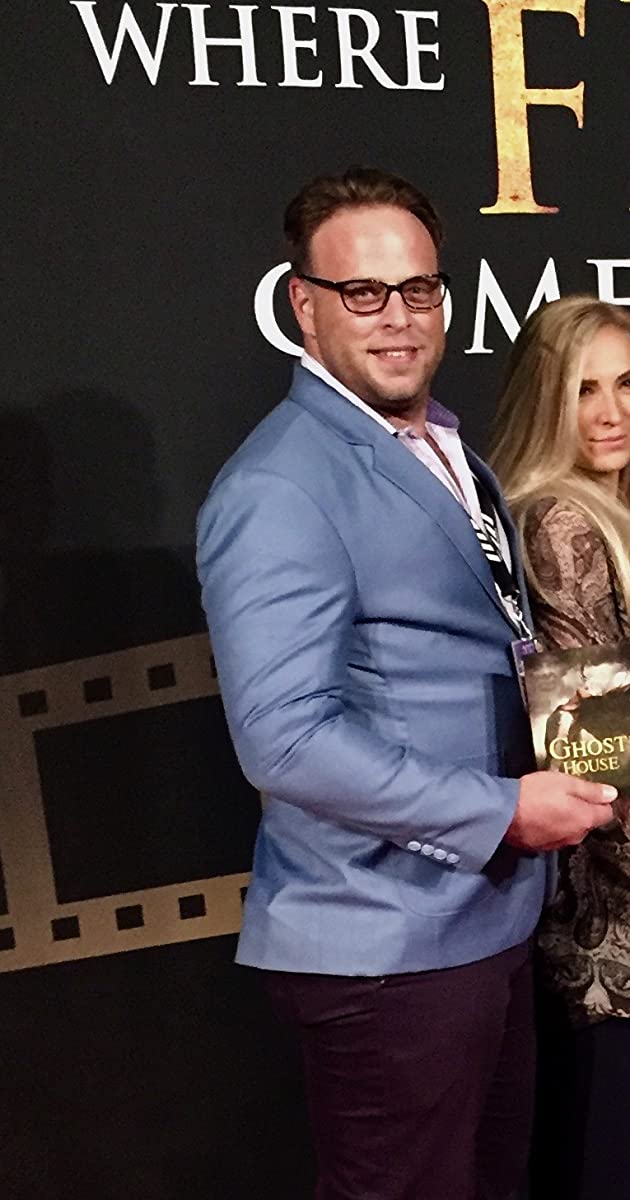 Would you have any plans to write or direct feature yourself at some point?

I like to do what I’m good at and I’m very good at packaging, producing, and financing. My mind doesn’t wrap as well around the directorial sensibilities. I couldn’t do, I don’t think I would want to do, what Justin or James can do. I’m very happy with what I’m doing, and I’m happy helping make that big director. I’m a producer; I’m the guy that kicks down the doors, and gets it done. Even if it’s Covid or some crazy things. In some weird location – we can make it happen.

What’s in the pipeline just now?

I just shot another one with Justin Lee. We made a practical shark, which we invested a lot of money into to make a Jaws-style film. It’s called Maneater and has Trace Adkins hunting a shark, with a shotgun. We also have Nikki Whelan, who was amazing, along with Porscha Coleman, and Shane West from A Walk to Remember. The next project is probably going to be shot in Malta, kind of like a spy thriller, but a different director this time, James Cullen Bressack, whom I worked with before on a film called Pernicious many years ago.

What would you like audiences to take away from Apache Junction?

So, the most important thing is to be able to escape; there’s a lot of craziness in this world, right? And one of the things that I love about film and movies is that you could go and you could sit down for an hour and just kind of get away from those problems that you have in life, just zone out and watch a cool movie about the new gunslinger.

Thanks for taking the time to talk and best of luck with the film.

Apache Junction is out on VOD & Select theatres on September 24th.