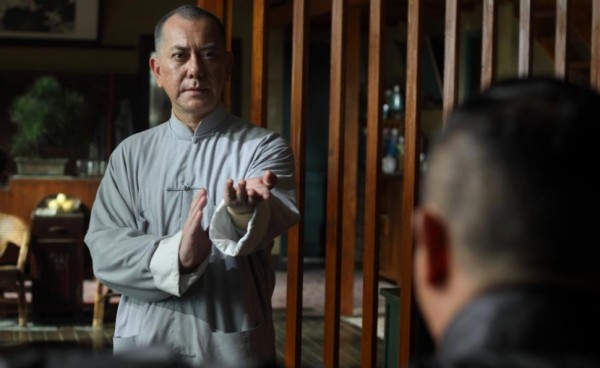 Ip Man: The Final Fight may not be quite as epic as the Donnie Yen films but it’s still massively entertaining with plenty of exciting martial arts action.

Plot: In postwar Hong Kong, legendary Wing Chun grandmaster Ip Man is reluctantly called into action once more, when what begin as simple challenges from rival kung fu styles soon draw him into the dark and dangerous underworld of the Triads. Now, to defend life and honor, he has no choice but to fight one last time …

Review: Ip Man: The Final Fight doesn’t get talked about in the same way the 2 Donnie Yen classics do and it’s a shame as it’s still an excellent film. Andrew Wong isn’t quite as charismatic as Yen but he is still excellent as the aging master.

There are fight scenes every few minutes and the choreography is as you’d expect first rate. The PG-13 rating does make the fights a little more bloodless than the other films but they still have plenty of intensity and the final fight from the title is quite awesome.

There isn’t really all that much in terms of story but there doesn’t need to be; just getting a look inside the life of a legend like Ip Man is fascinating and few people can say they lived such an eventful existence. I’m not sure how much of it is true but it’s engaging from beginning to end.

There is some nice set/costume design which makes it all feel more authentic; I particularly liked the scene with Bruce Lee which made him come across as rather arrogant which was an interesting angle.

It’s well paced and the script moves the story along nicely with no clunky dialogue.

Overall, Ip Man: The Final Fight may not be quite as epic as the Donnie Yen films but it’s still massively entertaining with plenty of exciting martial arts action.