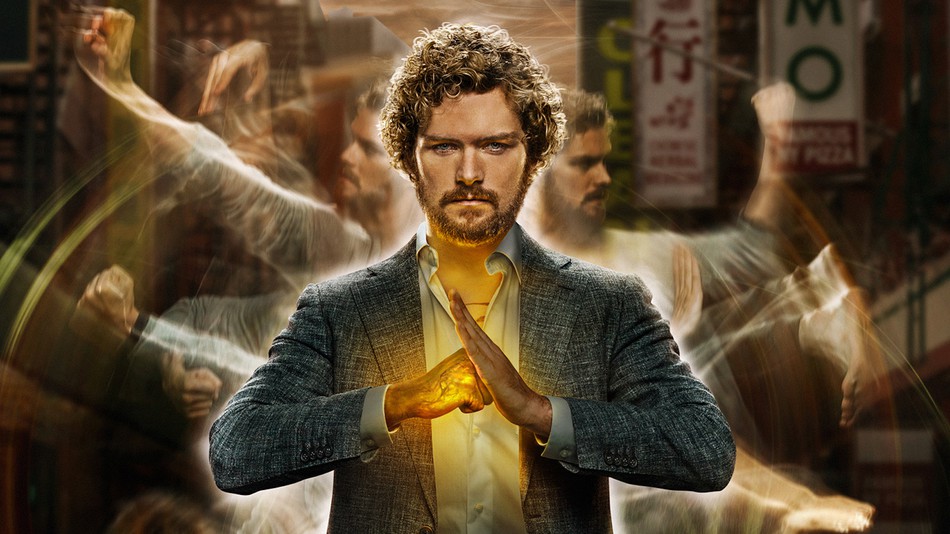 Season 1 of Iron Fist was far more enjoyable that I expected with enough action and interesting characters to keep me engaged. It’s nowhere near as strong as Daredevil or even Punisher but it’s a fun ride. I’m now tempted to watch Season 2…

Plot: When Danny Rand was 10-years old, he survived a mysterious plane crash that claimed the lives of his extremely wealthy parents. Rescued by warrior monks, Danny grew up in thecity of K’un-Lun, where he endured harsh conditions, but also trained to be a fierce warrior. Years later, Danny returns home to New York, where he wants to reconnect with his past and take his rightful place at his family’s company, which is being run by his father’s former business partner. Danny hopes to restore his family legacy by defeating the people who threaten it.

Review: Everyone seemed to hate this show when it first aired so I never bothered with it until I decided to binge watch it a while back… then I forgot to review it so I am going on memory here.  I really didn’t have that much of a problem with it and found plenty to enjoy; personally it’s Jessica Jones which was unwatchably dull so I never even finished that.

Season 1 of Iron Fist introduces us to Danny Rand played by Finn Jones who I feel really bad for as reviews were rather mean to his performance despite being fantastic in other shows like Game of Thrones. He didn’t bother me at all and I liked him on screen enough to stick with the whole season and will happily watch Season 2 very soon. His curly hair did piss me off though…

As the plot says above Danny comes back to reclaim what is his after many years; he was in a plane crash which killed his parents but he was rescued by monks who trained him to become a warrior. He wants to restore his family name to the company which is being run by family friends and his father’s former business partner.

Things are not all what they seem with various machinations going on behind the scenes and when Harold Meachum (David Wenham) re-enters Danny’s life things get more complicated. I’ve been a huge fan of David Wenham since Lord of the Rings and I’m glad he’s had a strong career since then; his interpretation of Meacham is yet another aspect that got a lot of criticism but once again I thought he was fine. Admittedly I think he has too soft a face to come across as a believable villain so I ended up liking him anyway.

I really liked Tom Pelphrey as Ward who comes across as a complete prick at the start (and for most of the series) but he may or may not be completely evil. His relationship with Danny keeps the story going as he is very resentful towards him for coming back.

The most interesting relationship is between Danny and Colleen Wing who he randomly meets of the street so he occasionally visits her dojo and they eventually strike up a friendship and she decides to help him take back what is his.

The fight scenes received a lot of criticism and admittedly they aren’t all that great with nothing coming as close to the innovation of Daredevil but I’ve seen worse. I liked how any superpowers are minimal in the show (aside from his powerful fists) so instead we get martial arts scenes rather than CG overload.

I never found this series anywhere near as boring as people have said either; once again Jessica Jones is the tedious show and I don’t know how anyone made it through that.

The music score has a mystical new age feel which works perfectly for the character of Iron First and it ramps up during the action scenes.

Overall, Season 1 of Iron Fist has its flaws but I had fun with it and although it’s not a patch on Daredevil it was some escapist nonsense with plenty of action… even if it’s not incredible.