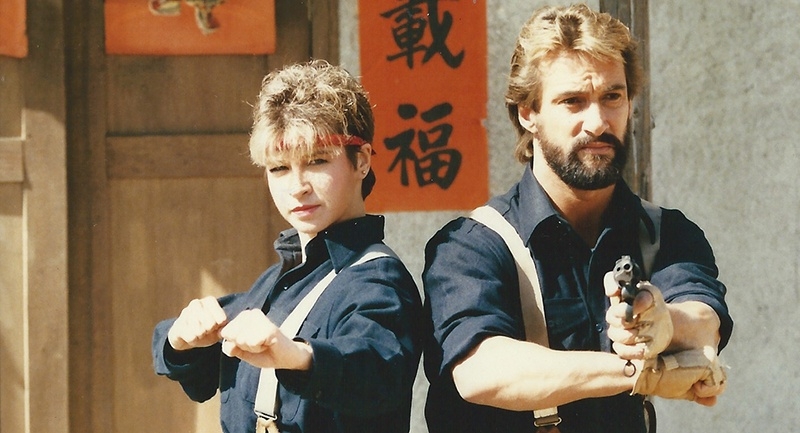 Iron Fists and Kung Fu Kicks is entertaining and informative if a little frustrating at times as I feel like a lot of martial arts heroes weren’t explored; this is more about the cultural impact the genre has had especially on African Americans so it’s definitely worth a watch but I feel like it could have covered so much more.

Plot: The story of how kung-fu films became a huge phenomenon around the world.

Review: This has been a good year for action-centric documentaries with The Search for the Last Action Heroes and now this Iron Fists and Kung Fu Kicks featuring interviews with Scott Adkins, Michael Jai White, Bobby Samuels, Cynthia Rothrock, Don “The Dragon” Wilson, Mike Leeder and many more discussing martial arts movies and how they influenced their careers.

There is a lot to enjoy in this documentary and the interviews are entertaining but it does feel a little over the place in terms of what it’s trying to say, going back and forth with some odd editing choices.

It covers the Shaw Bros., Jackie Chan and Bruce Lee eras of kung fu as well as the influence on American audiences especially the African American community where the fights were influencing breakdancing and inspiring young men to better themselves.

It’s certainly a fun documentary but it does gloss over a lot like I’d have thought people like Donnie Yen and Jet Li deserved longer than they got but then I guess it would have gone on for far too long.

There are so many classic kung fu movies I have never seen which is very remiss of me so the best thing to come out of watching this is how much I need to catch up on.

Overall, Iron Fists and Kung Fu Kicks is a hugely entertaining and informative documentary with some great interviews and kung fu footage; it covers things you maybe wouldn’t expect making it a refreshing watch and essential for martial arts fans. Perhaps we could get a second one which focuses on more kung fu heroes.