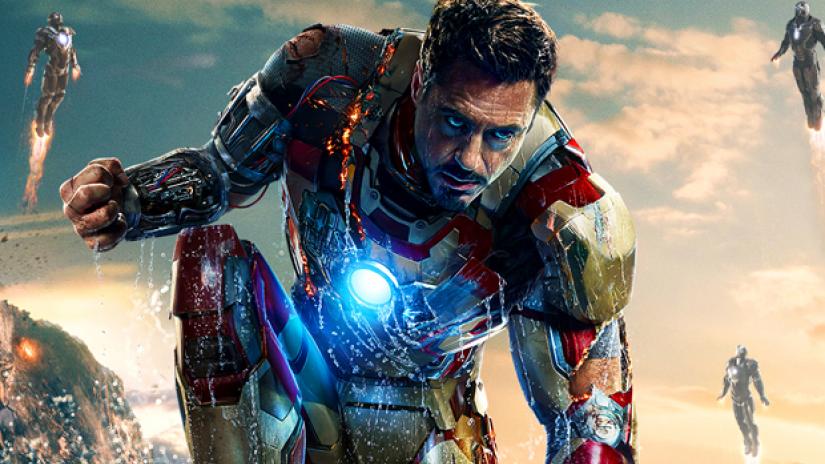 Iron Man 3 may well be the weakest Marvel  movie to date with one of the worst twists of all time and even thinking about it makes me mad.

Plot: Plagued with worry and insomnia since saving New York from destruction, Tony Stark (Robert Downey Jr.), now, is more dependent on the suits that give him his Iron Man persona — so much so that every aspect of his life is affected, including his relationship with Pepper (Gwyneth Paltrow). After a malevolent enemy known as the Mandarin (Ben Kingsley) reduces his personal world to rubble, Tony must rely solely on instinct and ingenuity to avenge his losses and protect the people he loves.

Review: I think this is my least favourite Marvel movie to date; it’s not utterly terrible but it had some really annoying flaws which really bugged me and frankly the bad far outweigh the good.

Let’s go over the good first; well, Robert Downey just IS Iron Man/Tony Stark; he embodies the character perfectly and despite sometimes coming off as an ass (especially with women) he is overall a good person. I liked how he is having PTSD in this movie and is clearly in great inner torment which makes him a far more interesting character.

The Iron Man suit is one of the coolest of all time and we get to see many variations of it throughout the movie, especially in the explosive climax. The movie also has Guy Pearce as the main villain… not Ben Kingsley, but we’ll get to that.

Brian Tyler also provides one of the best super hero score in many years; it has a memorable theme that is jaunty and 60’s inspired really adding to the fun aspect.

The assault on Stark’s house is spectacular to say the least and the special effects all round are impressive even if it is baffling as to why Stark would tell The Mandarin his address and be surprised when he actually shows up.

There were some choice one-liners as you’d expect from Shane Black although some of the humour fell a bit flat and it’s not one of his best scripts.

So that’s the good, but what about the bad? The Mandarin, that was the DUMBEST twist of ALL time! It’s hyped up that Ben Kingsley is going to be this great modern terrorist style bad guy and that would have been awesome as for the first half of the film he was menacing as Hell.  Whenever we find out he’s an actor who is portrayed using tedious British stereotypes I was so mad. It’s like watching a Batman film and the Joker taking off his make-up and saying “Haha got ya! I’m not really the Joker, just some asshole insulting your intelligence!”

I also hated that Stark rarely wore the Iron Man armour and we kept getting the remote control armour instead which was cool at first but then took away any sort of drama. Pepper Potts actually killing the bad guy, so Tony didn’t actually need to do anything was lame too and took away his story arc so he essentially does nothing in this movie. it shouldn’t have been called Iron Man as he just wasn’t in it enough!

Overall, Iron Man 3 has a few fun set-pieces but the appalling twist and the way it’s handled is an insult to the audience; I hated that Pepper saved the day at the end and not Tony making him pointless to the film’s outcome.