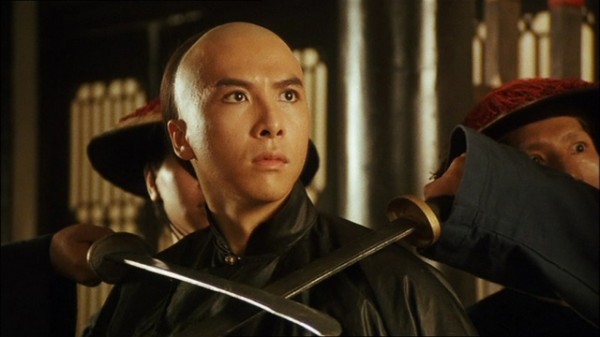 Iron Monkey is one of Donnie Yen’s finest hours with stunning fight scenes and great characters, making it a classic that should be owned by all fans of the genre.

Review: This movie really put Donnie Yen on the map as one of the greatest martial arts stars in the world. Iron Monkey remains one of his very best films and stands the test of time very well. Sure, some of the humour is a bit lame and there is an overuse of wirework, but that doesn’t take away from the sheer excitement of the action scenes on display. Yen is at his physical peak and Rong Guang Yu who plays the Iron Monkey is an incredible martial artist too.

I have never been a huge fan of wire-fu movies as it just isn’t required when you’re watching martial artists with such incredible skills as these. Some of the moves are physically impossible which takes me right out of any fight scene.

The acting is wonderful though; the relationship between Wong Kei-Ying (Yen) and his son Wong Fei-Hong (Sze-Man Tsang) is nicely explored. Wong Kei-Ying is quite a strict disciplinarian at the start and when his son wants to hold his hand going through the busy streets of a new town he brushes it off and says “you are too old to hold my hand now”.

After certain events happen the two are separated and when they are reunited the first thing Wong Kei-Ying does is hold his son’s hand. It’s a little moment but really adds to the characters. Sze-Man Tsang had some amazing fight scenes too and his fight in the market where he takes on multiple adversaries is a fantastic scene.

Story-wise, it is very much the Hong Kong equivalent to Robin Hood so it isn’t anything all that original but the sheer imagination in the fight scenes and the great characters is what really draws you in.

It’s incredibly well paced with plenty of action so you’ll never have time to check your watch.

It’s directed by legendary fight choreographer Yuen Woo Ping, you know you’re in for something special and he delivers in practically every way.

The climactic battle with the villain is jaw-dropping stuff and you’ll hate him every second he is on screen.

The music score is moving when it needs to be and exciting during the action; despite not having a really memorable theme tune it certainly does an adequate job.

Overall, Iron Monkey is one of Donnie Yen’s finest hours with stunning fight scenes and great characters, making it a classic that should be owned by all fans of the genre.