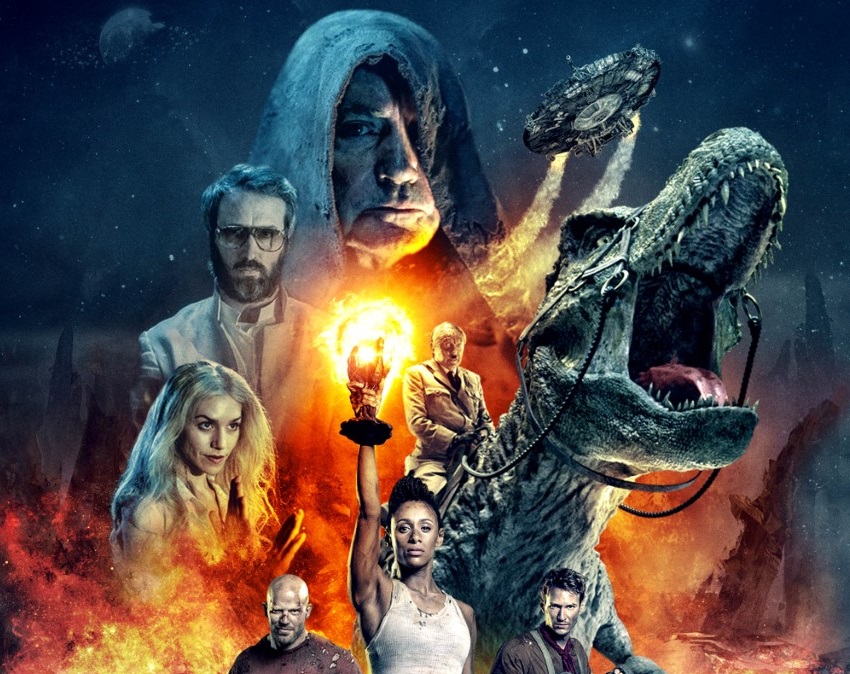 IRON SKY: THE COMING RACE in Cinemas 24th April and Blu-ray, DVD & Digital from 6th May

Iron Sky: The Coming Race has arrived, from the creators of worldwide cult hit Iron Sky…

Twenty years after the events of Iron Sky, the former Nazi Moonbase has become the last refuge of mankind. Earth was devastated by a nuclear war but buried deep under the wasteland lies a power that could save the last of humanity or destroy it once and for all. The truth behind the creation of mankind will be revealed when an old enemy leads our heroes on an adventure into the Hollow Earth. To save humanity they must fight the Vril, an ancient shapeshifting reptilian race and their army of dinosaurs. Boasting stunning special effects and visuals, the film stars Lara Rossi (Robin Hood), Vladimir Burlakov (Deutschland 86), Brazilian Jiu Jitsu world champion Kit Dale, Julia Dietze (Iron Sky), Stephanie Paul (Iron Sky), Tom Green (Road Trip), Udo Kier (Blade)
and written and directed by Timo Vuorensola (Iron Sky).