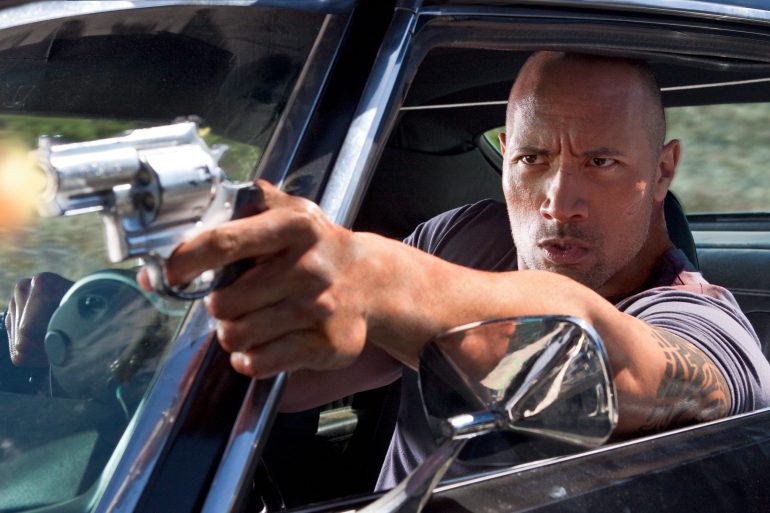 Is the Best Still to Come for Dwayne Johnson?

Remember when Dwayne “The Rock” Johnson first came on the scene with The Rundown, Walking Tall, etc a few years back? Everyone thought he was going to be the new Arnold Schwarzenegger; he had the look, the build and even has better acting chops than the Austrian Oak.

He even got the OK from Arnie in the opening scene in The Rundown where he told him to “Have fun”.

And yet… to me he just hasn’t lived up to expectations; aside from the Fast & Furious movies and the underrated Faster, he’s done far too many crap family movies. Before you say it, I know the 80’s are over and he’s never going to play a Rambo-type one man army, but one can still dream.

He’s known as “Franchise Viagra”; he can come in and save the GI Joe and the Fast & Furious series so when he’s in an ensemble piece he seems to be just fine. But he’s yet to play an iconic character that is remotely memorable. When you think Stallone, you think Rocky or Rambo. When you think Arnie you think The Terminator, but The Rock? Umm… The Scorpion King?

Don’t get me wrong, I find him entertaining on screen and I especially enjoy him in the Fast & Furious movies but he just seems to play it a bit too safe and his characters aren’t all that interesting.

It’s a shame Faster wasn’t a bigger success because I consider that his most interesting role yet and really showed his action star potential. Snitch was also quite good but rather forgettable.

Like I said, he actually can act and has charisma on screen so I’m hoping he will eventually play that one character that blows us all away but so far I remain unconvinced.

I do have high hopes for next year’s Hercules though and I hope that it’s a big hit, giving us a truly memorable character that will make me eat my words, so we shall see…