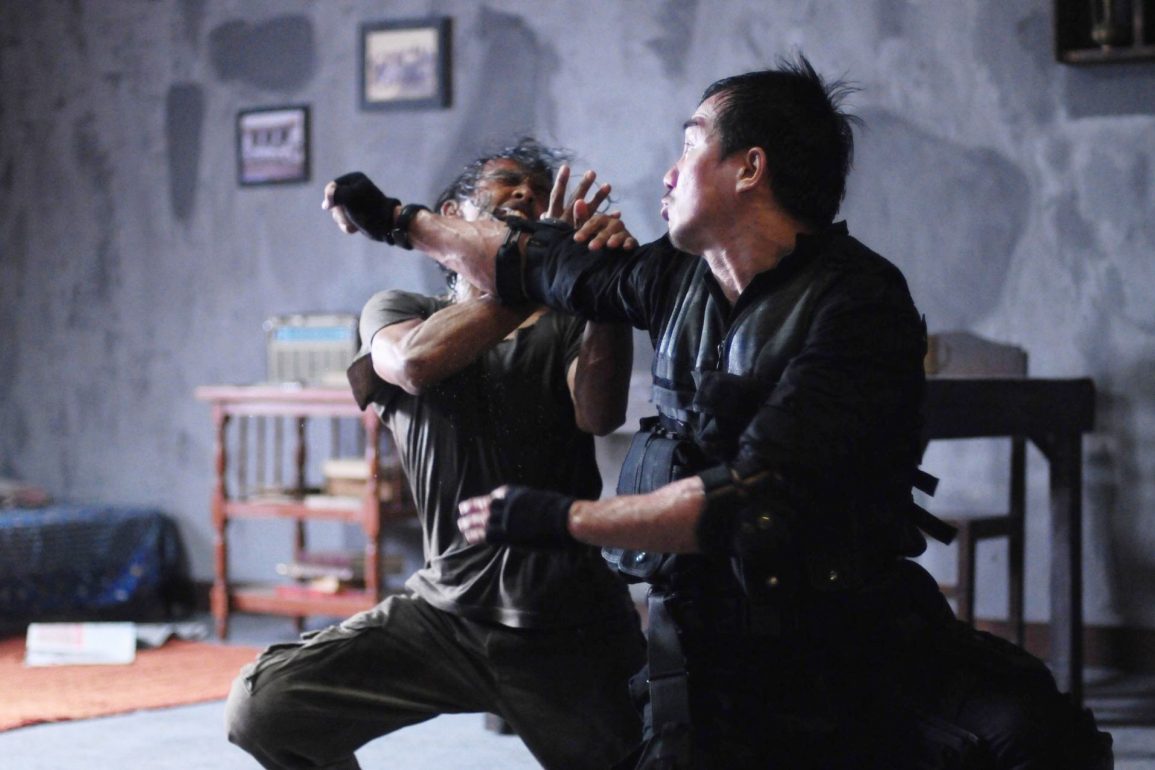 Is ‘The Raid’ the Most Important Action Movie of the Decade?

I don’t know a single action/martial arts movie fan who doesn’t like The Raid; it has the best fight scenes I’ve seen in a long time and introduced the world to a new action star: Iko Uwais, who will soon return in The Raid 2: Berandal.

The Raid also got him a role in Keanu Reeves’ Man of Tai Chi where he had an excellent fight scene with Tiger Chen.

The Raid was actually the second collaboration between director Gareth Evans and Uwais after their first action film, Merantau, released in 2009. The films showcased the Indonesian martial art pencak silat, with fight choreography by Uwais and Yayan Ruhian.

When Evans was asked about Uwais he stated: “At first glance, he seems to be this quiet, shy, humble guy. But then he starts doing Silat and he completely transforms. What sets Iko apart is that he has a very solid understanding of what he looks like when he performs Silat. There is an aesthetic to it, where it is technically proficient, but there’s also something stylized about it – something cool.”

Linkin Park’s Mike Shinoda was brought in to do the music which has an industrial, grimy sound to it which really amps up the tension.

To say that I am looking forward to the sequel is an understatement but before talking about that, let’s go over just how influential The Raid has been.

It’s still argued that the script for Dredd was out first but because The Raid was released first, then it gets the credit.

Anyway, movies like Dredd, Extraction and several more have similar stories and have used the tannoy announcement system to identical effect because it was so effective. This is the moment when the villain makes the announcement that intruders have infiltrated their lair and that the goons are to “have fun” hunting them down and killing them.

The story is straightforward: As a rookie member of an elite special-forces team, Rama (Iko Uwais) is instructed to hang back during a covert mission involving the extraction of a brutal crime lord from a rundown fifteen-story apartment block. But when a spotter blows their cover, boss Tama (Ray Sahetaphy) offers lifelong sanctuary to every killer, gangster and thief in the building in exchange for their heads. Now Rama must stand in for the team’s fallen leader Jaka (Joe Taslim) and use every bit of his fighting strength – winding through every floor and room to complete the mission and escape with his life.

It follows the idea behind another classic actioner Die Hard; it’s “contained’, meaning the majority of the movie takes place in one building, creating a sense of claustrophobia and desperation.

The Raid builds up tension to an almost unbearable degree and the violence more than lives up to expectations. It is incredibly brutal and daring with fights that are not for the squeamish. At times, it comes across as a Survival Horror movie which was director Gareth Evans’ intent.

The Raid came out at a time when Hollywood action movies were looking stale relying on big budgets and special effects whereas The Raid just has bone crunching fight scenes and a (literally) breakneck pace.

It really brought International action to the attention of North American audiences with producers scrambling to make the Next Raid-style movie.

Sylvester Stallone recently said when filming The Expendables 3 that this movie will “rival The Raid’ for action, which really demonstrates its impact. When one of the greatest action stars in history considers your movie the bar for which everything must rise above, then you’ve created something pretty damn special.

With Berandal out next year, Evans has also stated that a third movie will also be made to complete it as a trilogy.

I can’t think of another action movie that has captured the hearts and minds of genre fans as much as The Raid and it will be interesting if the sequel gets a full theatrical release this time and becomes a box office hit. Here’s hoping…