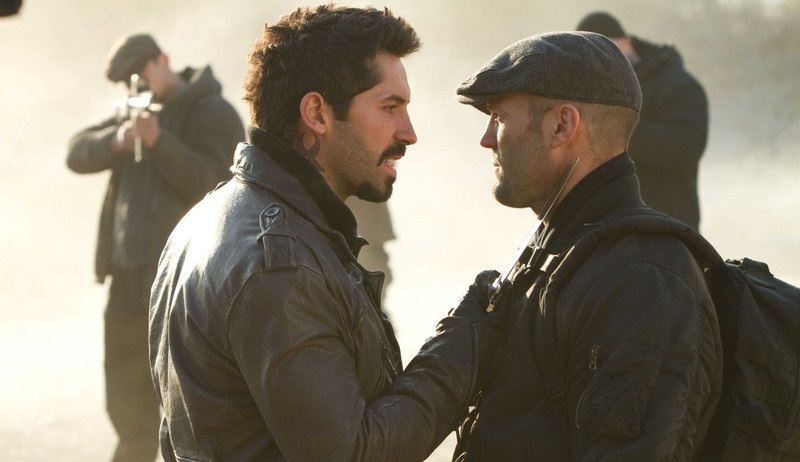 It’s Time for an Adkins vs Statham Rematch!

I was watching The Expendables 2 the other day and with every viewing I’m left thinking the final fight between Adkins and Statham was… fine but it could and should have been longer and more intense.

My main thought was Statham would have his ass handed to him as Scott was so much faster (and a good few years younger) so he would certainly have an advantage.

Scott did an interview with Mandatory around the time of Expendables 2 stating “the schedule was a bit shifty, so it bottlenecked up to the end, and we had to go on a bit, get it done. I wish it was a bit longer, to be fair, but I had a great experience working with Jason. He’s a real pro, and he’s great with that stuff. I had no worries about… Normally, when you’re working someone that isn’t that good at fight sequences, you worry that they’re not going to duck, or you’re going to hit them or something like that. But that was never a problem with Jason. He’s a complete pro with that. Fantastic at doing it. His rhythm was good, his timing was good, his distance was good.”

I think it’s time the two British Bulldogs did another movie together where we can get a proper rematch – here’s my pitch.

Two childhood friends serve in the military and come home to Britain; one of them Tommy (Adkins) has PTSD and has found life a struggle after the service; he does odd jobs helping people out and is an honest human being. His best friend Ray (Statham) loved the conflict of war and while in the army he would deal drugs and weapons to make some extra cash on the side. As they’ve known each other forever Tommy has always turned a blind eye to Ray’s shadier dealings but when he witnesses Ray murder someone in cold blood he can no longer stand on the sidelines.

Needless to say they fight and fight some more with only one coming out the victor. Boom, someone write the script please and make sure the final fight is no less than 15 minutes long.