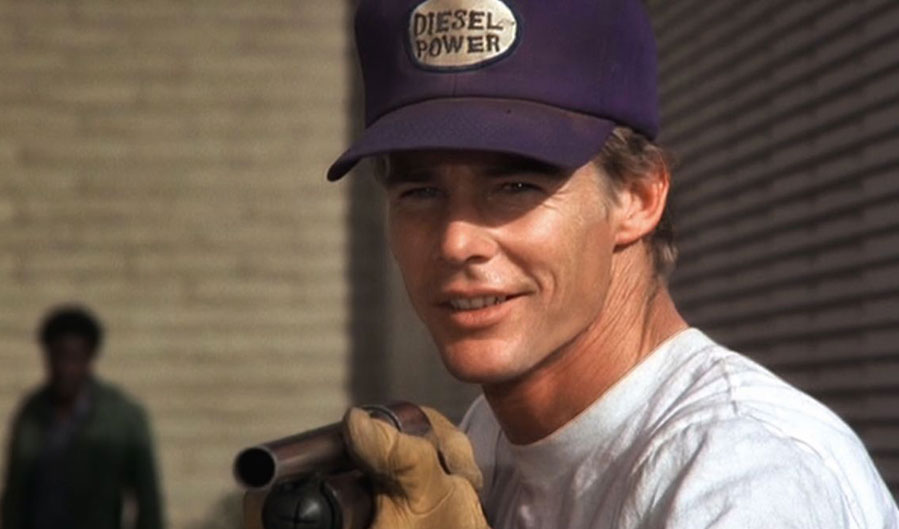 Jan-Michael Vincent: Edge of Greatness has clearly been researched very well and it’s difficult to put down so if you’re a fan of Jan-Michael Vincent and are interested in finding out how far his star fell so far then you should seek it out for sure.

About: With his chiseled features, effortless screen presence, otherworldly vitality, striking blue eyes, Jan-Michael Vincent seemed destined for superstardom. However, the real Jan-Michael Vincent was a reluctant sex symbol plagued by doubt and low self-confidence, a perpetual misfit doomed to alcoholism. Jan-Michael Vincent: Edge of Greatness covers Vincent’s entire life, beginning in his hometown of Hanford, California, and details the difference between Jan Vincent, a shy, small town boy, and Jan-Michael Vincent, Hollywood’s golden boy, who was thought to be the next James Dean in the early to mid-1970s, a period in which Vincent delivered memorable performances in films such as Buster and Billie, The Mechanic, Tribes, and The World’s Greatest Athlete. Featuring interviews with Vincent’s childhood classmates and friends, as well as his former Hollywood colleagues, including Donald P. Bellisario, Alex Cord, and Robert Englund, Jan-Michael Vincent: Edge of Greatness reveals an eternal man-child, whose career and life symbolize the tragedy of unfulfilled potential.

Review: I always enjoy a good biography, frankly because I like reading all about the dirt and gossip in celebrity’s lives… sue me.

Jan-Michael Vincent never quite made it to A-List status but this fascinating book gives plenty of insight into the star of such movies as The Mechanic (the original one with Charles Bronson), The Tribe (1970), White Line Fever (1975), Baby Blue Marine (1976) and most importantly the TV series Airwolf to name but a few.

Vincent was on the cusp of stardom for several years and he had a few successful films under his belt but his own self destructive nature (and maybe just fate) had other plans. This book delves into Jan’s career and how he was always a bit of an outsider; it’s incredibly well written and for the first time we feel like we’re getting to know the man who was always a bit of an enigma.

His battles with booze and drugs are essentially what ruined his career as even from a young age he had a penchant for self doubt. On film sets he would apparently rarely interact and we get some interesting stories about how awkward it was for him to work with Charles Bronson on The Mechanic.

At times Jan would just disappear on surfing trips and leave his girlfriend behind and just didn’t seem to care. He comes across as a cold and detached character and author David Grove doesn’t shy away from Vincent’s darker nature. It could have easily been a hatchet job where the book just destroys Vincent’s character as it would have been pretty easy to do but it’s mostly handled evenly and by the end you’ll have a better understanding of the troubled star.

The actor doesn’t come across as someone particularly nice but there are a few times where Grove comes across as a little snarky; admittedly this is also what keeps Edge of Greatness so interesting and makes you want to keep reading.

Overall, Jan-Michael Vincent: Edge of Greatness has clearly been researched very well and it’s difficult to put down so if you’re a fan of Jan-Michael Vincent and are interested in finding out how far his star fell so far then you should seek it out for sure. It’s available on Amazon now.