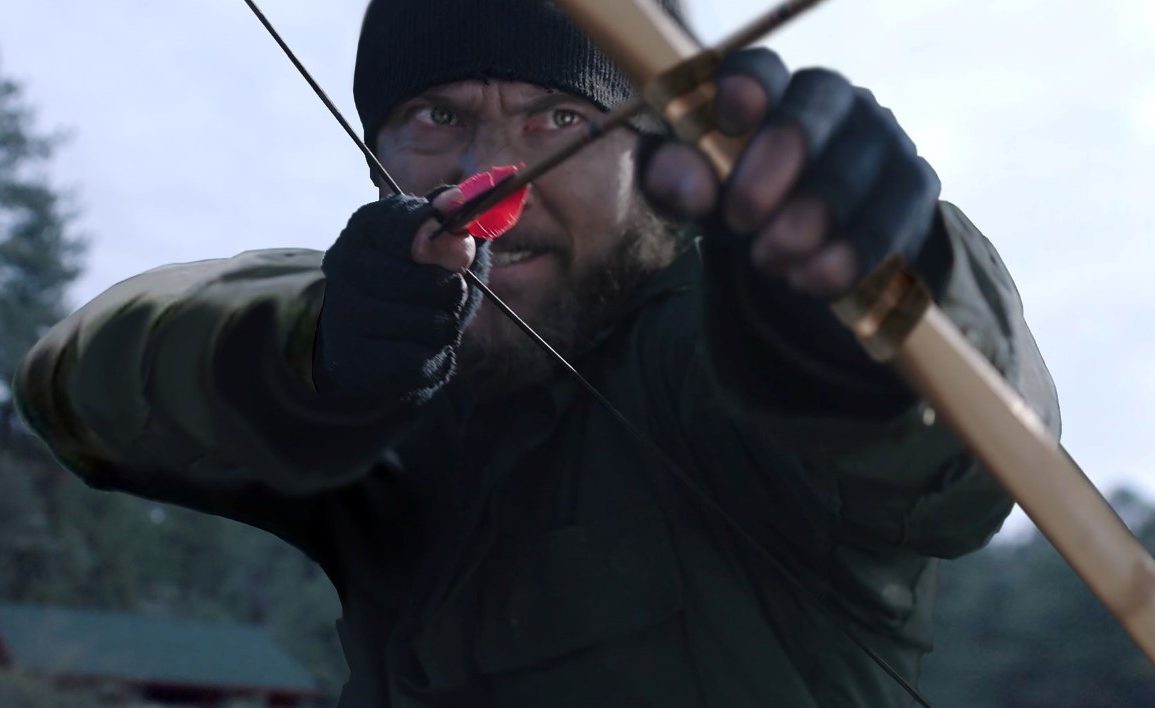 FEAR, directed by Geoff Resiner, is set in the desolate regions of Pacific Northwest where a young family faces a group of bandits who steal the last of their supplies; with time running out, they must form an alliance with the outlaws to protect their children.

Jason Tobias (Downrange, The Competition, The Unravelling, Ocean’s Rising, Most Likely to Die, David and Goliath) is the film’s star and writer.

We caught up with Jason to discuss the action-packed movie.

Where did your love of acting come from? And was there a particular actor, or even a film, that spurred your decision to enter the arts?

– My overactive imagination as a kid definitely helped with ‘catching the acting bug’. I would watch films like: “The Goonies”, “Flight of the Navigator” or “Ghostbusters”, and act out the scenes. If one film was the spark of my inspiration, I would say it’s “Star Wars”. It was an escape and also a discovery of world(s) beyond my own. Storytelling seeming like magic. I saw how it touched people. Inspired them. Helped them learn and get through tough periods of their life. The more I consumed, the more I was hooked. As I got older, I started to appreciate more films and expand my intake beyond Sci Fi and Action Adventure of course.

Did you study? Where did you cut your teeth? And was there a particular role that really helped cement your career?

– I guess you could define my training as a ‘baptism by fire’. I played sports throughout most of my adolescence and young adult life. There wasn’t much time for acting classes, or even a lot of opportunities in the area I was living at the time. It didn’t deter me though. My love for film never wained and my obsession with becoming a professional working actor, was still a goal of mine. When I first got to LA I was just scrambling to get a hold on how things worked. Headshots. Casting profiles. Getting an agent or manager and even auditions, were all being explored in the moment and on the fly for me. After some shorts and the all to familiar ‘non-paid gigs’, I got a commercial agent and booked a National Commercial. Shortly after I joined SAG and from there, I kept learning as I climbed. In 2012 I booked a film with friends Geoff Reisner and Don Bitters, that co-directed a film called “TERRORDACTYL”. It was a labor of love in our circle of friends and took 4 years to complete. But, to this day, it remains dear to my heart. If you ever have to the chance to create something with friends and get to share it with others, I highly recommend it. I don’t know if playing ‘JONAS’ in the film cemented my career in any way, but it showed me how enjoyable the process was and solidified the decision I’d made a couple years prior. 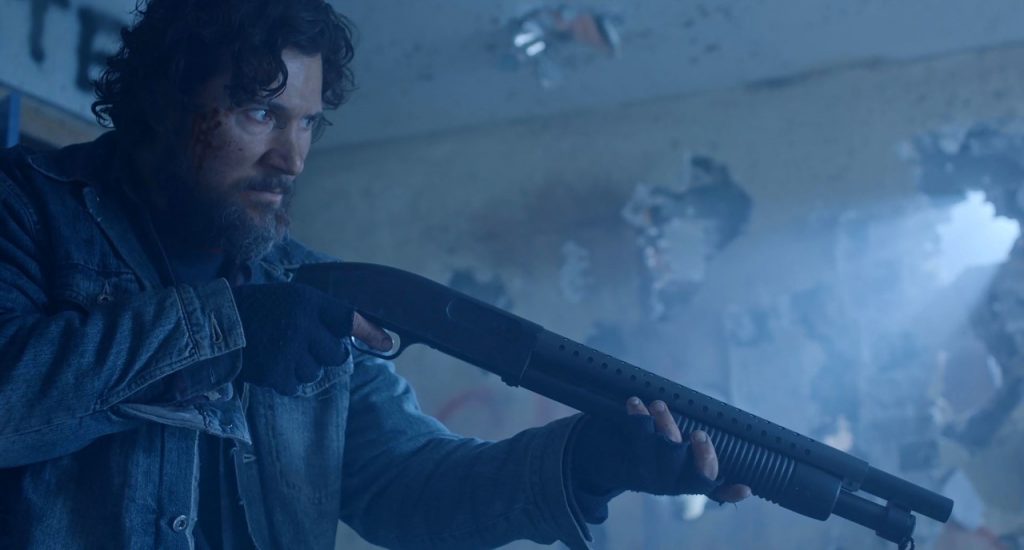 Is your agent or manager finding that you’re usually contracted about playing a particular role or type?

– ‘Types’ are always changing as you change as an actor and with age, too. For me, it has changed a bit… when I first got to LA I was constantly going out for ‘Viking’, ‘Pirate’, ‘Cowboy’ – rugged characters. At the time, my hair was long and I was around 195lbs, too. Size translates differently on camera and those seemed like the closest shot I could get with my limited credits at the time as well. But, as time went on and I honed more of my own skills and started to accumulate stronger credits on film and television, the doors to other ‘types’ started to open. Cops. Marines. Dads. Romantic love Interests. Scientist. Mechanic. Etc. It has been an interesting ride. Plus, your agent, reps, etc. they also have a ‘type’ in mind for you as well. The only thing that can sway that is past work or tape showing you playing something ‘out of character’. Otherwise, they’ll always pitch you as the strongest ‘type’. With competition in Los Angeles being as stiff as it is for jobs/roles, you want to make the biggest impact in the shortest amount of time with casting.

What kind of characters do you like playing most?

– I enjoy action and drama. Action because of my athletic background. I love getting physical and testing myself in fight choreography, or wire work, or even learning a sequence to really add some dynamic movement to a scene. I’ve been fortunate to work with some amazing Stunt professionals such as: Aaron Toney, John Medlen and Robert Dill. They’re all pros and very talented in their fields. On the dramatic side, I love layers to a character. The strong showing weakness. The conflicted showing resolve. I’ve always been a huge fan of the Spielberg film based on the novel by, Alice Walker; ‘The Color Purple’. In it, Celie is such a beautiful character. Her heartache and growth throughout the story, is such an amazing one.

And this latest one? Where does it rank?

– It’s my tops to date. I loved playing Ethan in the film. I wrote Ethan to reflect some of the characteristics I wish I could’ve had in other roles. When we first meet him, he’s a hard nosed father trying to show his son how to fend for himself. How to hunt. How to kill. How to survive. His cold abrasiveness only comes from an overwhelming need to instill these values/skills in his son at any cost. For his sake… but, he wasn’t always like that. In the flashbacks we learn he was different. Much so. He was more light hearted and care free. The situation and his surroundings changed him into what we came to know him as. That metamorphosis so much fun to explore… and it didn’t hurt that I had the pleasure of sharing the screen with an unbelievably talented actress in Marci Miller, to help bring it all to life.

Did you develop a backstory for the character, even if it wasn’t on the page?

– Yes. Marci and I, talked about Ethan and Joe’s relationship a lot prior to shooting. Not to the extent of revealing everything to one another though. I wanted her to hold onto ‘pieces’ that were hers and hers alone. Same on my end. Not every relationship is completely transparent and with them, may come secrets. Nothing malicious, but secrets none the less. I wanted each of us to have those. To use those in the performances. Draw on those for inspiration. 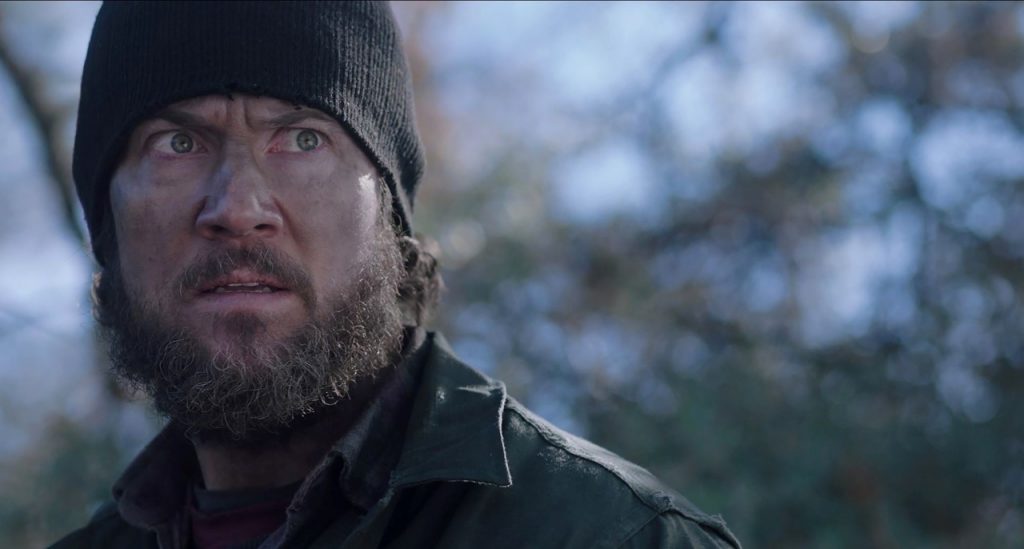 Do you envision it as a one-off, or is there a chance the character could return…?

– For the Ethan character, his story is told and wrapped up from my perspective. Now, his family and the legacy he and Joe have built is the thread to continue following. I guess Joe could call on memories of Ethan in her continued journey, but who knows… perhaps that’s too painful for her to even fathom. She lost a lot and looking back can never help you move forward.

How do you think the industry is going to change, following the pandemic?

– Good question… where to start…? I wear a lot of hats in our production company; Action Figure Entertainment. I not only look at things from a creative/artistic side, but a producing/business side as well. I have to turn on certain ‘sides of my brain’ depending on the task at hand. That’s a tricky thing to do, but a necessary one none the less. On one hand being a partner and a producer along with Lucas Solomon (Executive Producer) and Blair Pennington (Executive Producer), we see trends and follow the film markets to stay in step. I believe the changes that we were already starting to see before the pandemic, will continue to materialize. More self-tapes for actors. More virtual sets, as opposed to practical locations. More LED and utilization of UnReal Engine to those that can afford and understand it. Smaller budgets and more expectations that come along with it. Less theatrical premiers and more ‘day and date’ and streaming service contracts for projects. More platforms to view content and hopefully more opportunities to independent film makers… Storytelling is part of the human experience and the undertaking of creating a film (on any level) can be daunting and taxing. To everyone that’s embarking on the journey – hats off to you… keep pushing!