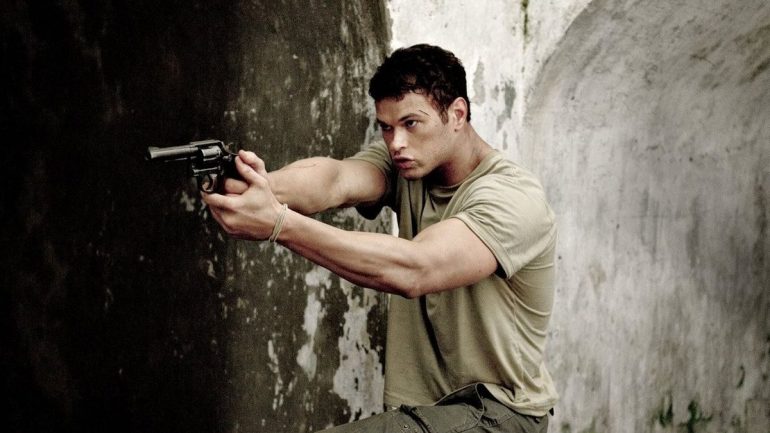 Java Heat was a thoroughly entertaining action thriller and definitely worth checking out; although it lacks an action packed finale, it’s nice to see a filmmaker try something new.

Plot: A Muslim detective teams with an American posing as a graduate student to find the man behind a series of deadly terrorist bombings in Indonesia.

Review: It’s kind of a shame this movie came and went with such little fanfare as it’s extremely entertaining. Java Heat introduces us to Kellan Lutz: Action Hero and I have to say that he is really authentic in the role. I’m sure people will give him a hard time because he was in Twilight, but that really isn’t fair. He has the look of an action star and I will keep an eye on where his career goes; Stallone did say he wants some younger blood in The Expendables 3 so I would give Lutz a chance.

Anyway, Java Heat has a rather interesting story and I love how one of the main characters Hashim is a Muslim detective, rather than playing a villain. Ario Bayu is incredibly cool and likable in the role and he has real screen presence too.

Then we come to Mickey Rourke who even by Mickey Rourke standards is creepy as hell; he’s trying a bizarre accent which I believe was French but not entirely sure. Either way even if he’s playing a good guy, Rourke is one of the most terrifying people on the planet. He’s the main villain of the peice and is all kinds of weird.

The movie is Indonesian which is why it’s a bit more ballsy than your average Hollywood fare with unpredictable twists and turns. It has a rather nice score as well with some electric guitar in places and a little bit of new age style music too.

The action is pretty small scale, which is fine by me; mostly shoot outs or hand to hand fighting but I found the finale to be a little underwhelming as it lacked a big final fight scene. For me an action movie needs the good guy and bad guy to have a fist fight at the end, otherwise I am disappointed. Admittedly it also takes a little while for things to get going but when they do, it kicks some ass.

The movie was written, directed and produced by Conor Allyn who is someone to keep an eye on as he has a great visual style. He made sure the film kept a good story as well as have plenty of action too. Java didn’t exactly look appealing and came off as almost claustrophic and humid.

Overall, Java Heat was a thoroughly entertaining action thriller and definitely worth checking out; although it lacks an action packed finale, it’s nice to see a filmmaker try something new.