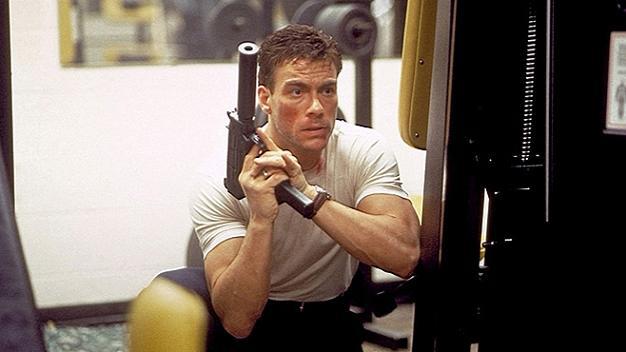 JCVD & the ‘Shadow of Death’

After the box office success of Hard Target, production company Alphaville, star Jean-Claude Van Damme and director John Woo briefly considered re-teaming for another action/thriller to be titled “Shadow of Death”.
Sadly, due to the difficult relationship between Van Damme and Woo, the project never materialized.

Hard Target was originally going to focus on Lance Henriksen’s character Fouchon but JCVD spent 2 days in an editing room making it more of a Van Damme movie as he thought audiences wanted to see a “Jean-Claude Van Damme film, not a Lance Henriksen film”.

JCVD did an interview with AOL several years ago and said he was currently reading an interesting script called “Shadow of Death”; even though he said he was still reading it, he would love to do the script.

The story was apparently about a man coming from Japan to take revenge on the mafia where the battle finally ends up in America. That was a rough translation from a website called Angelfire where the author’s first language possibly wasn’t English.

Rumour has it the cast was going to include Jean-Claude Van Damme, Jet Li and Jackie Chan.

It’s a damn shame this project never happened as it could have been massive. If anyone has any more information on this project I’d love to hear it; I couldn’t find anything else.