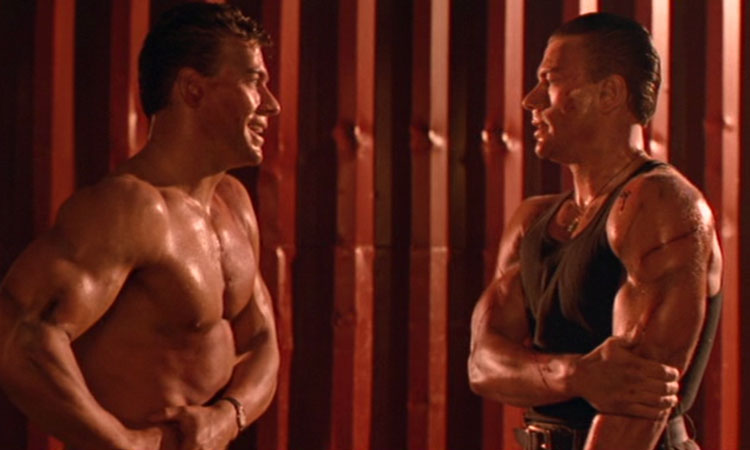 Double Impact is one of Jean-Claude Van Damme’s best films; it’s got plenty of awesome fight scenes, cheese galore and of course double the Van Dammage.

Plot: Nearly 25 years after seeing his father killed by Hong Kong crime boss Raymond Zhang (Philip Chan Yan Kin), Chad Wagner (Jean-Claude Van Damme) is living in Los Angeles as a flourishing yet peaceful martial arts trainer. But Chad has a twin brother, Alex (also Van Damme), who suddenly reunites with his less-aggressive sibling and wants to avenge their father’s death. As the pair plan their payback against Zhang, they also struggle to overcome their personal differences.

In this climatic fight scene Chad (JCVD) faces of against Moon (Bolo Yeung), one of the men responsible for the murder of his parents.

Personally I prefer the fight with the cowboy dude, which is also included in this clip.