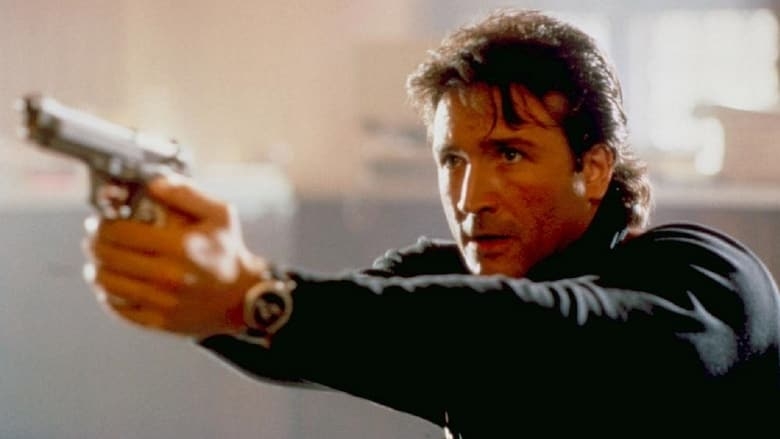 After failing to save a little girl from a psychotic bank robber cop Jake Barrett (Speakman) leaves the force and works as a mechanic trying to let go of his guilt. When two local gangs who currently have a truce start to lose members in violent murders a war is about to erupt however, Jake essentially becomes a mediator wanting to look into the killings as he feels that there is something suspicious going on. He eventually finds out that a group of bitter ex-cops are responsible for the murders as they want to start a war and bring the city to its knees.

They are led by James Franklin played by Christopher Neame (Hellbound) who is a ruthless killer with no redeeming qualities; I do enjoy an old-fashioned villain that we don’t need to empathize with. He’s just an evil former cop and that’s that. Hank Stone was always a great villain too and he’s sort of a master of disguise in this as he dresses up like gang members to make it look like they are committing the murders.

80’s & 90’s action movie staple Marco Rodriguez shows up in a rare good guy role playing a cop who grew up in the neighborhood and doesn’t want to see the streets run red after the truce has (so far) been successful.

At just under 90 minutes long it’s got a rapid pace with Speakman showing off his impressive martial arts skills and it’s packed with action. A highlight being the final shoot-out where Jake uses a goon as a human shield; Jake puts his gun in the bad guy’s mouth and shoots him through the back of the head which then kills another villain in epic fashion.

There are some nice action hero quips along the way too with a nod to Terminator 2 which always makes me smile.

As much as Jeff Speakman is a great martial artist, I think the reason he was never a massive star was because he looked more like a country singer rather than an action hero but he was always sympathetic on-screen and I think that this is one of his best movies alongside The Perfect Weapon.

I like the positive message this movie is trying to portray trying to end the gang violence in L.A. which was especially bad during that time period. The gang members are portrayed as actual human beings rather than the usual stereotypes which was a refreshing change of pace.

David Michael Frank provides the score which is reminiscent of his work on Showdown in Little Tokyo and Best of the Best 2. He was the sound of straight to video action movies in the 90’s giving us electric guitars and synth scores which would always make the movies that bit more awesome.

Overall, Street Knight is one of Jeff Speakman’s finest hours with an interesting story, exciting fight scenes and a truly hateful villain making it a must-see for genre fans.