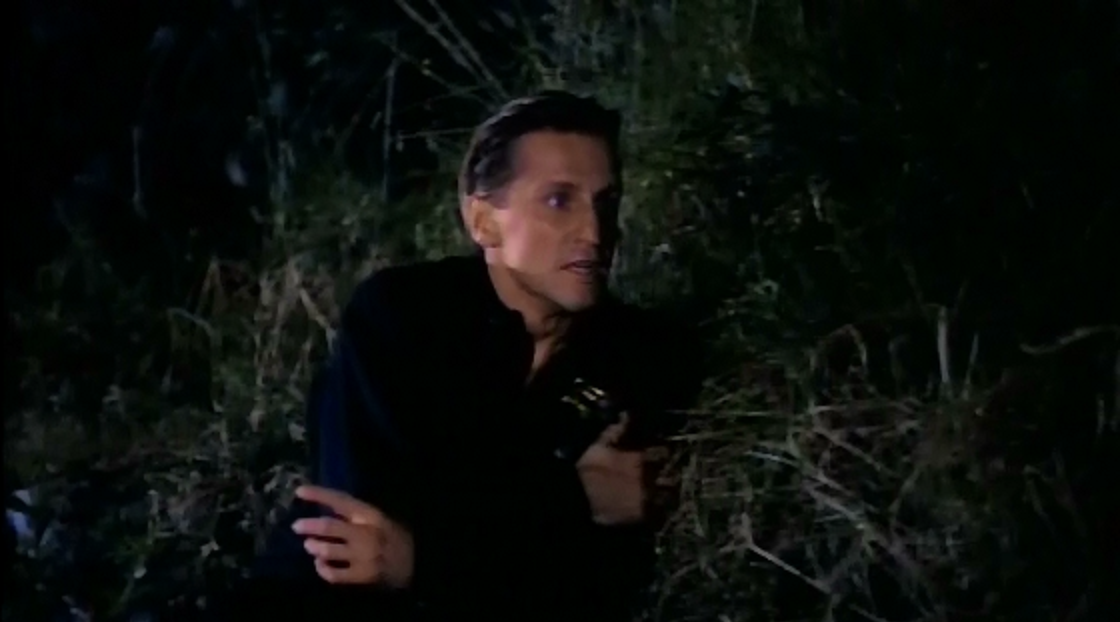 The 90’s had some great B movies which came out practically every second week; real-life kickboxing champ Jerry Trimble starred in a good few of said movies and One Many Army is one of them.

Trimble plays Jerry Pelt, a straight shooter who gets caught up in the politics of a crooked little town. To get to the truth about his grandfather’s death, he must first kick out the criminals –including the sheriff– effectively putting an end to their illegal smuggling, gambling and prostitution rings. But the worst crime of all turns out to be in his very own backyard.

Rick Dean plays the corrupt Sheriff Boze who is suitably sleazy and needs to have his ass kicked; good thing Jerry Pelt comes to town to do just that.

if you watch the movie now for the first time you’d probably just laugh at it especially with some of the acting but movies like this are my favourite of the action genre and I can never get tired of watching one man take down an entire town full of bad guys. There are fight scenes every few minutes, a short run time (an hour and 19 minutes) and a few twists to the story to keep things interesting.

Directed by Cirio H. Stantiago you’ll know what to expect going in as this is the man behind Stranglehold and the 1988 version of The Expendables so there is plenty of nudity and violence. I thought Melissa Moore gave a fantastic performance as the love interest Natalie who spends most of the movie naked/in the shower.

Overall, if you’ve never seen One Man Army it’s definitely worth a watch with plenty of booze.