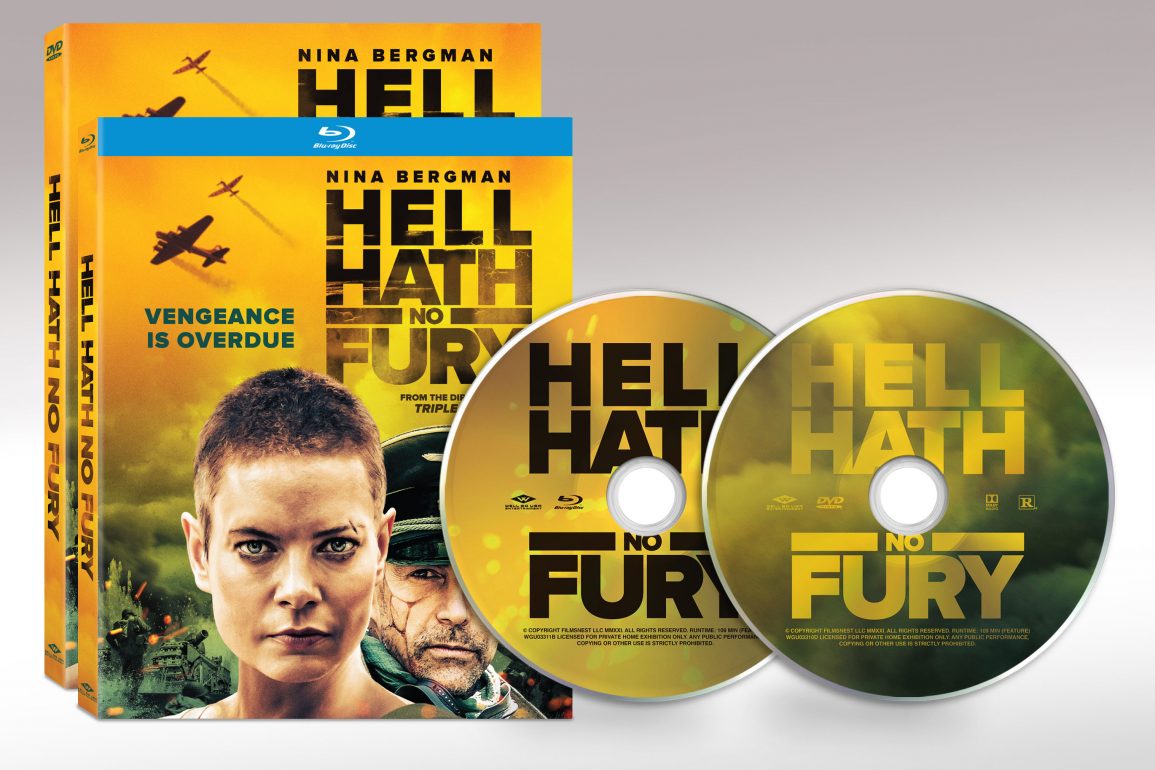 Inspired by true stories of courageous acts by women during WWII, HELL HATH NO FURY, the action-packed thriller about a French resistance fighter, debuts on Blu-ray™ and DVD December 21 from Well Go USA Entertainment.  The film is available on digital now.

HELL HATH NO FURY is the story of one woman who single-handedly takes on the might of the German war machine, the French resistance, and a band of US infantrymen. Branded a traitor by her countrymen, French national Marie DuJardin is rescued by American soldiers on one condition: to survive, she must lead them to a cache of gold—before the Nazis return to claim it for themselves.

HELL HATH NO FURY has a runtime of approximately 109 minutes (94 mins feature-only) and is R for strong / bloody violence, language throughout, and some sexual content.