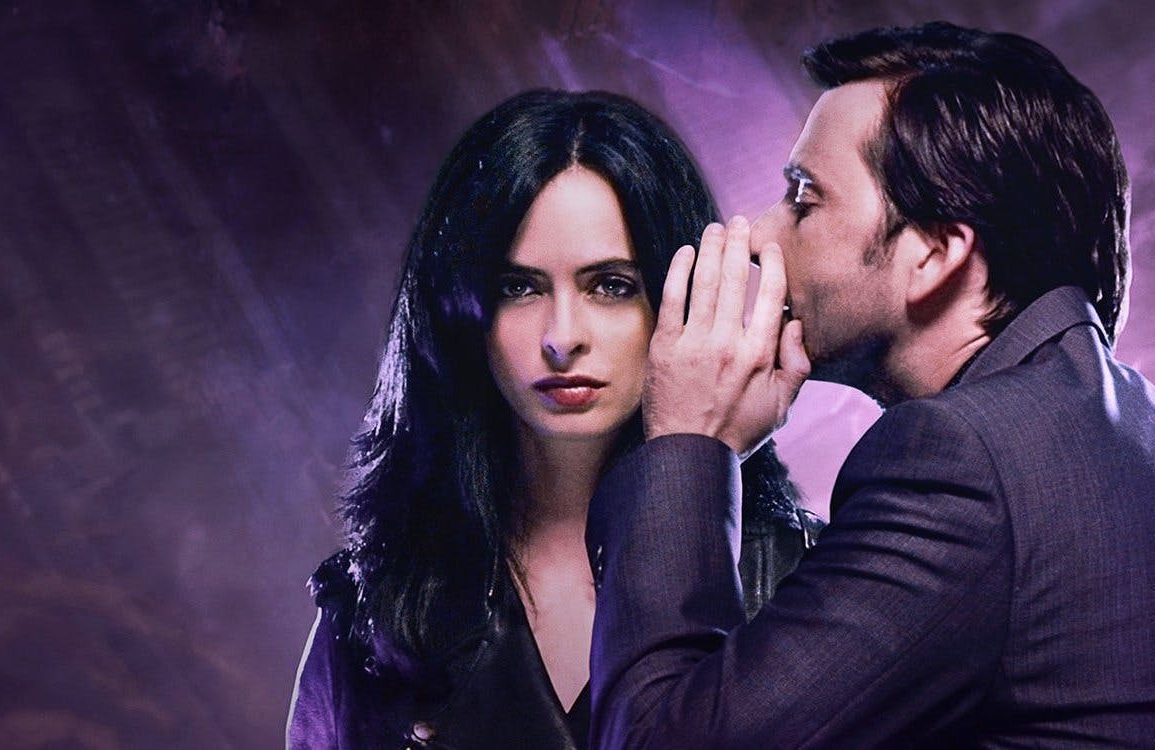 Jessica Jones is the weakest of the Marvel shows for me and it takes a while for the protagonist to actually become appealing but Luke Cage and Kilgrave make it worth your patience… almost.

Plot: This Netflix original chronicles the life of one of the darker Marvel characters, the mysterious Jessica Jones. When a tragedy puts an end to her short-lived career as a superhero, Jessica settles in New York City and opens her own detective agency, called Alias Investigations, which seems to be called into cases involving people who have special abilities. Suffering from post-traumatic stress syndrome, Jessica wants to do good, but her primary interest isn’t in saving the world, it’s saving her apartment and getting through each day. Based on a graphic novel intended for adults, this is not a superhero story for the kids.

Review: It has literally taken me months to make it through this series after stopping and starting it as it is without a doubt the most boring TV show Marvel have ever done. It doesn’t help that our protagonist Jessica Jones (Kristen Ritter) is such a self-loathing, obnoxious, rude prick that it’s very difficult to actually root for her. Most of my friends gave up with the show after 2 or 3 episodes but I was determined to finish it as I want all the Netflix Marvel shows reviewed on the site… and then I can finally watch/review Banshee.

Jessica Jones requires patience; in fact it requires the patience of a saint as there really isn’t much in the way of action for the first half of this season. Jones is a private Investigator after all so she investigates things… very, very slowly while drinking a lot of booze and generally feeling sorry for herself.

She is haunted after being controlled by a psychopath known as Kilgrave (David Tennant) who essentially raped her and made her do terrible things, including murdering Luke Cage’s wife Reva. This explains why Jessica isn’t exactly pleasant to be around and it’s also a problem when you almost root for the villain instead. Enough can’t be said about how awesome David Tenant was in this show; he was funny, pathetic, creepy and scary all rolled into one and it is his mere presence that elevates this show just above 2 stars.

As with everything on Netflix this show has tons of sex, graphic violence and lots of horrible characters that are difficult to take to but one of the shining lights of the show is the introduction of Luke Cage (Mike Colter) who is a hero in every sense. This is explored more in his own series (which I’ll get to next) but he screws around with Jessica for a while until he finds out about his wife and then he ends up under Kilgrave’s control leading up to the best fight scene in this season between Luke and Jessica. There is some action throughout the show but they are mostly uninspired fights and a few super strength moments.

It definitely improves in the second half and gets more intense as Jessica desperately tries to take down Kilgrave once and for all. You also need to give Jessica time to grow on you which took a while for me, in fact it wasn’t until I saw The Defenders that she became more sympathetic. She is a very complex character which must be why Ritter enjoys the role as much as she does.

I love how Rosario Dawson’s good Samaritan nurse Claire is involved in all of these Marvel shows and she is the one person who can keep all these self doubting heroes on the right track with her simple wisdom and pure heart.

The music is slinky and jazzy working perfectly in creating the detective serial vibe with some cool electric guitar incorporated into the main theme.

Overall, Season 1 of Jessica Jones is a tough slog and really rather dull but it picks up in the second half and it’s worth watching for David Tennant at his absolute best.