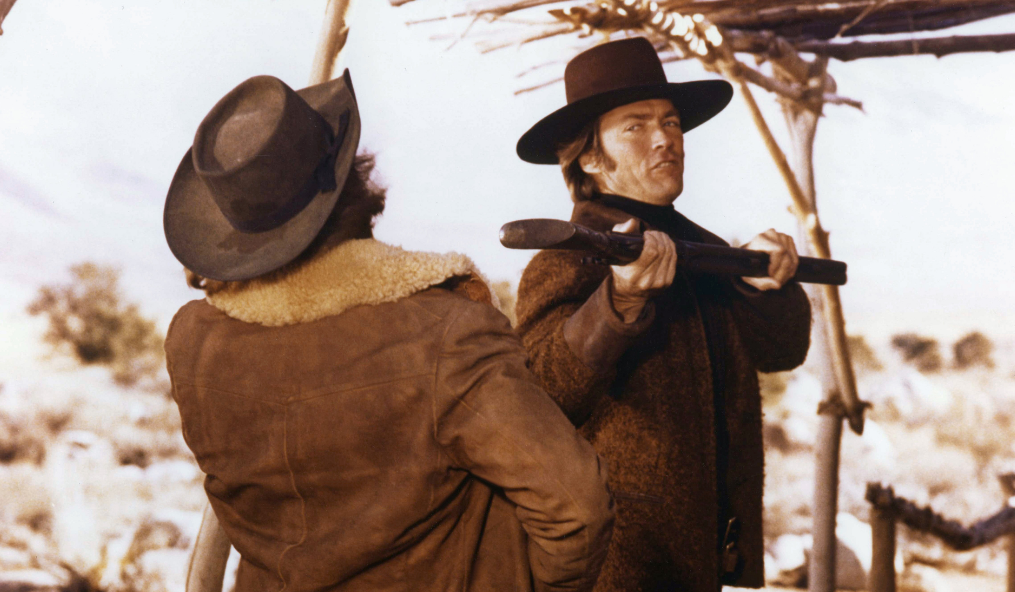 Joe Kidd is an entertaining western that was some fun set-pieces and choice dialogue; it’s also pleasingly short but one can’t help feeling that it could have been so much more.

Plot: In New Mexico, one-time bounty hunter Joe Kidd (Clint Eastwood) owns a ranch where a nearby group of Mexican revolutionaries, led by Luis Chama (John Saxon), fights for their rightful land after the U.S. government denies their claims. In response, a greedy landowner (Robert Duvall) gathers a posse to capture Chama and solicits Kidd’s assistance. Kidd, who has no interest in the matter, changes his mind when he discovers Chama has stolen a horse and roughed up a worker from his ranch.

Review: Clint Eastwood stars in this pleasingly short and entertaining Western directed by John Sturges (The Magnificent Seven/Chino) with a script from Elmore Leonard.

This was one of Sturges’ last films that he helmed and he apparently had trouble directing Eastwood for this film and regretted that he never resigned from it. According to IMDb this problem was due to Sturges’ drinking problem on set; Clint Eastwood was annoyed with Sturges’ lack of professionalism during the shoot and felt it compromised what could have been a great movie.

Admittedly, this isn’t quite up there with the likes of the Dollars trilogy, but Joe Kidd still keeps the viewer entertained with Eastwood’s man of few words and a supporting cast that includes Robert Duvall on villain duties and John Saxon sporting a slightly dodgy Mexican accent as Luis Chama. Interestingly Chama was going to be more sympathetic but Eastwood wanted Joe to be seen as the main hero of the tale so Chama was made more selfish. You can tell that there was more to Chama as there are hints of it throughout so it’s a shame he wasn’t better fleshed out in the final film; Saxon would later publicly apologize for playing such a dubious character.

I haven’t seen too many movies where Robert Duvall was the villain but he is effectively menacing as he coldly shoots people in the back showing no remorse for his actions. It gets quite tense in parts especially the church sequence when Harlan vows to kill 5 people every few hours until Chama gives himself up.

There isn’t much to the film and the pacing lags a little in parts but it’s never dull as Joe tags along with Frank Harlan and his posse hunting down Chama after he steals Kidd’s horses.

In terms of action we get some shoot-outs and fights but the stand out moment has to be the train crashing through the bar which is nicely done (see below).

There are some touches of humour mostly courtesy of Eastwood especially the scene where he is drinking the beer with all kinds of chaos going on around him.

Lalo Schifrin (Dirty Harry) provides the score and it’s very much his noticeable style; it’s not a classic but it works for the movie just fine.

Overall, Joe Kidd isn’t top tier Eastwood and I wonder what it would have been like if Sturges was at his best but it’s still an entertaining Western with enough action and a short runtime to keep the viewer engaged.