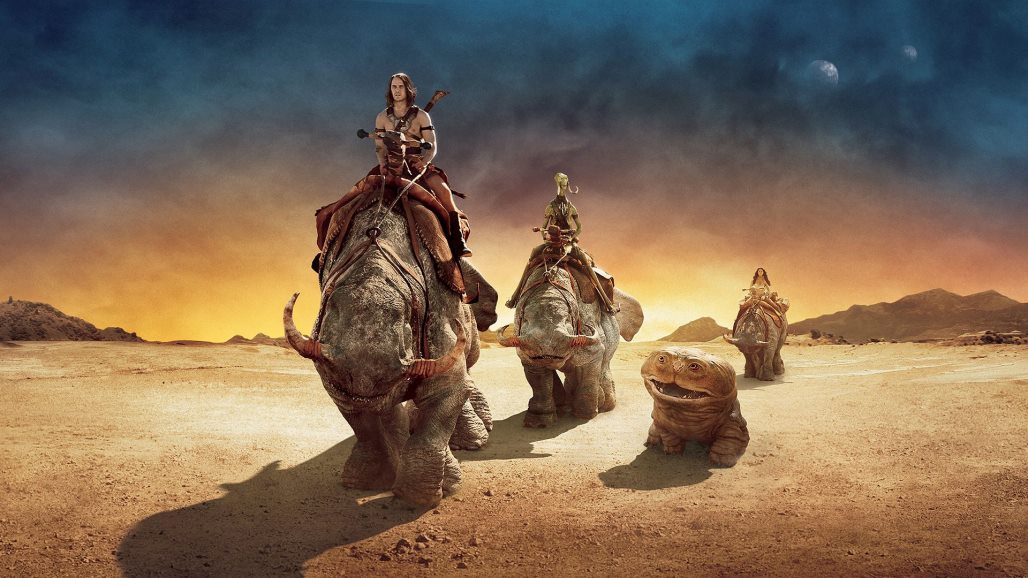 John Carter and the Gods of Hollywood (2012) Book Review

Despite a lot of typos Gods of Hollywood is a well researched and enthralling look into a box office failure and how it all fell apart.

Plot: JOHN CARTER AND THE GODS OF HOLLYWOOD examines every aspect of Andrew Stanton’s adaptation and Disney’s marketing campaign and seeks to answer the question: What went wrong? It includes a history of Hollywood’s 100 year effort to bring the film to the screen, and examines the global fan movement spawned by the film.

Review: I remember the first time I saw a trailer to John Carter (of Mars), I thought “I have never heard of this story before but it looks like Attack of the Clones.”

Upon doing a bit of research, I found out it was based on A Princess of Mars by Edgar Rice Burroughs, but the name was changed to simply John Carter by Disney because of the negative connotations associated with Mars after the box office failure of Mars Needs Moms.

This fascinating book really delves into the tortured history of putting the film together, the poor marketing and the frankly disappointing end result. I actually quite enjoyed the film more than I expected but the trailers did nothing to persuade me to watch it. It wasn’t a total box office failure though, with an international haul of $284,139,100 which would be respectable if the budget hadn’t been allegedly $250 million.

We find out that in the 90’s originally John McTiernan was set to direct the movie with Tom Cruise as the lead and Julia Roberts as Deja Thoris. Now THAT would have been a box office hit; rather than casting actors nobody had really heard of, stick in Tom Cruise in his prime and it could have been a classic.

It’s no wonder the 2012 film wasn’t a huge success though as there was no star power at all and despite what people say, you need at least ONE famous person to sell the movie.

It’s funny how Edgar Rice Burroughs essentially helped with the creation of Star Wars and Avatar to name but a few, but because it took so long for a film to come along it ended up looking derivative.

Disney was going through a major regime change during the production of John Carter and this was one of the many things that went wrong with creating buzz for the film. Marketing people came and went and the Studio really didn’t know what to do with the film.

Author Michael Sellers clearly did a lot of research to put this book together and if you have even a passing interest in why the movie failed, then it’s definitely worth picking up. The only thing which bugged me and this is no exaggeration but it has the most typos I have ever seen a printed book. Literally, there were typos on nearly every page and it ended up being distracting.

If you can get past that then I‘d definitely recommend taking a look as we get a bit of a look at how Disney doesn’t always do everything right. I recently picked up the complete Marvel comic of John Carter’s adventures called John Carter: Warlord of Mars; personally I would have called the movie that but I guess “Warlord” is a bit too un-PC today.

Overall, John Carter and the Gods of Hollywood provides a fascinating insight into the failure of the movie and for fans of behind the scenes stories, then this is pretty essential. Next time though, maybe have someone proof-read it before publishing.