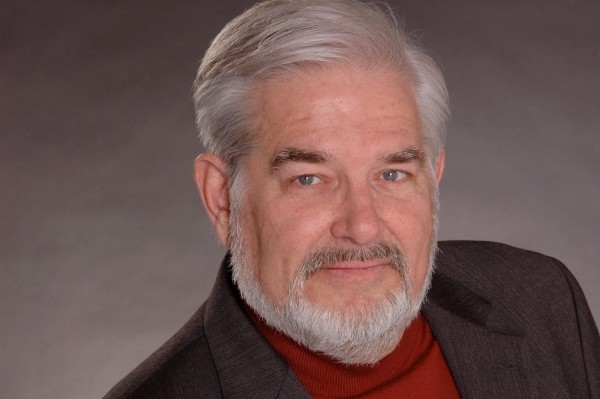 John Depew discovered his love of acting some 15 years ago at the age of 46. Since then, every day he is in the theater or on the set makes him feel as if he’s 21 again. Regardless of when he got his start, John has built a body of work that anyone would be proud of.

John’s newest movie project entitled Lazarus Rising is an action thriller that tells the story of a hit man on the run and a woman with a secret who try to evade teams of assassins headed by the lethal and relentless Mr. Gray…

John chats with The Action Elite about the movie.

What was it that appealed about the script to Lazarus Rising?

What appealed to me about Lazarus Rising is what appeals to me about all the films I’ve done; it’s not just an action picture but it’s also a character study. You really get to know who these characters are and the other thing is that it’s not just good guy versus bad guy.

Good guys and bad guys have both good/bad in them and I think that’s a much more realistic and more interesting story to tell people. Look at our character Mr. Gray; as evil as he is he’s still a human being. Even though he’s a hitman he’s still looking for a way to redeem his life.

I agree, I actually liked Mr. Gray as he wasn’t totally evil and had a code of honour; I would totally watch spin-off simply focussed on him.

Yes, definitely I’ve been thinking about that! In fact, when we were making the movie one of the things I was thinking about was the marketing; you make a movie you put a trailer up there, we know people will stay interested but anyone who has been in this business for a while knows that it takes at least a year or two to make a really good film and you want to keep people’s interest in it.

Adoni Maropis who played Mr. Gray lives out in LA and I’m in Boston so it was a little tough to fly him all the way back otherwise I would have done his story. Then I was also thinking I’d like to do more on that character at some point.

I LOVE THAT! (laughs) You and I gotta talk!

I was thinking maybe 3 Shades of Gray may work (laughs). Badass Mr. Gray or even Good Guy Mr. Gray,

Any of those works.

Did you previously know any of the cast and crew beforehand?

No, on the first three films I did I always used the same crew and when we were making Lazarus I knew I was going to have to take my next step up in filmmaking and get some name actors. We auditioned in LA as well as New York and Boston where I’m from. Most of the film was shot in Boston but some of it was filmed out here. I was lucky to get Mr. Gray because I put it on a website called Actors Access where you list the characters and their descriptions. He actually called me about the part and I couldn’t believe it as I’m really a fan of this guy’s work. He was in Troy, Season 6 of 24 (as the main villain of the piece), and so many others and I just thought “man, that guy would make a perfect Mr. Gray”.

Eric Roberts, C. Thomas Howell and a couple of the others went through a gentleman called Scott David who’s really more of a director’s agent and he knows a lot of the actors and their agencies. So I sent him the script and he liked it and he said “if you’re looking for any named actors let me help you out.”

Eric was an interesting story as I originally went directly through his agent and there was no interest there and when Scott David got involved Eric took the part.

Mike Pfaff was very believable as Fitz; was he involved with the project before you or was he your choice?

He got involved very early in the game but not as an actor; he was helping to produce it. Rufus Chaffee who wrote the script based on an idea that I had and we’d been friends for a long time.

Mike had read the script and he called me and he said “I want to be involved in the film in any way I can; I can help with stunts, post-production and I can handle with things out here in LA while you’re looking for actors. I can give you a place where you can audition people”. I said “that’s great” and then about half way through the process in talking to Mike, I’d seen him acting in a couple of things and thought “Wow, this kid can act”. He also did his own stunts which most of the cast had to do. If there was a fight scene I was looking for people who could not only act but people who could do a fight scene.

When Mike auditioned I just said “Oh my God, that’s our Fitzpatrick!”

Yeah, there was a vulnerability as well as toughness to him so he was definitely the right choice.

Was there any characters that jumped off the page at you and made you think THAT is my favourite character?

Well as a director they’re ALL my favourite characters. I did like the character of Mr. Gray but I gotta be honest with you, I liked every single character in the exact same way. I think what made the picture so great were the actors themselves that I hired. Someone once asked me what are my greatest talents, acting or directing? I said “My greatest talent is finding great people and getting the Hell out of their way.” I feel that way about actors; often when they come on set they’re a little bit surprised that I’m not giving them a lot of direction to start with. I’ll just say “here’s the scene, here’s the blocking, let’s see what you do with it.” Another thing I’ve always believed is you can’t think of everything; so you come up with an idea and then the actors come up with their ideas or their interpretation, then you’re in a better spot.

Did you have to cut anything that you regret?

Yeah there were a few scenes that we had to delete and had to cut the story down on but for the most part I got nearly everything I wanted in the film. There was the lake scene and we were going to have to cut it because the segue between the one prior and the one after had the actors in different coloured clothes. My editor Spencer had a really great way of getting around it and did some colour correction and I‘m really happy with the way it came out.

Best behind the scenes story?

(laughs) Oh every single day! One of them was at the last minute we had to change the location; we were like “Oh my God, we’ve got one day to find a new location!”

One of the funnier events and one thing I learned about directing actors; the character Silent Cal was originally going to be a Michael Madsen type character. Somebody who could deliver the lines really slow and deliberate.  When C. Thomas came on board I said “just do the scene” and I call “Action”. You’ll notice in the film he’s very hyper and fast the way he delivers lines. I call “Cut!” and walked up to him and he asks “How’s that?” I said “Silent Cal, is not so Silent. God, I LOVE IT!”

Then I thought to remember to keep that in mind; let them act first and you can always correct them but you can’t change great ideas if you don’t know what they are.

Tell us a little about your company Wild Beagle Productions? Where did the name come from?

Well we started the business about 5 or 6 years ago; we did our first film called 27 Down which was about a cop who gets drunk one night and runs over a 10 year old kid by mistake, then he is assigned the case and has to deal with the parents. So I had this great idea and at the time all I was doing was acting and the company that wanted to do the film, I had to work with them behind the scenes on a prior film. Just the way they were running it made me think this was going to be a really bad experience. They were just trying to cut costs; they don’t care about the actors, they don’t care about their crew…

So I went home to my wife and we went out for dinner and I said “I don’t think we’re going to do this”; she said “why?” and I told her so she said “well then let’s start our own company; we don’t travel much or go on vacation. We’ve got the other business so we can afford it so let’s just do a movie”. We knew enough people in the business because I’d been doing it long enough so that’s how it started.

When we were trying to think of a name for the company, I had just bought this beagle and she was very hyper.  She just kept jumping up and down on the table we were working on, trying to get up on my lap and everything else. Someone came in from the other room and said “man, that dog is really active!” and I said “Yeah, she’s a little wild beagle” and my wife said “Wild Beagle Productions” and that was it. The dog’s been with us for 15 years and still going strong.

The next one we’re working on is an unnamed script but it’s also an action thriller; it’s about a detective who is about ready to retire and he has another partner who really wants to help him solve the crime but what he doesn’t realize is the guy he’s hiring knows who the killer is and has been hiding it all along. So anyone who is reading this, that’s my idea and I’ve already copywrited it! (laughs)