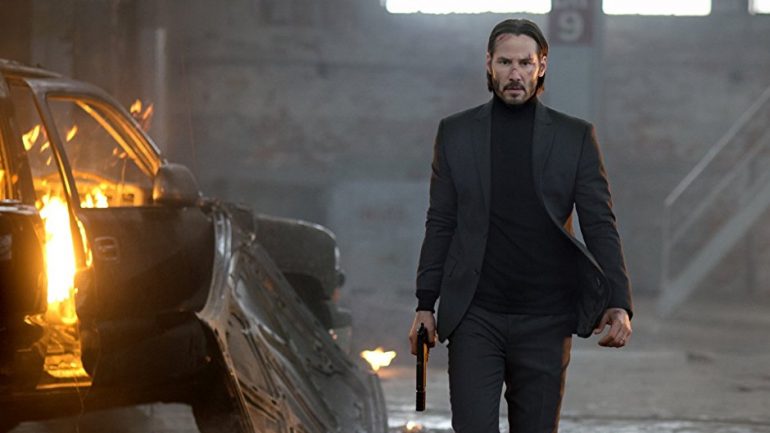 Strap yourself in for one of the best action movies you’ve seen in years. An instant classic!

Plot: An ex-hitman comes out of retirement to track down the gangsters that took everything from him.

Review: John Wick was an under the radar action movie that came out of nowhere; when the first trailer debuted a while ago, action fans everywhere sat up and took notice. Wait a minute… this looks like it just might be awesome, and dare we say it, the action movie we’ve all been waiting for. Well you can rest easy, my friends because John Wick is one of the best American action movies of the past decade. It just does everything right, from the characters, to the tone and most importantly the action.

Chad Stahelski and Derek Leitch make their directorial début and are officially the most interesting directors to happen to the action genre since Gareth Evans exploded on to the scene with The Raid.

They are part of the 87 Eleven Action Group who have done stunning work in the action genre over the past few years and with John Wick they really have exceeded all expectations.

It’s a rare thing these days for me to be excited by a film; usually I’ll come out and think “too much shaky cam or CGI” but not with this movie. There is no shaky cam, just stunning action scenes which totally blew me away.

We’ve got shoot-outs, hand-to-hand combat and a protagonist who is a complete badass, yet likeable and vulnerable at the same time. Keanu totally owns the role and makes John Wick one of the most iconic action heroes for several years.

One of the best things about the movie was the addition of Daniel Bernhardt who is a personal favourite action star of mine. He has a beefy role as a henchman called Kirill that gets several fight scenes with Keanu which are thoroughly satisfying. Bernhardt is another 87 Eleven Alumni having worked with them in his hugely entertaining short film Fetch from a couple of years ago.

Michael Nyqvist is clearly enjoying himself as the villain Viggo Tarasov who reluctantly takes up arms against John Wick after Tarsov’s son kills Wick’s dog and steals his car. I’ll just add that the scene with the puppy is upsetting but you don’t really see it, so don’t worry.

It really is the most adorable little pup you’ll ever see though, so anyone questioning Wick’s motivation will understand completely after watching the movie.

Tarasov is a great villain; he’s pretty much terrified of Wick which adds a nice touch of humour to proceedings; so it’s not a sombre piece but actually has heart and a few laughs too.

Keep your eyes open for a small role from action legend David Patrick Kelly who you’ll remember from The Warriors, The Crow and Last Man Standing, to name but a few. There are also roles for Willem Dafoe and Ian McShane who class up the movie by simply walking on screen.

John Wick is beautifully shot too particularly the scenes in the bath house which are nicely lit and create a graphic novel feel.

There is a surreal vibe in places and the whole concept of “The Continental” was a stroke of genius too; I would certainly be up for a spin-off movie or TV series which tells the tales of the different assassins who hang out at this hotel.

The movie has a great rock music score and some choice songs as well which is essential for every decent action movie.

I don’t want to say much more and spoil the movie for you but rest assured, when you sit back in the theatre chair on October 24th, strap yourself in for one of the best action movies you’ve seen in years. An instant classic!