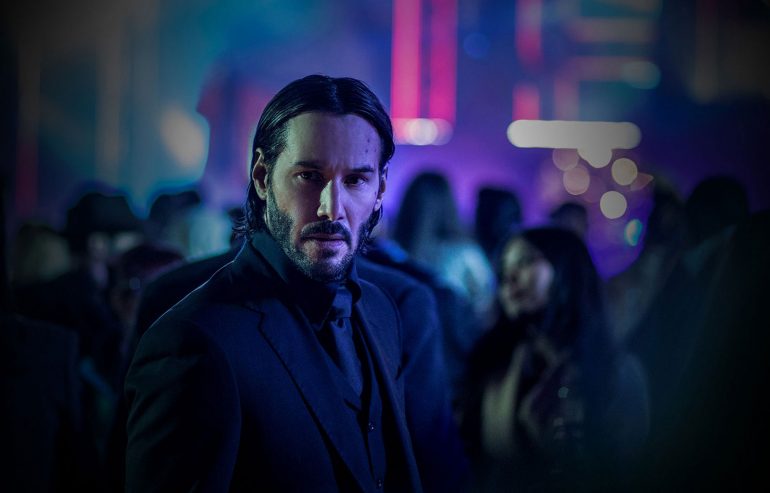 With the third John Wick movie currently shooting and the first two already hugely popular among action movie fans it got me thinking; is John Wick the best action movie character of the past decade? With his stylish taste in suits, weaponry and locations Mr. Wick knows how to dress to impress… and kill.

Sure, we don’t know that much about him but that mystery is what makes him more interesting and most importantly he’s killed a lot of people which is necessary to be an action movie badass.

Keanu Reeves’ dedication to the role is unparalleled with him undergoing real weapons and fight training so the action scenes can look more authentic. We know that Wick is a brutal killer but he left that world behind to be with his wife who taught him how to love. When she becomes terminally ill she makes sure John is left with a companion – the cutest damn puppy you’ve ever seen. When some Russian scumbag gangsters break into Wick’s house and kill said puppy you want Wick to destroy every last one of them in as brutal a fashion as possible and that’s exactly what he does. He is a straightforward man who shoots first and asks questions later in true action hero fashion.

There are other great action movie characters like Yuri Boyka from the Undisputed series as well as Bryan Mills from Taken but there’s something about John Wick that makes him stand out. I think it’s the world building that has taken place in the movies so far with The Continental a great creation that introduces us to this strangely sophisticated world of hitmen that have a strict set of rules where they can’t kill anyone on Continental grounds… or else.

This sense of honour gives the story and characters that extra bit of gravitas which lifts it above the average hitman movie; the fact that the villains are terrified of John Wick is my favourite aspect of the films as this is something we rarely get to to see in the genre.

There has also been a domino effect as other action movies now are trying to match the world of John Wick for its style (Atomic Blonde), characters and high bodycounts with each movie/character being described as “the female John Wick” or “the next John Wick”. The directors David Leitch and Chad Stahelski’s careers are going from strength to strength and they are now involved in some of the biggest blockbusters being made today.

This is all good in my book as Wick is a welcome return to the old-school action heroes of the golden age. I’ll agree that the movies are a little slow at times but John Wick’s sheer invincibility and determination to get the job done makes him a force to be reckoned with and for me at least the best action movie character for several years.