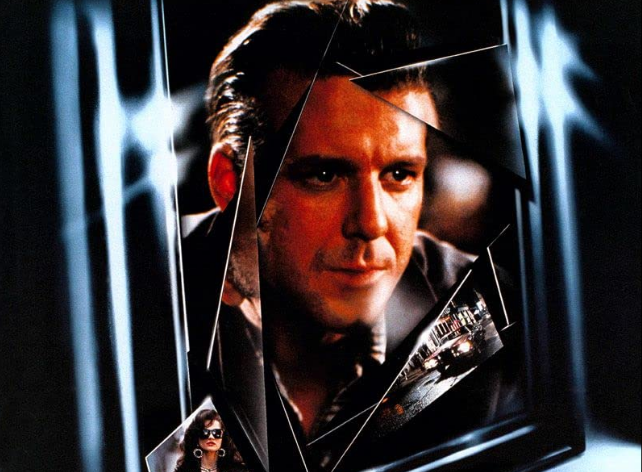 Johnny Handsome may lack heart but it still very much feels like classic Walter Hill with winning performances and visceral action scenes. This Blu-ray has some enjoyable special features but I wish we could have had even a short interview with Walter Hill about the film.

Plot: Mickey Rourke is John Sedley, a petty gangster whose facial deformities earned him the nickname “Johnny Handsome.” When Johnny and a friend are double-crossed during a robbery by two partners, his friend is killed and Johnny is sent to prison. There, a sympathetic surgeon makes a deal to give Johnny a new face – and a new shot at life. Once on the outside, Johnny discovers that staying straight isn’t easy. But his new look does open one door for Johnny – revenge.

In Johnny Handsome Rourke plays our lead John ‘Johnny Handsome’ Sedley, a career criminal who was born disfigured but when he gets the opportunity for a new face and life he discovers that he can’t let go of the past and it’s on the inside where he is truly ugly.

Johnny Handsome is loosely based on the novel The Three Worlds of Johnny Handsome by John Godey and is an intriguing concept because really our protagonist is also the antagonist. John Sedley may be disfigured and hard to look at but we still don’t really root for him because he can’t let go of his thirst for revenge against the people that wronged him and killed his friend. This is a case of bad vs. badder but Rourke manages to make us almost sympathise with him because his adversaries Rafe (Henriksen) and Sunny are almost demonic with how evil they are.

Ellen Barkin arguably steals the movie with her intense performance as the unhinged Sonny who is one of the most memorable female antagonists of the 80’s; her scenes with Henriksen are electrifying and they are both at their absolute best here.

Sitting back you realize the “good guy” is arguably Morgan Freeman’s cop Lt. A.Z. Drones who also isn’t specially likable but he knows exactly who and what Johnny is at his core so he is always on his trail.

Forrest Whitaker is also one of the few decent people playing the doctor that performs the surgery on John’s face and gives him a whole new life. We never actually find out why he wants to give John his new face other than he’s just a nice guy doing him a favour…

After getting out of prison on work release under the name Johnny Mitchell he meets a nice girl called Donna (Elizabeth McGovern) who doesn’t care about his checkered past and believes they have a chance at a life together. No matter how many times I watch this film I always want John to realize the error of his ways and just settle down with Donna but as we all know that doesn’t happen.

It could be argued that the film lacks heart but I feel that’s a deliberate move to give the film a grittier edge and I think it works.

Walter Hill regular Ry Cooder provides the score which isn’t quite as good as his music to Last Man Standing but it still helps to create the sleazy atmosphere of the film.

The action is hardcore and visceral and we can always rely on Hill to give us realistic set-pieces. There is a great interview on this Blu-ray with stunt coordinator Allan Graff who has worked with Walter on multiple projects over the years and he has one of the most recognizable faces of 80’s and 90’s action. He talks about how he met with Hill years earlier and they have worked together in some capacity ever since. Graff also goes into how they put together the explosive opening action sequence where he played the doomed Bob Lemoyne.

After that there isn’t much action until the final 20 minutes but as the film is only 94 minutes long then it’s still well paced with an engaging story and solid performances from the entire cast.

Rourke went under prosthetic make-up every day for this role and even now his face is hard to look at in this movie so it still manages to convince.

Other special features on the Blu-ray include Wordsmith, which is an interview with the film’s screenwriter which is informative as he talks about how the novel it’s based on felt dated so they changed a few elements of it as he thought it was an interesting concept for a movie.

There is another Featurette called Eye of the Beholder which explores the make up effects of the film. Walter Hill is conspicuous with his absence contributing nothing to this Blu-ray which is a shame as I would love to hear more from him about this movie.

There are thankfully subtitles which are required for the scenes when John is speaking under all the prosthetics so they are the most welcome addition.

Considering this is from 1989 the audio and picture have been remastered nicely even if the skin tones seem a little off at times.

Overall, if you’re a diehard Walter Hill fan like I am then you’ll want to pick up this Blu-ray of Johnny Handsome up as it’s an enjoyable noir-ish revenge picture with enough violence to keep genre fans entertained and excellent performances from the cast, especially Ellen Barkin who is terrifying.