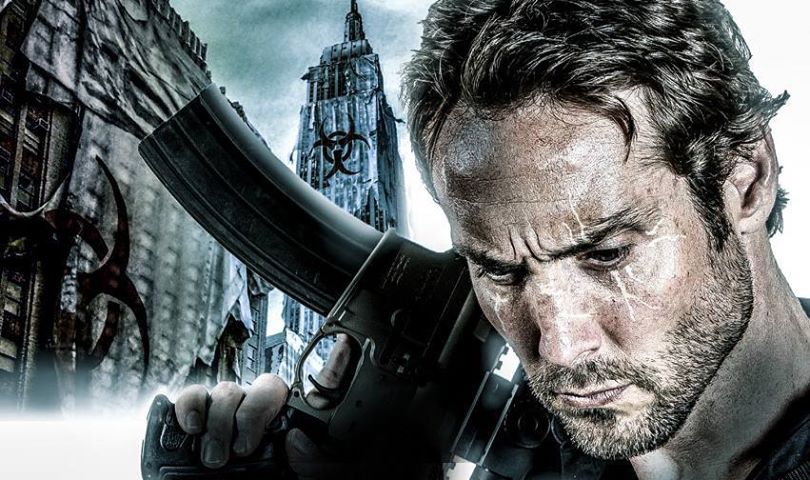 Johnny Strong To Be A ‘Savage’

Plot: An elite team of special operations contractors, conduct a rescue mission, on a remote tropical island, and discover a savage force awaits them…

Johnny Strong started his film career in the Warner Brothers picture, The Glimmer Man, co-starring alongside Steven Seagal, then co-starred with Sylvester Stallone in Get Carter and soon followed up with another co-starring role in Universal’s The Fast and The Furious. Strong also appeared in Black Hawk Down, directed by Ridley Scott. He went on, to star in the independent action thriller, Sinners and Saints, where he received the Breakout Action Star award, and most recently Starred in the theatrical, action horror thriller. Johnny’s music career spans 20 years. Having been signed to two major Labels, selling over a hundred thousand albums, and scoring two feature films.

Over the past couple years, Kaufman has quickly become the go to studio director for mid-priced Hollywood actioneers. Applying his strong indie filmmaker roots, he has built an excellent reputation with the studios he has worked with (Sony, 20th Century Fox and Universal) consistently delivering character driven action films, with a high level of production value that truly sets him apart from his peers. Having grown up on the move, Kaufman had the opportunity to live all over the world, before settling in the States. After high school he enrolled in film school at the University of North Texas. While still a student, he started his career working in the special effects department, where he learned the intricacies of feature film production from some of the most skilled and talented technicians in the industry. It is also here where he began to understand and develop his ability to construct incredible action sequences while working with very modest budgets. Adding to his talents, Kaufman began working as a Second Unit Director and Producer for commercials and feature films. He then went on to direct his debut indie film, “The Prodigy.” With the international success of this little film, the demand for Kaufman really took off. In 2010, He was brought on to direct the Sony Pictures thriller, “The Hit List,” starring Oscar winner Cuba Gooding Jr. and Cole Hauser. That same year, Kaufman also directed and produced his own film, the action thriller “Sinners and Saints” starring Johnny Strong, and Oscar nominee Tom Berenger. Since this runaway cult hit, he has gone on to direct The Marine “Moving Target” for 20th Century Fox and The Siege for Universal Pictures, and the recent theatrical action horror film Daylight’s End.

Daniel Zirilli founded Popart Film Factory at age 24 (after graduating from Pepperdine University in Malibu) and to date has directed and/or produced/written over 45 feature films and 250 music videos (for artists as diverse as The Rolling Stones to Three 6 Mafia). Zirilli recently directed and co-wrote the story for “The Asian Connection” starring Steven Seagal & Michael Jai White, as well as the action/thriller “Crossing Point” (as director/producer) shot in primarily in Tijuana and Baja Mexico, staring Jacob Vargas, Shawn Lock, Rudy Youngblood, Luke Goss, and Tom Sizemore. Zirilli is currently producing a Feature Documentary film based “The Grapes Of Wrath” by legendary author John Steinbeck, featuring James Franco, and he just completed (as producer) “It’s So Easy and Other Lies” based on the book by Duff McKagen (founding member of Guns N’ Roses and Velvet Revolver), and “Isolation” starring Dominic Purcell, Tricia Helfer and Stephen Lang. His Executive Producer credits include films such as “Scorched Earth” starring Gina Carano, “Guilty By Association” starring Morgan Freeman, “House Of The Rising Sun”, starting Dave Bautista, Danny Trejo and Amy Smart, and “The Tell-Tale Heart” (as producer) which stars Rose McGowan and (legendary director) Peter Bogdanovich- a literary thriller based on the classic Edgar Allan Poe short story. Zirilli currently has a slate of films to shot in Thailand, including Savage (as writer/producer) starring Johnny Strong, to be directed by William Kaufman.

“Johnny Strong, proves once again, he is an amazing action star. We should really be seeing a lot more of him in films…”
-TWITCH

“Johnny Strong as the Mysterious Rourke, a ripped tatted taciturn bad ass from New York, I was instantly rooting for him as Rourke, as it turns out the guy is good at playing the anti hero…”

“Johnny Strong is incredibly charismatic on screen, I would like to see him in more movies; in this he reminded me of Clint Eastwood in The Man With No Name Trilogy with a side order of Mel Gibson in Mad Max…Daylight’s End brings the action goods, with a bad ass hero in Johnny Strong…”
– The Action Elite