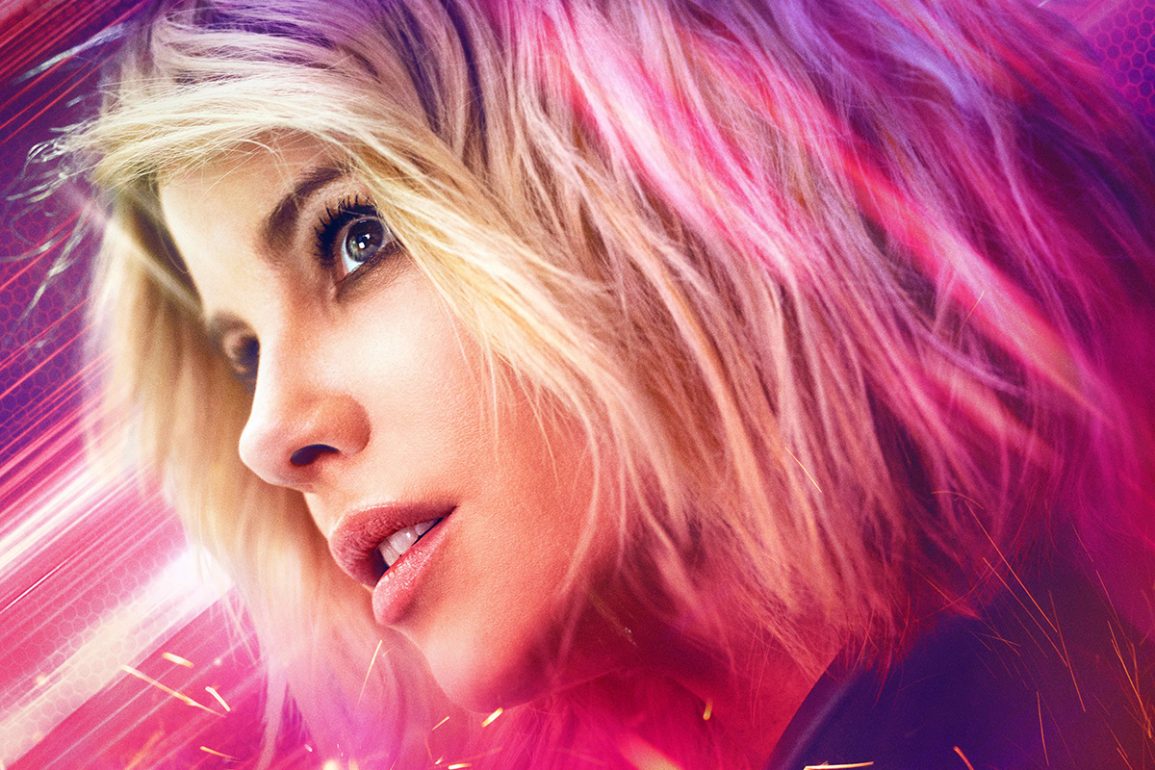 Kate Beckinsale makes any movie watchable and she is clearly having a ball in Jolt as Lindy; watching her take her frustrations out on rude people is genuinely satisfying and throwing babies to distract someone is frankly genius. Aside from that the action was a little lackluster and the ending was annoying as were some of the obnoxious characters/dialogue.

Plot: A bouncer with a slightly murderous anger-management problem that she controls with the help of an electrode-lined vest she uses to shock herself back to normalcy whenever she gets homicidal. After the first guy she’s ever fallen for is murdered, she goes on a revenge-fueled rampage to find the killer while the cops pursue her as their chief suspect.

Review: From the trailers Jolt looked like a sort of Crank-esque actioner with Kate Beckinsale’s Lindy trying control her rage issues but unleashing it upon those who deserve it all with some cheeky black humour.

I love the concept and several scenes had me punching the air (then random strangers) with glee as Lindy knocks out a rude waitress and anyone who comes across as an asshole in any way.

Lindy states at one point that she hates people which is something I can firmly get behind and Beckinsale is at her mesmerizing best delivering some killer lines. Any movie where someone throws babies as a distraction deserves accolades but sadly that was one of the few scenes that stuck with me; even Beckinsale and baby throwing can’t save the rest of the script which is mostly filled with dick jokes.

The character of Detective Nevin (Laverne Cox) was especially obnoxious and very few people were likable but I guess that was the point, so we don’t feel bad when Lindy gives in to her anger.

Aside from the rage issue twist the story is generic with Lindy’s super nice new boyfriend Justin (Jai Courtney) getting himself murdered so she takes it upon herself to track down those responsible. The baby scene is the clear highlight but the rest of the action isn’t especially memorable; there are a few brief fight scenes and a car chase but nothing that truly stands out so you understand why this has gone straight to streaming rather than theatres.

This is a bit of a spoiler for the ending so you have been warned; I was nearly going to give this 3 out of 5 because there was a lot I enjoyed then it had to do what every other godforsaken movie does nowadays where it sets up a potential sequel. Not everything needs to be a franchise and it would be nice to just watch a movie with a satisfying conclusion not leaving things open. Also the big reveal at the end I saw coming from early on but it didn’t really ruin anything.

Jolt has plenty of style and the fact it’s only 90 minutes makes it an easy one-time watch but I doubt I would sit through it again.

Overall, Jolt has some laugh out loud moments and it gets points for being so outrageous but I hated the ending and the script could have been a little better. If you’re a fan of Beckinsale (and who isn’t?) then there’s fun to be had.