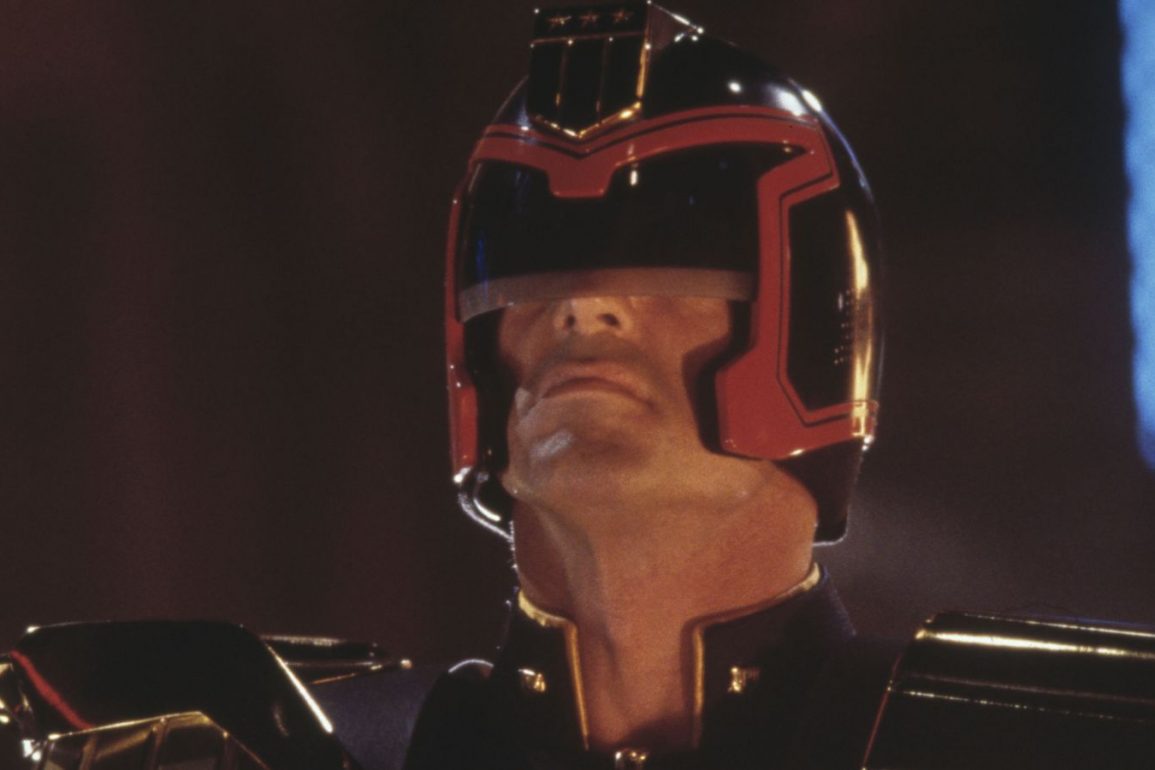 Judge Dredd isn’t as bad as I remember and although the Karl Urban version is better in every way this is still a fun actioner that doesn’t take itself too seriously.

Plot: In the crime-plagued future, the only thing standing between order and chaos is Judge Joseph Dredd (Sylvester Stallone). His duty: police the violent metropolitan sprawls that crowd the decaying earth, and kill criminals on the spot if necessary. The tables are turned, however, when maniacal ex-Judge Rico (Armand Assante) frames Dredd for murder. But, as his opponents soon discover, not even a prison sentence can stop Dredd from doling out his signature brand of justice.

Review: I think I’ve always been rather hard on this movie as after watching it recently the elements that used to bother don’t anymore. Rob Schneider didn’t annoy me like he used to; I’m not sure why but maybe it’s because I met him a few years ago and he was a super nice guy.

As a Judge Dredd film this is not that great however, as a lighthearted Sly Stallone actioner it’s a lot of harmless fun that doesn’t take itself seriously at all.

Stallone is his usual self and delivers his mostly corny lines as well as he can but it never really feels like Judge Dredd; the fact he barely wears the helmet is frustrating as I guess Sly’s ego couldn’t handle covering half of his face for the runtime.

Max Von Sydow provides a bit of gravitas and Armande Assante hams it up nicely as Rico; Diane Lane does feel under-utilized and just doesn’t have that much to do but she’s still immediately appealing.

The ending still feels rather rushed; a friend was telling me a while ago that he remembers seeing a photo of the scene in which the clones are being prematurely let out of their incubators to attack Dredd, and he begins to mow them down with his gun, which explains why the whole lab comes crashing down. That would have made for a more exciting showdown as the final battle between Dredd and Rico does feel like it was shortened and is ultimately pretty unsatisfying.

The soundtrack by Alan Silvestri is one of his best and has a great, heroic theme tune and is arguably the highlight of the film.

Apparently Disney wanted director Danny Cannon to cut the film’s violence down to get the dredded (ho ho) PG-13 rating but apparently that didn’t happen before the film’s release date. What we’re left with is a messy film which is a sadly missed opportunity.

A lot of the visual effects don’t hold up so well with lots of unconvincing bluescreen which takes you out of it a little.

Thankfully Karl Urban and redeemed the name of Judge Dredd with their underrated 2012 film… it’s just a shame no one went to see it.

Overall, Judge Dredd is better than I remember making for a fun ride with some entertaining set-pieces and plenty of quotable lines.  Court is adjourned…