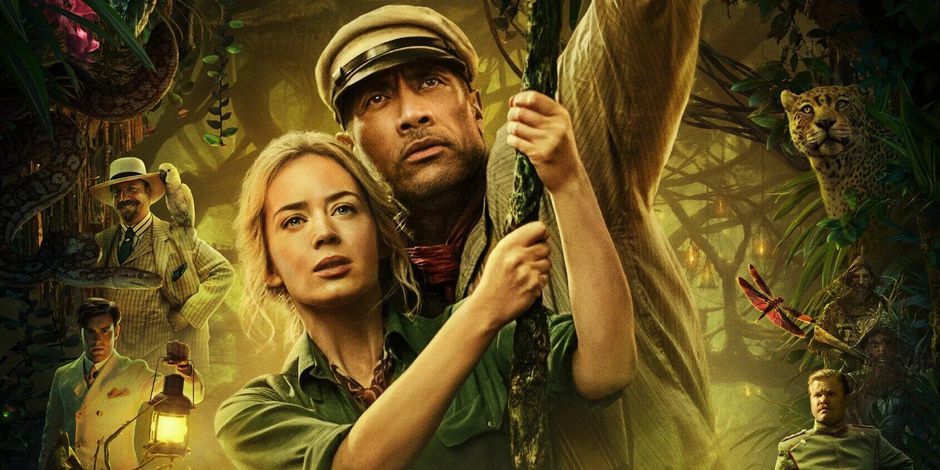 Jungle Cruise will be a hit with younger audiences and maybe adults who are just looking to get away from the tedium of reality for a few hours. The script is questionable and it feels too long but I also couldn’t stand Emily Blunt for most of the runtime and I normally love her. Keep your expectations low and you may enjoy it for the silly nonsense that it is.

Plot: Join fan favourites Dwayne Johnson and Emily Blunt for the adventure of a lifetime on Disney’s “Jungle Cruise,” a rollicking thrill-ride down the Amazon with wisecracking skipper Frank Wolff and intrepid researcher Dr. Lily Houghton. Lily travels from London, England to the Amazon jungle and enlists Frank’s questionable services to guide her downriver on La Quila—his ramshackle-but-charming boat. Lily is determined to uncover an ancient tree with unparalleled healing abilities—possessing the power to change the future of medicine. Thrust on this epic quest together, the unlikely duo encounters innumerable dangers and supernatural forces, all lurking in the deceptive beauty of the lush rainforest. But as the secrets of the lost tree unfold, the stakes reach even higher for Lily and Frank and their fate—and mankind’s—hangs in the balance.

Review: I’ve got a soft spot for adventure movies (and online slot games for free) as they usually provide perfect escapism with characters like Indiana Jones and Lara Croft quickly becoming icons of the genre.

Jungle Cruise is a new adventure picture from Disney starring Dwayne Johnson and Emily Blunt which had been delayed with all this COVID craziness that has gone on.

The movie is finally released this week but despite some entertaining moments it’s hard to recommend Jungle Cruise to anyone over the age of 12. You can tell from the trailer that this is a family movie but it’s really aimed at a younger audience with juvenile humour and kid friendly action scenes.

There are a few punch ups and it isn’t short of set-pieces making for harmless entertainment but it’s hard to get away from the fact it looks like a videogame so you are never truly immersed in it.

I normally adore Emily Blunt but I found her character Lilly rather insufferable for the first half of the movie; she improves as the story is fleshed out but she didn’t have any chemistry with Dwayne Johnson and I felt he put up with a lot from her. Johnson brings his usual easy charm and he has a few decent lines; I laughed at his dad jokes more than I should have. Johnson clearly is a fan of the jungle with not only this movie but the two Jumanj pictures and The Rundown all under his belt.

You really notice the runtime (2 hours and 10 minutes) so it maybe could have trimmed a few minutes just to be a bit tighter because by the end I had practically tuned out.

The music score was suitably thrilling and added to the excitement of the adventure and it even has a memorable theme which is rare these days.

I am not the target audience for Jungle Cruise so I’m trying to look at it through the eyes of a child and I think kids will have a ball with it; I couldn’t get past the ropey script which felt like it was written by an 8-year-old but I guess that was the idea…

Overall, Jungle Cruise is perfect entertainment for undemanding viewers or parents looking to distract their kids for a few hours. There are some fun set-pieces but the videogame look and dodgy script lets it down.