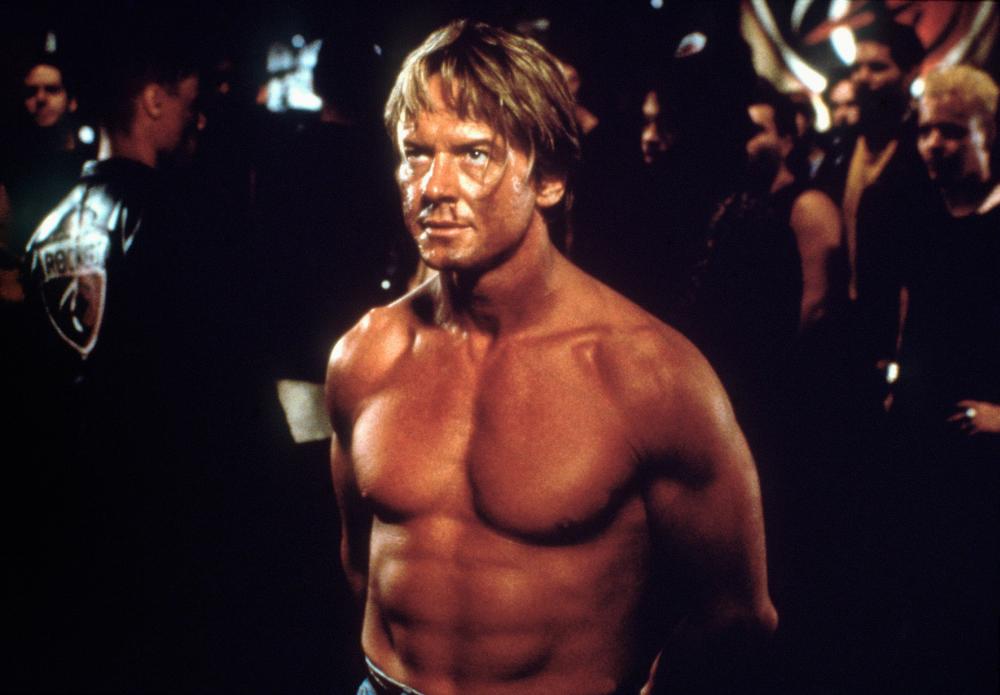 Jungleground is a fun way to kill 90 minutes with Roddy Piper on fine form as a cop battling for survival against the least threatening bad guys in cinema history.

Plot: Roddy Piper portrays Lt. Jacob ‘Jake’ Cornel; a cop working undercover in an area known as the Jungleground. His sting operation goes bad and as a result he is caught by a gang. Young Odin, his captor and would be drug lord decide to play a game with Jake. He is given until morning to make it out of the Jungleground alive. Odin and his men however are hunting Jake and Odin also has a little insurance, he’s kidnapped Jake’s soon to be fiance.

Review: The late Roddy Piper had a knack for choosing entertaining storylines to his action movies and Jungleground is one of his most out there to date. It’s a mixture of Escape from New York, The Warriors and Hard Target and although it’s not as good as them it’s still a lot of fun with Piper on fine form as Lt. Jacob ‘Jake’ Cornell.

At 21 years old the movie is very much a product of its time and there is a lot of unintentional mirth to be had, mostly from the hilarious wardrobe and totally non-threatening bad guys who look like they came straight out of a Janet Jackson video. Piper could have crushed them all with one hand in a matter of seconds but then I guess it would have been a pretty short movie.

JR Bourne is the big bad of the tale called Odin who is hatefully smug and always has one of those smiles you want to punch off his face, so he is an adequate (if forgettable) villain. He does get to shout “Noooo!” at one point though.

I really liked Torri Higginson as Jake’s girlfriend who was more than just a pretty face; she was resourceful and could take of herself quite nicely without ever coming across as the damsel in distress.

There is plenty of action and even a scene with Piper running from an explosion; speaking of explosions, there are quite a few with some nicely done car chases and a few fight scenes thrown in for good measure where our hero gets to use some wrestling moves. As I’ve said before I always liked how Roddy Piper’s fight scenes were more down and dirty with him just punching and kicking his way through bad guys, so it never looks like overly choreographed martial arts.

At one point I’m pretty sure I saw a boom mic which happened quite a lot with many of the B-movie action movies of the 90’s but that’s kind of why I love them so much.

Overall, Jungleground is a fun way to kill 90 minutes with Roddy Piper on fine form as a cop battling for survival against the least threatening bad guys in cinema history.