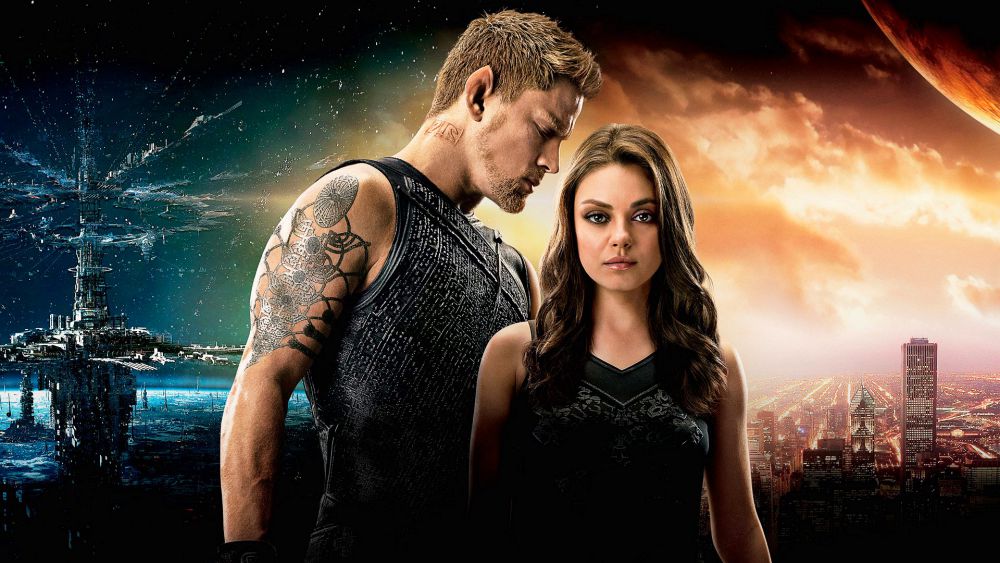 Jupiter Ascending isn’t a terrible film but it’s certainly very flawed and not something I would want to sit through again.

Plot: Jupiter Jones (Mila Kunis) was born under signs that predicted future greatness, but her reality as a woman consists of cleaning other people’s houses and endless bad breaks. Caine (Channing Tatum), a genetically engineered hunter, arrives on Earth to locate her, making Jupiter finally aware of the great destiny that awaits her: Jupiter’s genetic signature marks her as the next in line for an extraordinary inheritance that could alter the balance of the cosmos.

Review: While travelling to Los Angeles a few weeks ago, guess what my in-flight movie was? Yes, The Wachowski’s box office flop Jupiter Ascending was one of the movies to choose from so I thought I’d give it a watch seeing as I wouldn’t have to pay for it.

I’m glad it was free as the movie is indeed pretty bad. It does have some incredibly innovative ideas and spectacular visuals but it also has far too much unintentional humour, mostly due to the hilariously over the top performance from Eddie Redmayne as the villainous Balem Abrasax.

He is mostly whispery but occasionally he’ll freak out and start shouting at people in probably the least threatening fashion ever. He reminded me of Nicolas Cage when he does crazy so these two guys simply need to do a movie together.

There is also Channing Tatum’s ears; I don’t know why they look so silly and yet other sci-fi like Star Trek works so much better. Performance-wise Tatum was fine as Caine Wise and Mila Kunis was suitably endearing as Jupiter but the story was just not that engaging; it was far too long and lacked any real excitement or tension.

Considering this is supposed to be about Jupiter (Kunis) all she does is get rescued by Tatum and look disinterested; she’s a pretty pointless heroine and is totally forgettable. At least she likes dogs though…

The best scene is a chase through Chicago in the middle of the film with Caine rescuing Jupiter from all sorts of general weirdness, including invisible aliens and lizard monsters…

Caine’s jet boots were the coolest aspect of the film and they really need to be invented in reality ASAP.  There’s no denying the ambition behind the project and it was refreshing to see something relatively original which creates a whole new universe of characters.

The special effects were excellent and the action had a real sense of scale to it but when the story is so bland then it’s hard to care.

The music score had a few interesting choral moments but nothing stuck in my head after watching so it can’t have been all that interesting either.

Overall, Jupiter Ascending isn’t a terrible film but it’s certainly very flawed and not something I would want to sit through again. It’s maybe worth watching for the visual spectacle and if there’s nothing else on. Wait for cable…