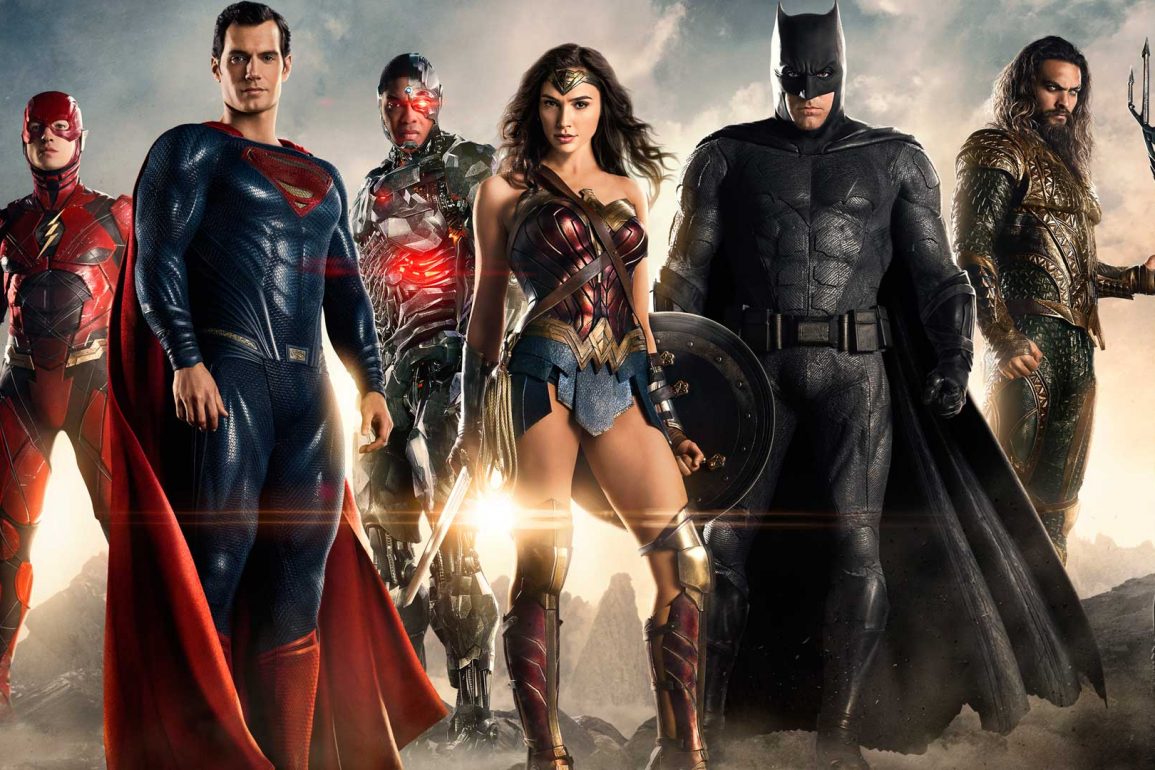 Justice League will have its fans and if you like it then that’s awesome; I just wish it had moved me in the slightest way but sadly it left me cold. I have no desire to sit through it again and I can only recommend that you wait for Netflix and save your cash. Now if you’ll excuse me I’m going to watch a Clint Eastwood film…

Plot: Fueled by his restored faith in humanity and inspired by Superman’s selfless act, Bruce Wayne enlists newfound ally Diana Prince to face an even greater threat. Together, Batman and Wonder Woman work quickly to recruit a team to stand against this newly awakened enemy. Despite the formation of an unprecedented league of heroes — Batman, Wonder Woman, Aquaman, Cyborg and the Flash — it may be too late to save the planet from an assault of catastrophic proportions.

Review: It’s no secret that I am (or should I say was) Team DC; Batman has always been my total hero but I think Justice League, which was one of my most anticipated movies of the year has nearly ruined him for me.

I was worried about it when I heard that Zack Snyder had to drop out due to family tragedy and was replaced by Joss Whedon; changing directors half way through is never a good idea but I don’t think anyone could have saved this movie from its own stupidity.

Going in I thought “Critics! pft, what do they know?” but sadly this time they are 100% correct; Justice League is easily the biggest disappointment of the year for me and I’m still reeling from it. My brother and I went in willing it to be good and admittedly there were a few enjoyable moments but it just felt like it was trying to do too much too soon. There is nothing wrong with doing individual character movies first then doing the Justice League movie so we actually feel like we know and care about these superheroes. There just seems to be a lack of focus making it feel like a mess where they are trying to please everyone while screwing it all up.

After all the complaining about the dark and serious tone of Batman V Superman I figured they would go the Marvel route and add a lot more humour. That they did but unfortunately instead of a coherent script or a story with any stakes whatsoever they have crap joke after crap joke.  It lacked any kind of sophistication and much of the footage from the trailers was also left out so it felt like we were missing half the movie.

I feel like there will be an Ultimate Edition Blu-ray down the road at some point which will rectify some of it no doubt but there are some things that extra footage just can’t fix.

The biggest problem though was Steppenwolf; I applauded them when I first heard he would be the villain as he was lesser known to non-comic fans but would also introduce us to the big bad Darkseid at a future date. When Steppenwolf first appeared and I saw the frankly terrible CGI I said to myself “are they taking the fucking piss?”

I know I whine about CGI exhaustingly but trust me, I’m right this time; this is like CG from the late 1990s and at times looked like a cut scene from a PS1 videogame. Steppenwolf is also given zero depth or development and pretty much as soon as he is introduced the movie lost me.

But wait, Superman is going to come back and save the world and this movie right? Well, kinda… they got Superman more like the character we know and love so he smiles more and is the symbol of hope we all wanted to see but the way he was brought back felt clunky; the “resurrection” was mishandled and anti-climactic when it should have been one of the greatest moments in comic book movie history.

Gal Gadot is still radiant as Wonder Woman, Ray Fisher was quite cool as Cyborg and Jason Momoa managed to make Aqua Man awesome but the newer characters never really get any time to breathe so we don’t really care about them or feel that anything is at stake. But there is a nameless Russian family in the ass-end of nowhere that might get killed by Parademons… who cares?

Ezra Miller had a few funny moments but The Flash was never cool (which he is) and his clumsiness and constantly looking surprised got annoying rather quickly.

It pains me to say this but the one character they messed up the most was Batman! In this he’s mostly just a dick and never really comes across as this angry force of nature which he was in BVS; at least it had the warehouse scene which remains the best Batman action sequence to date. I get that he was feeling more positive due to Superman’s noble sacrifice but his complete transformation as a character just didn’t work for me.

None of the action was memorable in Justice League and at no point was it thrilling. It didn’t help that the sound was also pretty bad in our theatre so whenever I was looking forward to hearing the classic Batman and Superman themes, instead I got to hear the fat guy in front of me eating his nachos loudly. I also missed hearing Hans Zimmer’s themes which I hoped would be more prevalent.

At no point will you feel anything watching this movie aside from disappointment and possibly wondering if you left the stove on.

When the movie ended my first thought was “hmm… was that it?” and it got me thinking that maybe I’m just too old for these movies now.