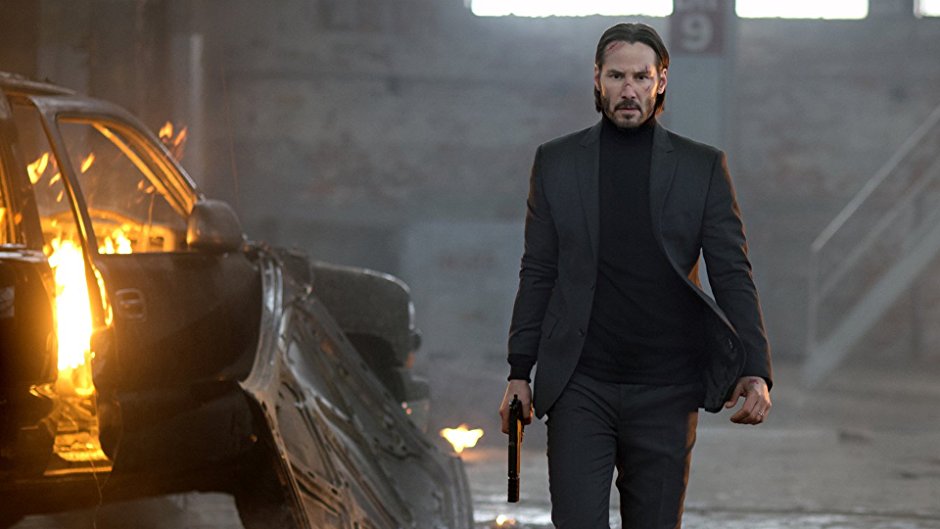 The Action Elite were kindly invited to join in a roundtable discussion with Keanu Reeves and several other media outlets where we chatted about his new movie John Wick.

Plot: An ex-hitman comes out of retirement to track down the gangsters that took everything from him.

Here are some of the highlights and you can listen to the full 27 minute interview below.

When asked how he chooses roles and why he picked this one:

I guess it starts with the script and the character but also what the story is. Who is involved with it matters too and it all comes down to personal taste.  For this, I really liked the character of John Wick and I really liked the tone as well where it’s this real world aspect mixed in with this underworld of criminals. I like the rules and the code; it just had something fresh about it.

Although he’s undoubtedly a badass, John Wick is still very human and he’s not invincible. Is that what appealed about him where he’s capable, but vulnerable at the same time?

Yeah! I liked that aspect and it’s nice to lay a rich, full-blooded character and I liked the emotion of John. I loved that opening where we see John’s grief and how it turns into a kind of determination. So it was a really fun role to play and to have a lot to chew on. It’s kind of what you look forward to; the film’s an action movie but it feels like it has a lot of soul to it and also has a lot of fun.

I loved the whole concept of The Continental; it was something we had never really seen before. Would you ever consider spin-off movies or even a TV series focusing on the various assassins that hang out there?

Yeah, the world very much lends itself to that and I think the way we watch stories now we consider that aspect. It’s cool because it excites curiosity, like we’re curious about these other people and these other places which shows how well they’re realized. The writer I know had some interests in what happened to John Wick but when making the film we didn’t really go into it. We’d speak more about the “impossible mission” that Michael Nyqvist’s character spoke about. “So I gave him the impossible mission.” *laughs* We were always like well what WAS that; this 3 day battle, so we would speak more about that. In terms of exploring it further, I mean I’d love to play the part again but it’s up to the audience…

On the fight scenes of John Wick:

The directors wanted to do long takes with me doing as much as I possibly could and I was like “YES!” because it brings character and action together and I think that’s a really enjoyable mix.

For this I had to go through 3 months of training with the different techniques. On The Matrix movies I would be fighting hundreds of Agent Smiths and I’d be training with the stunt men for 6 weeks. I’d train from 9 in the morning until 5 in the afternoon. For this I got trained in certain moves like throws and how to be thrown so I gained what we call a “toolbox”. I’d keep adding to that as I would be working with this Army Special Ops guy who’d be showing me different techniques and I’d be like “WHAT’S THAT?!?” So Wick does a whole different bunch of techniques.

On working with Daniel Bernhardt:

He played a Smith in The Matrix so we have a fighting history so there’s this shorthand and trust where he’s like “OK so we’re gonna do this and then you’re gonna do this” and so on…. but it’s very much a high wire act because we only have a certain amount of time.

On the fight scene with Adrienne Palicki:

Oftentimes because we didn’t know the sets because we were on a kind of time crunch. I learned that fight scene with the female assassin two hours before we shot it so that scene in the nightclub, I was still learning my way around the set and it was actually pretty intense.