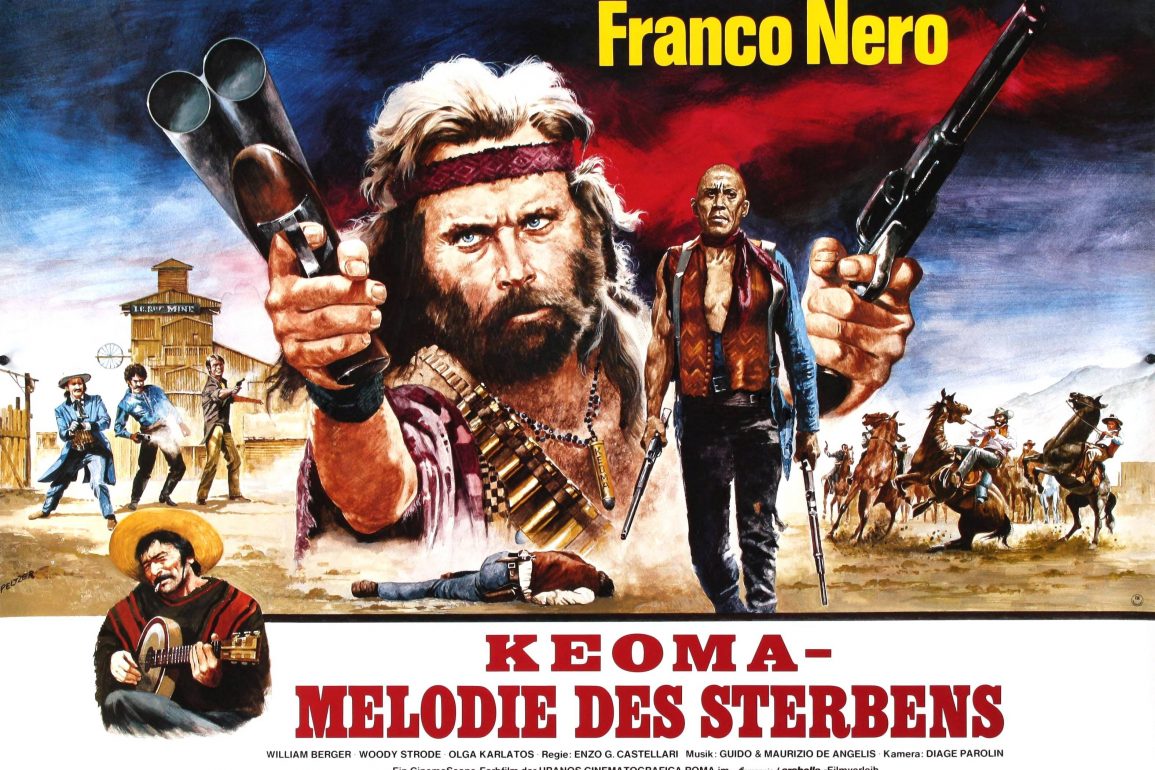 The music may be totally bizarre but Keoma still manages to be an awesome little Western.

Plot: “Half-breed” Keoma returns to his border hometown after service in the Civil War and finds it under the control of Caldwell, an ex-Confederate raider, and his vicious gang of thugs. To make matters worse, Keoma’s three half-brothers have joined forces with Caldwell, and make it painfully clear that his return is an unwelcome one. Determined to break Caldwell and his brothers’ grip on the town, Keoma partners with his father’s former ranch hand to exact violent revenge.

Review: I have to confess that I’d never heard of this movie until I got it in a Blu-ray double pack with The Grand Duel a few weeks back, so imagine my surprise when it turns out to be a bit of a minor classic.

Franco Nero stars as the title character Keoma; a man who was adopted by a kind man who was also one of the most feared gunfighters in town.  Keoma spends his youth being bullied by his “brothers” who see him as different and never treat him like family. This is important throughout the story as he ends up having fights with all three brothers and they never reconcile their differences.

It’s quite a surreal film and I have a feeling that it was made in a haze of bong smoke, especially the soundtrack which is laughably horrendous. At first I thought the music was meant to be funny but it’s really, really bad.

Thankfully that’s the only downside of the film; it’s incredibly well paced with drama and characters we care about. Keoma is badass yet vulnerable and most importantly pretty much the entire second half of the movie is one big gunfight.

I wouldn’t be surprised if this was one of the films that influenced John Woo’s directorial style as there is a lot of slow motion and even some double gunplay.

I’m definitely going through a Spaghetti Western phase at the moment and Keoma is now one of my all-time favourites. Sure the music ruins it in parts with unintentional humour but there is plenty of action and Nero is just magnetic on screen.