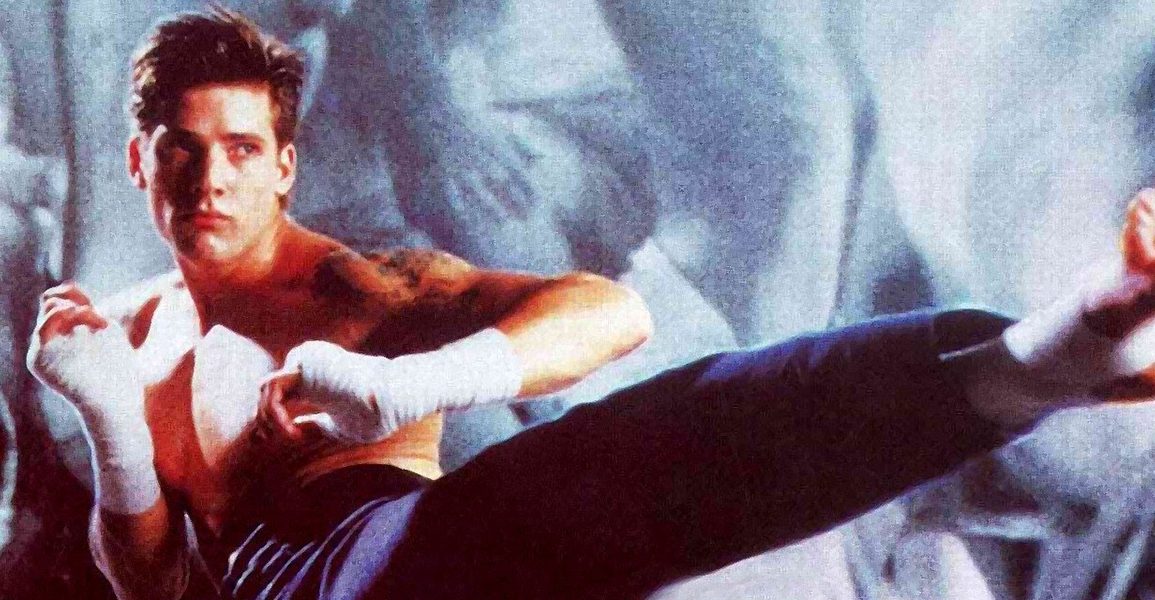 Kickboxer 2 isn’t as good as the original and there are some real stretches of logic, but if you put that aside you’ve got yourself a fun martial arts movie with a great cast and some entertaining fights.

Plot: Asian villains pick a fight with a Los Angeles kickboxer (Sasha Mitchell) whose brother beat them in Bangkok.

Review: This sequel to the JCVD classic (like Bloodsport 2) gets unfairly criticised simply because Van Damme isn’t in it. Admittedly Sasha Mitchell isn’t anywhere near as awesome as Jean-Claude but that’s more because his character David Sloan, is actually a bit of a dick. I found him quite unsympathetic in it and a bit of a whiny bitch. On an unrelated note, he does look a bit like Dean from Supernatural at some points.

There are some hilarious lapses in logic in this movie, like the miracle of a third brother who wasn’t even mentioned in the original movie. Van Damme and his brother (and his woman) from the first movie have all been murdered by Tong Po who is now essentially a serial killer, thus completely clearing the way for David Sloan to pick up the slack.

Aside from that though, there’s a lot of fun to be had and it is a worthy sequel; we get a return from Tong Po who is more evil than ever but we also get Xian Chow back in to prepare David for his final battle. The cast is surprisingly good including Cary-Hiroyuki Tagawa, Peter Boyle, John Diehl and a very young Brian Austin Green.

It’s also directed by Albert Pyun who made the Van Damme classic Cyborg; the biggest surprise though is that it was written by one David S. Goyer who would end up writing Batman Begins and a whole bunch of other action classics.

The story has some interesting turns and the biggest shock is the kid actually dying in the fire; that I did not see coming.

The fights are well choreographed and there are plenty of training montages, which are essential in any martial arts movie.

For the record Tong Po has terrified me ever since I first watched Kickboxer about 20 years ago; he’s just really scary looking and reeks of threat. You would not want to spill his pint or meet him in a dark alley.

Overall, Kickboxer 2 isn’t as good as the original and there are some real stretches of logic, but if you put that aside you’ve got yourself a fun martial arts movie with a great cast and some entertaining fights.