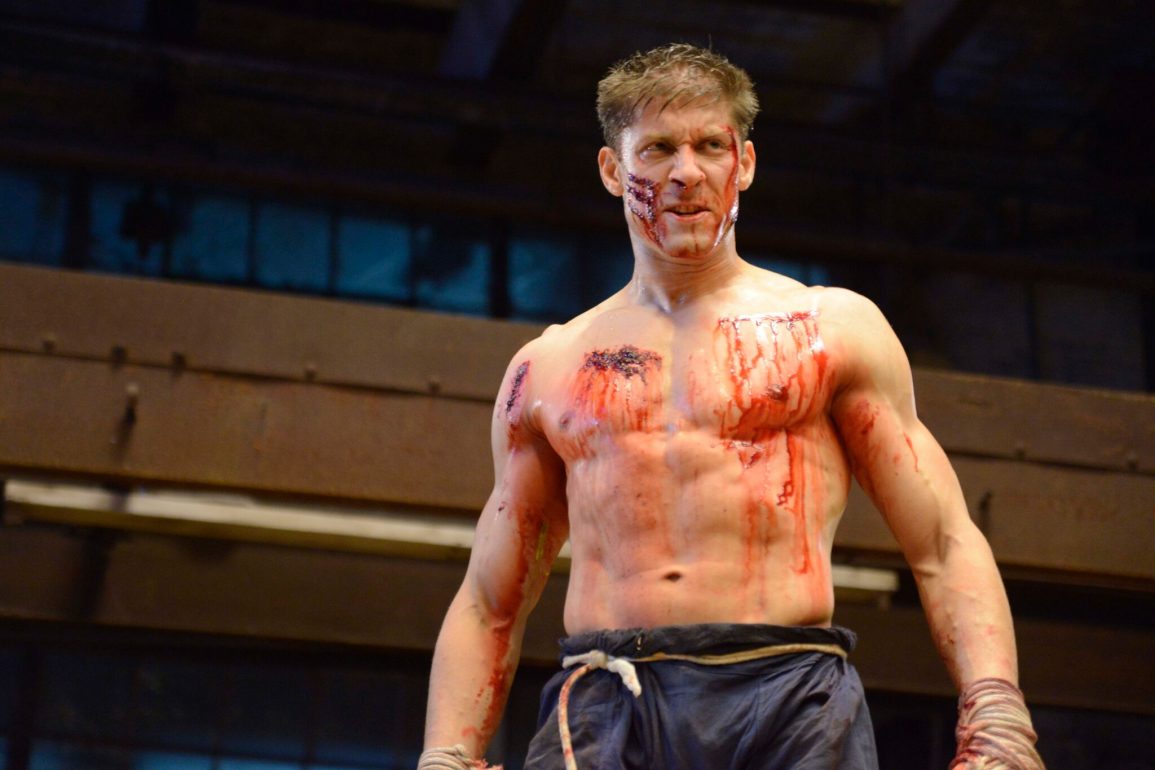 The original will always be the best but Vengeance has enough going for it to be a lot of fun with some great fight scenes too.

Plot: When a brutal fighter (Dave Bautista) kills his brother (Darren Shahlavi), a man (Alain Moussi) travels to Thailand to train with a legendary martial-arts master (Jean-Claude Van Damme) and avenge his death.

Review: Kickboxer: Vengeance has been on my must-watch list for what feels like years… in fact I think it actually has been years but I finally got to see it recently and I’m pleased to say that for the most part it delivers the action goods.

It’s not a word for word remake of the JCVD classic but actually works well as a movie in its own right. The fight scenes arguably surpass the original and Alain Moussi certainly has the moves to be a new martial arts hero. It’s also very sad to see Darren Shalahvi in what would be his final role and although he doesn’t have much screen time he should be proud and it gives the movie extra heart.

It really has the feel of a 90’s martial arts flick; the type of movie you’d rent on VHS and watch until it wore out. There are fight scenes every few minutes and it’s a welcome return to a genre which has been pretty dormant for a few years.

It’s great to see JCVD show some personality again on-screen rather than seeming out of it which he has done for the past decade or so; the only thing is, was his voice dubbed in some parts? It didn’t sound like him and it was quite obvious and distracting. Aside from that though even in his fifties he still has the moves and gives us some energetic fight scenes which we haven’t seen from him for a while.

Dave Bautista was suitably intimidating as Tong Po but I think Mohamed (Michel) Qissi was creepier and frankly more evil in the original movie; Bautista doesn’t really get to do very much but he does the job and is a believable threat.

Gina Carano is only in a few scenes and sadly doesn’t have any fights which was a shame but it’s not like we were short of them so it’s not a big deal. GSP isn’t exactly Captain Personality when it comes to acting but this is really his first proper movie role and he gets to throw a few punches and kicks which is what we all want to see. Let’s face it, some of the acting in the original movie wasn’t the greatest either but we let it slide.

This movie maintains a sense of fun throughout and is never less than entertaining making you feel like it’s 1994 again, which is no bad thing.

I think the most important question you’re all asking is “do we still get the epic dance scene?” to which I’ll say Hell Yes and it’s done so in deliberately hilarious fashion.

Overall, Kickboxer: Vengeance is a welcome return of one of my favourite genres (The Western martial arts flick) with fight scenes that arguably surpass the original and JCVD is on fine form despite sounding dubbed at times. I can’t wait to see what they do with Retaliation…