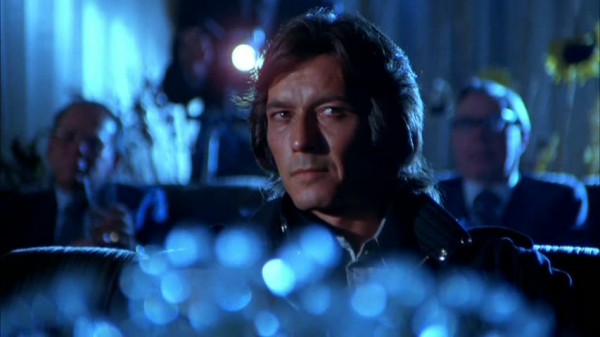 Plot: Dr. Horatio Kane has been kidnapped, and is being forced to create an army of martial artists who will help take over the world. His daughter, Kandy Kane, enlists the help of Steve Chase (and a few of his friends) to rescue her father before it’s too late.

That’s right, the Doctor is called Horatio Kane, but sadly it isn’t David Caruso dishing out one-liners like it’s a fashion statement. Kill and Kill Again still manages to be awesome, just for the sheer bonkers storyline.

The rather excellent villain Marduk tries to create a mind control device using elements from potatoes. Whoever came up with that idea deserves some kind of award, because that’s just genius. Marduk is a essentially a Bond villain… on speed.

His plan is so fabulously ridiculous that it’s impossible not to love it. He wants to rule the world and basically make everyone his slave through this new amazing drug.

At one point our heroes are on the road after fighting a bunch of goons so Marduk decides the best way to stop them is to fly a plane over them and drop down his special unit via parachute to kick their asses. Of Course, Steve Chase is far too awesome to find this a challenge so he beats them all up while his companions play cards.

The music sounds like it belongs in a cartoon and is unbelievably cheesy; I love it!

To be fair, the film is intentionally funny, they all know it’s ridiculous and just go with it. There is a running joke with the girl with the pink hair calling Marduk popsicle, etc and he finds it embarrassing to be called that in front of his minions. It’s a bit Dr. Evil and provided plenty of laughs.

James Ryan is like Billy Blanks as they both have an aversion to shirts. He can barely walk 1 yard before being attacked by goons and removing his shirt; thus is the life of a badass though.

The best moment is when the blonde chick comes along with them and Ryan says “OK, you can come along… but only if you fix us some breakfast first”. Stick the kettle on love, there’s a good girl…

Most of the acting is pretty bad, but really, if you’re watching this movie you aren’t exactly waiting for Meryl Streep to show up.

It has plenty of fight scenes which are actually pretty well done and Ryan is an authentic action star.

Overall, Kill and Kill Again is the perfect movie for a drunken Saturday night; I challenge you to take a shot any time someone says potatoes or Ryan takes off his shirt. You’ll be passed out within 20 minutes. Hilariously entertaining stuff!