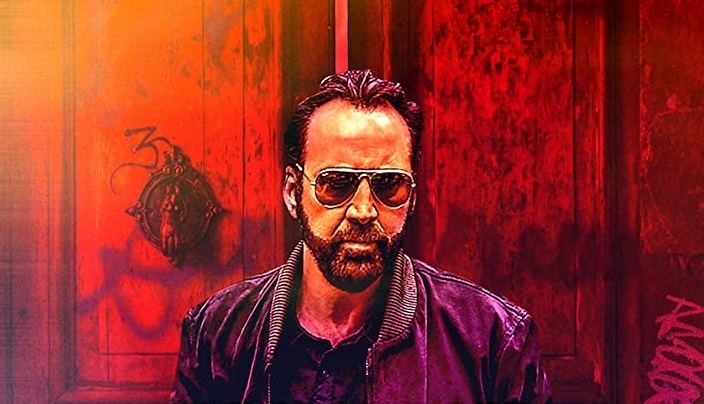 Kill Chain is one of Nic Cage’s better recent movies despite what the majority of reviews say; it has an entertaining story, solid performances and impressive action.

Plot: Three strangers’ lives are inevitably entangled in a conflict none of them are prepared for.

Review: This is another movie I kept seeing on Amazon Prime and despite what people say I love watching anything with Nicolas Cage in it; I just think he has great screen presence even if some of his movies may not have been the greatest in recent years.

Kill Chain has a few slightly Cage-y moments but he is in more restrained form in this well told and engaging tale. It may put some viewers off for the first 20 minutes as it can get a little confusing but I thought the payoff worked and by the time the end credits rolled I’d had a fun time.

At around 90 minutes long Kill Chain is well paced and has no shortage of R-rated action with shoot-outs and stabbings galore. Despite being a straight to VOD production it has a sharp script with some rapid-fire dialogue especially between Cage and Anabelle Acosta as the mysterious Woman in Red. It also has a nice sense of style; I liked the lighting with the greens, reds and blues helping to emanate a seedy vibe.

This was Cage’s second production that he filmed in Colombia in 2018 (the other was Running with the Devil) and it’s nice to see some new locations in an action movie rather than Bulgaria.

I think watching it again Kill Chain wouldn’t be as interesting as you’ll know how it all plays but it’s definitely worth viewing if you like a twisty-turny plot as well as action. Some of the camera work does get a little shaky at times but nothing overly distracting.

The cast all do well and I think Ryan Kwanten is an underappreciated talent; I think he used to be in Home & Away a good few years ago and it’s hard to believe this is the same guy.

Overall, Kill Chain has Nic Cage on more restrained form (booo!) but the performances are strong, it has some decent R-rated action and it’s well paced so check it out if you want something a little different.