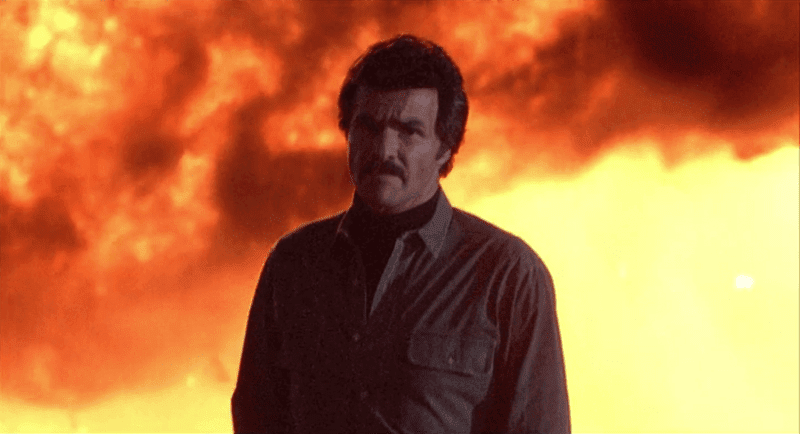 Burt Reynolds stars in this awesome little action flick from 1987 which also stars Cliff Robertson as the main villain.

Plot: Exploring the United States in his precious ’69 Mustang after his retirement, former CIA assassin Richard Malone (Burt Reynolds) breaks down in a small Oregonian town. He has to cool his heels while his car is being repaired, and it isn’t long before Malone starts noticing a string of disturbing events in this not-so-normal rural community. It turns out a local crime boss (Cliff Robertson) believes Malone was sent to kill him, which isn’t true. At least not initially.

satanclause1 has an awesome Kill Count for the movie so let’s see how many goons Malone takes out.

It always felt like more than 10 but I guess double digits is still relatively impressive.