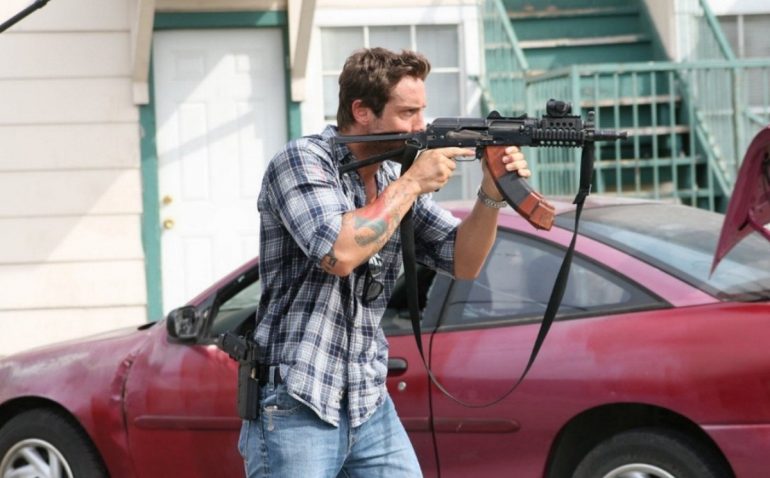 It’s Friday and nothing says “The Weekend” like counting how many people are killed in an action movie.

Sinners & Saints is one of my favourite movies of the past few years with Johnny Strong proving he’s got what it takes to be the next action star.

If you don’t know, the story behind the film is as follows: In the gritty New Orleans underbelly, beleaguered Detective Sean Riley (Strong) is trying to cope with the death of his young son and his failed marriage. Facing a probable suspension from the department, Riley is teamed with a young homicide Detective, Will Ganz, to help solve a series of brutal murders that have plunged the city into a major gang war. The two quickly realize there is something much bigger and far more sinister going on than either could have ever imagined.

Directed by William Kaufman, the action is first rate and you need to check it out. Although the bodycount doesn’t reach the heights of The Punisher movies, it’s still pretty impressive.

Check out the clips below.

Definitely not too bad and even better news is that a sequel is currently in development. No word on when it will be released though.