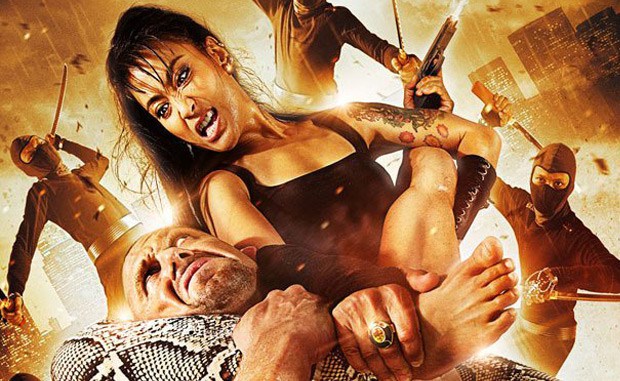 Kill ‘Em All is pretty damn entertaining with some amazing fight scenes and a fast pace. It’s just a shame there isn’t more to it than that.

Plot: Captured international assassins are locked up inside a high-tech bunker known as the Killing Chamber. To break out of this concrete hell they must duel each other, fight deadly ninjas and battle against gangs of masked maniacs. And… if they survive this, they will have to confront Snakehead: the lethal, deranged top dog who will stop at nothing to kill ’em all!

Review: If you’re looking for some hardcore martial arts action in the style of The Raid then you could do a lot worse than Kill ‘Em All. The title leaves little to the imagination and gives you an idea of what you’re in for.

If you want characterization and a meaningful plot then you’ll be disappointed; if you’re looking for some of the best fight scenes you’ll ever see then you came to the right place.

The movie is pretty much constant fight scenes and the choreography is phenomenal; my favourite character is The Kid played by Tim Man, but you also have the bonus of Gordon Liu as the villain who cackles manically a lot.

His climactic fight with Tim Man and Ammara Siripong is very reminiscent of the final fight in The Raid but is visceral as hell and extremely entertaining.

Admittedly it does get a little samey after a while with little more than the fights going on, but sometimes that’s all you need. You certainly won’t be bored as it moves along at a literally breakneck pace and it’s only 80 minutes long.

There isn’t much in the way of memorable dialogue, mostly just grunts and punching but it does the job.

Did I mention that this movie has ninjas? No? Well it does and any movie that has them is instantly rewarded with an extra (throwing) star.

The music is industrial sounding with huge metallic sounding drums and other awesome sound effects which only adds to the bone-crunching action.

Overall, although there isn’t much to it Kill ‘Em All is pretty damn entertaining with some amazing fight scenes and a fast pace. It’s just a shame there isn’t more to it than that.