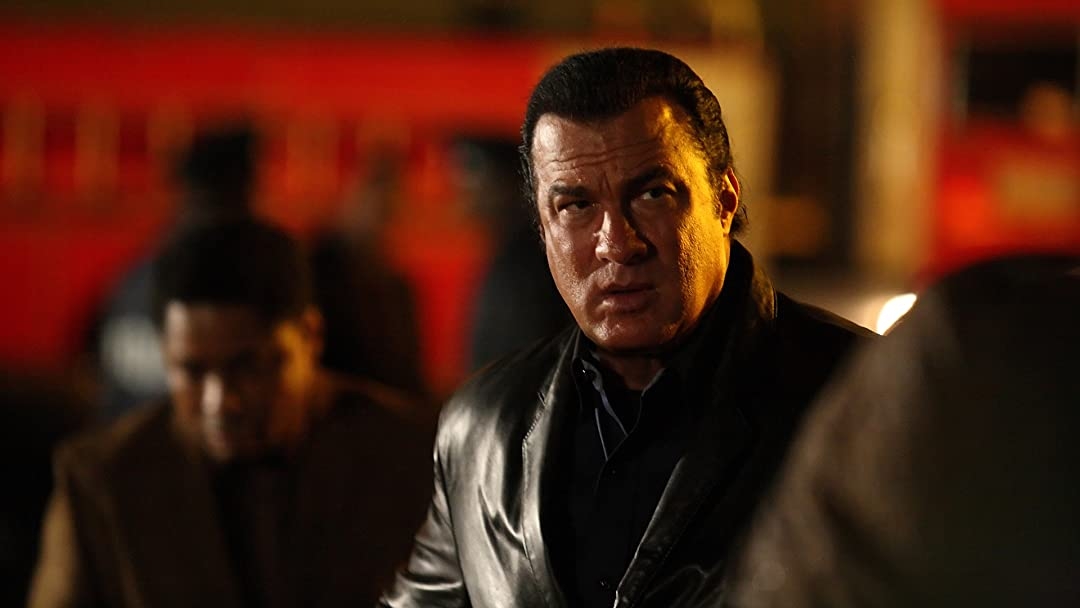 The casting of Isaac Hayes and Mark Collie are the few redeeming factors for Kill Switch but it is easily one of Seagal’s worst films… and that’s saying something.

Plot: A troubled detective travels to Memphis in order to track down a pair of serial killers.

Review: Just when I think I’ve seen the worst Steven Seagal film another one pops up that takes the (potential) crown. Kill Switch should be used as a template for how not to do fight scenes; with the constant edits, cuts and tedious repeats of not very exciting moments every second feels like it is dragged out. Then we have the near endless use of a stunt double which is obvious as his wig isn’t remotely believable so there is no authenticity in any of the fights for even a second. I actually felt nauseated at a few points due to the sheer incoherence of the action. I had to force myself to watch the entire movie as all I wanted to do was (kill) switch it off.

It’s a shame as I always enjoy serial killer stories and hidden in here somewhere may have been a rather cool idea but the sloppy execution makes me think that Seagal showed up for 2 days and then they had to fill in with his double. Several scenes just seem to go on far longer than they need to and I found myself scrolling Instagram at various points which is never a good sign. Seagal’s voice was super distracting too with his forced N’Awlin’s accent; at various points you could tell it was someone else making it feel like it is unfinished.

On the plus side it had a cool bluesy music score with some electric guitar which is always welcome but there is very little else I could say to recommend this film. I suppose the addition of Mark Collie (who plays killer Billy Joe Hill) is a bonus as he’ll always be Harry Heck from The Punisher. Why was Isaac Hayes in this? He is wasted in a rather thankless role that literally anyone could have played. His mere presence was a definite positive though…

I’ve never seen such invincible bad guys and this isn’t even a comic book movie! At the start Seagal bitchslaps Collie around and then throws him out of a window which is about 3 stories up. A couple of scenes later he has recovered with nary a scratch on him. He is surely crippled from the ears down after that!! Then the main killer at one point also crashes his car which then blows up and he then gets away unharmed. He’s dead! They’re both dead!

There’s a shoot-out between Sensei and some goons in the street and they never seem to reload either; I know that’s an action movie trope but it really stood out in this movie.

As usual Seagal shows the emotional range of a toaster not demonstrating even a flicker of sadness when his lady is murdered but we should be used to that by now. I was wondering what the flashbacks had to actually do with the story but I guess they were to show why he is so determined to stop these vicious killers but even then we didn’t need so many.

I love how the front cover of the UK DVD says “Seagal’s best film in years!” Who wrote that? His mom?

Overall, Kill Switch is bad even by Seagal standards with vomit inducing fight scenes, obvious doubles and a runtime that feels 30 minutes longer than it needs to be (and it’s only 95 minutes).