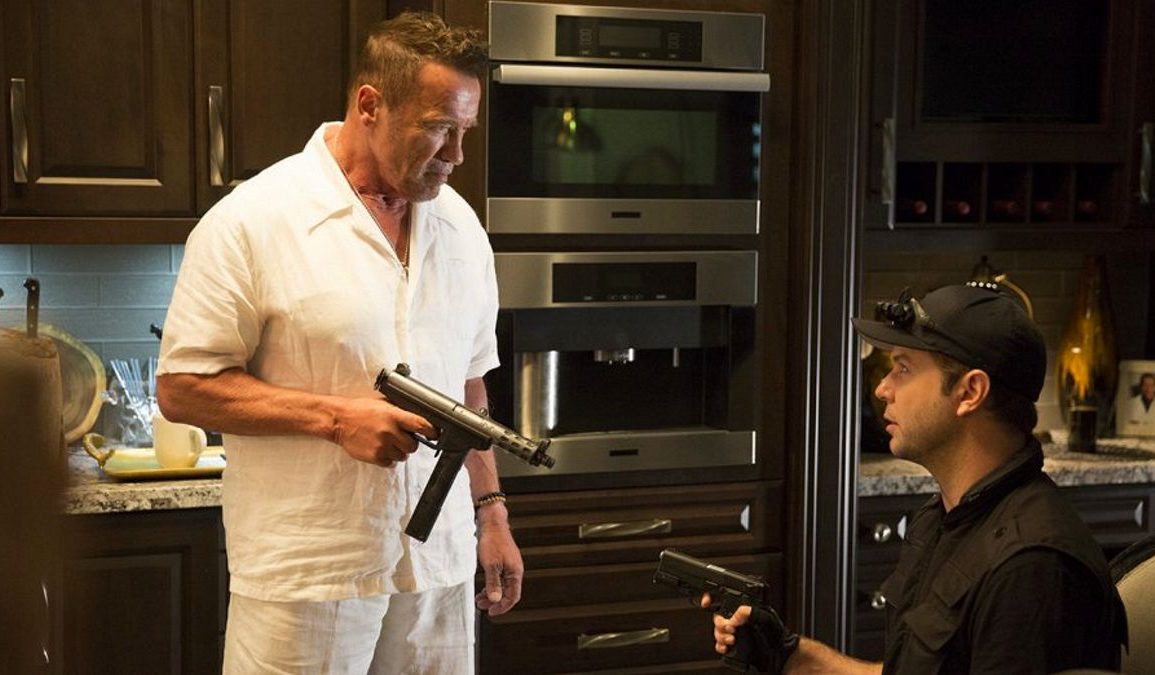 Killing Gunther is really rather terrible and Arnold should frankly know better; I know some may enjoy the movie but it just wasn’t my cup of tea at all so I can’t recommend it to even die hard fans.

Plot: A group of eccentric assassins are fed up with Gunther, the world’s greatest hitman, and decide to kill him, but their plan turns into a series of bungled encounters as Gunther seems to always be one step ahead.

Review: Arnie is back in an action “comedy” from writer/director Taran Killam and after watching it all I could think of is why the Hell do we not have King Conan yet? I can safely say that Killing Gunther is not only one of the worst movies of 2017 but may well be Arnold Schwarzenegger’s weakest movie to date.

For one thing he is only on screen for about 15 minutes of the entire runtime which was blatant false marketing and the rest of the movie has a bunch of irritating hitmen trying take out Arnie’s Gunther.

The script is painfully unfunny and the movie is only redeemed when Arnold eventually turns up and brings real screen presence to the picture. The rest of the cast are mostly loud, obnoxious and just plain annoying and all I wanted was for the movie to end so I could move on with my life and never sit through it again.

When Arnie arrives we (of course) have him reference other movies from his back catalogue with dialogue from The Running Man and a few more which is now just plain tedious. Come on, Arnie you are so much better than this; you’ve done the self-referential thing to death by now so stop fucking around and give us the final Conan movie before you retire.

There is also CG blood and explosions which make this mockumentary look even cheaper and I couldn’t help but wonder why the Hell Schwarzenegger would ever get involved; did he even read the script beforehand?

In its favour I’ll admit I smirked a few times and the scene with all the cars blowing up was pretty cool; I also thought the idea behind the story was a good one but its execution (pardon the pun) was just terrible. All I was thinking was “why won’t these idiots stop shouting?” and despite having a runtime of around 90 minutes it still felt like it went on for too long.

Overall, Killing Gunther is really rather terrible and Arnold should frankly know better; I know some may enjoy the movie but it just wasn’t my cup of tea at all so I can’t recommend it to even die hard fans.