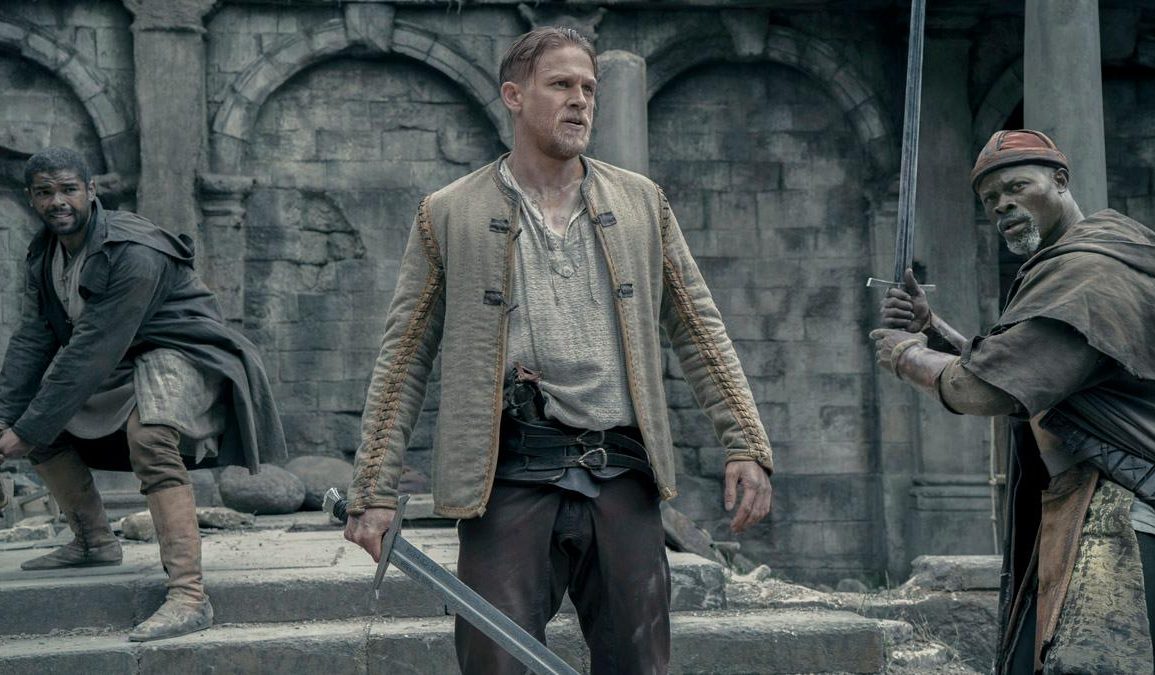 Legend of the Sword has some innovative ideas but the tone is all over the place and it’s not something I would watch again.

Plot: After the murder of his father, young Arthur’s power-hungry uncle Vortigern seizes control of the crown. Robbed of his birthright, he grows up the hard way in the back alleys of the city, not knowing who he truly is. When fate leads him to pull the Excalibur sword from stone, Arthur embraces his true destiny to become a legendary fighter and leader.

Review: King Arthur: Legend of the Sword was pretty much a critical and commercial failure and considered one of the biggest flops of the year. I never bothered going to see it in the theatre so I thought I would finally sit down and give it a watch and as much as I can understand why it failed, I didn’t hate it and found several elements I enjoyed.

The opening sequence borrows heavily from Lord of the Rings (as do many other scenes from the film) with some giant elephants wreaking havoc as we come into a battle as it is in full swing. The visuals were impressive and I thought created a sense of scale which is something usually lacking with CG. The battle and action scenes in general were well done and despite this being a story we’ve all heard a million times before there were a few interesting twists; I really enjoyed the supernatural element and there were some cool monsters which are always welcome.

Jude Law steals the entire movie as the villain Vortigern who doesn’t need to say anything; he can stare and it manages to be more intimidating than a villain who screams and shouts at everyone. He’s willing to kill his own family members to maintain ultimate power so you’re never exactly rooting for him however, there is that conflict within him which makes Vortigern that bit more interesting than your average bad guy. You will hate him every second he’s on-screen though and despite it sometimes getting silly Law clearly takes his role seriously.

My favourite aspect of King Arthur was that it was a rare occasion where we really get to witness the true power of Excalibur; one of the best action scenes of the entire movie is when Arthur (surrounded by knights) grabs the sword with both hands and unleashes it against them to devastating effect.

Although not a patch on Hans Zimmer’s score to the other average King Arthur movie a few years back Legend of the Sword has impressive music which is one of the high points of the movie, giving the action scenes (slightly) more impact.

But what of the flaws? Well, I’m not really sure why Charlie Hunnam keeps getting work as I’ve yet to see him give a decent performance in anything. His Arthur comes off as arrogant and standoffish so we never feel any empathy towards him. Why should we care if he lives and becomes king when he’s actually a bit of a dick? The script isn’t terrible but there are a few clunky lines and Hunnam’s delivery doesn’t help. Did he really call someone “honey tits”?

You know you’re watching a Guy Ritchie film too as it has the over use of slow motion and “funny” cockney dialogue which starts to grate rather quickly.

The tone is also uneven where one minute everyone is laughing and joking around and then the next moment they have stepped into Middle Earth and all of a sudden it becomes a dark fantasy story.

It does go into CG territory a little too often though which guarantees you’ll never really get emotionally involved in what is otherwise an impressive videogame brought to life.

Overall, it’s not a surprise that King Arthur: Legend of the Sword was a failure as it has a lot of problems; it isn’t a terrible movie though and there are elements to be enjoyed. Would I recommend it? Only if there’s nothing better on but I’d go back and watch Excalibur instead.