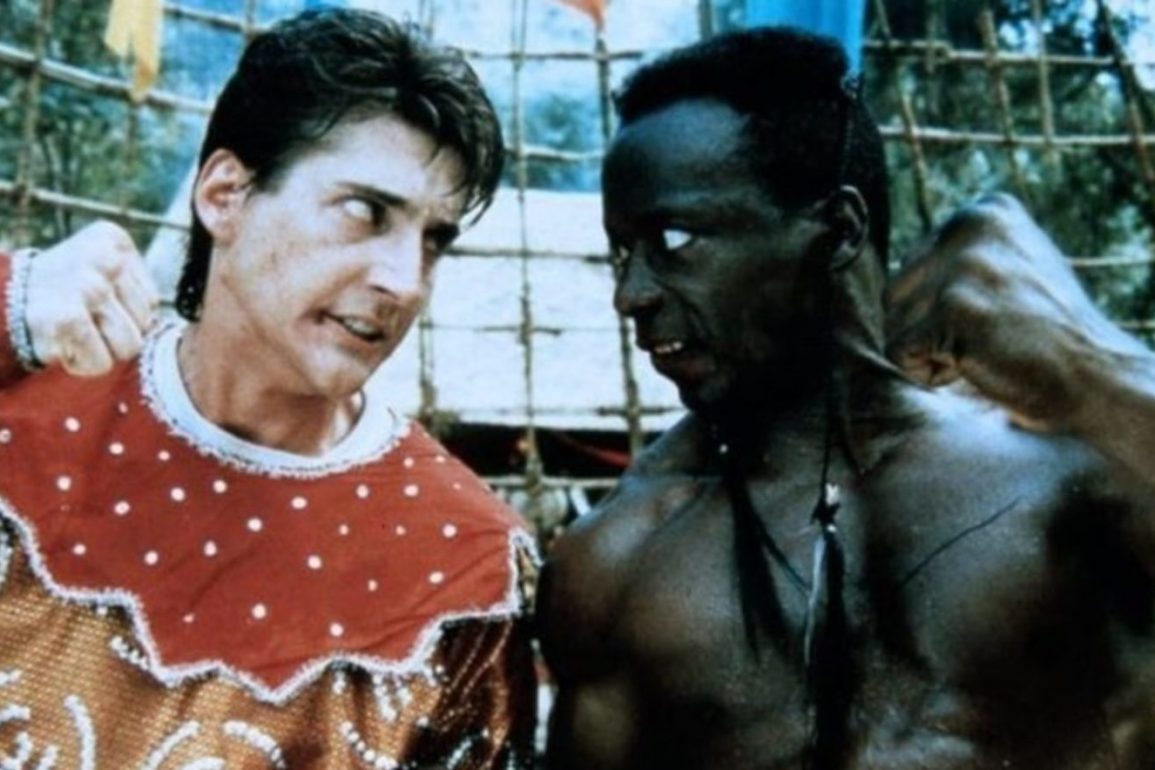 King of the Kickboxers Part 1 vs. Part 2

King of the Kickboxers was essentially a lower budget knock off of Kickboxer but by God was it ever entertaining. It starred Loren Avedon as a New York cop called Jake Donahue who poses as an actor to expose the making of martial-arts death movies in Thailand. The main star of these movies Khan (Billy Blanks) just so happens to be the same man who murdered Jake’s brother 10 years earlier.

Ok let’s get this out of the way first; we all know the acting is mostly terrible in these movies but it really doesn’t matter as there are fight scenes every few minutes, nudity and entertainingly over the top kills.

The best aspect though is the facial expressions mostly courtesy of Billy Blanks who is on full-on villain mode and frankly a real nasty piece of shit. He gives side eye on a regular basis to all his enemies, he shouts and jumps around a lot and brutally kills anyone who gets in his way so this is not someone you really want to spend a lot of time with.

Loren Avedon always had the moves as an action star so the fight scenes are energetic and consistently entertaining; the final battle in the large wooden cage was particularly satisfying and watching Khan get his much deserved comeuppance is awesome. I love how Jake is quite an arrogant character with a cheeky sense of humour which make him even more fun to watch on screen.

Keep your eyes peeled in the opening scene for a small role from Jerry Trimble who plays a drug lord that gets taken down by Jake.

If you were to watch this movie now for the first time you would likely think it should be on Mystery Science Theatre but I still love it and find it a riot every time.

The King of the Kickboxers 2 AKA Fighting Spirit

This is another of those movies that is a sequel in name only; even then it also goes by the title Fighting Spirit and bares to no relation to the story of the first movie.

Billy (Sean P. Donahue) is a young fighter whose sister Judith was hurt after a near gang rape. When he learns she must have surgery, crime boss Russell has Billy compete in illegal street fights. When Billy learns he may get killed, he quits but is later killed by Russell and his men, who were the ones responsible for Judith’s accident. After his death, Billy must rely on one man to seek revenge for him: his best friend David (Loren Avedon). However, David must train in the martial arts before he can seek revenge. David seeks guidance from the ghost of Billy as well as Billy’s trainer and ally, Murphy.

Where the first movie had Billy Blanks as the villain, this one has the far less interesting Tony played by Greg Douglass and this movie looks and feels even cheaper. The dubbing and acting are laughably bad… and yet it is still pretty entertaining entirely due to Loren Avedon who has a few fun fight scenes. Most of the movie you can clearly see the punches and kicks aren’t making contact but there are some awesome sound effects and glaring continuity errors. At one point Billy is fighting someone and the guy hits him so hard that apparently his shirt completely disappears.

This lacks the sense of humour that Avedon brought to the first film and isn’t a movie I return to very often; it also takes a while for Avedon to become the lead so you don’t really engage with the story until then. It doesn’t help that David is a very uninteresting character and I never really cared what happened to him..

There is no real competition here; for me it’s all about the first King of the Kickboxers which is the ultimate guilty pleasure. Part 2 is fun to watch once and is entertaining for all the wrong reasons but it lacks the awesomeness of Billy Blanks.