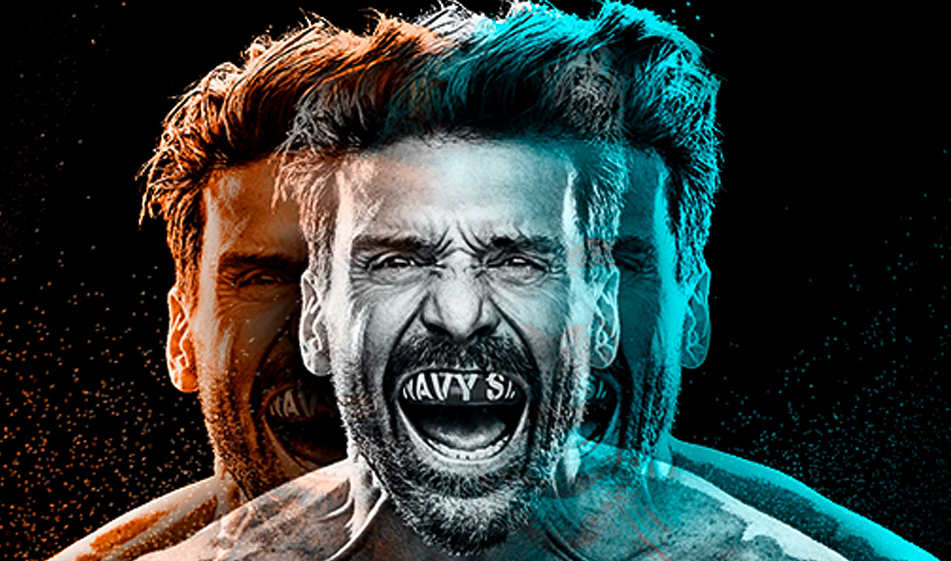 Although I have a few nit-picky issues with the show Kingdom is still incredible television with memorable characters, regular cage fights and training montages, hilarious dialogue and some genuinely traumatic moments that will haunt you long after you finish watching. Essential and one of the best things Frank Grillo has ever done.

Plot: Alvey Kulina, a retired MMA fighter, runs his own mixed martial arts gym. However, he must also keep his family together in the midst of various problems going on in his life.

I know this isn’t strictly speaking “action” but there’s a lot of fighting in it so that’s good enough for me to cover it here.

I just finished watching the season 3 finale of Kingdom last night (which is also the series finale) and my head is still reeling from it. Kingdom had been one of those shows I’d heard about but never watched but when one of my friends said it would be right up my alley then I knew it was time to check it out. Boy, am I glad I did as Kingdom has become one of my all-time favourite TV shows with incredible performances from the entire cast and characters that I will miss for a long time to come.

Frank Grillo is one of the best actors working in the genre today and Alvey Kulina will be one of his most iconic characters. He’s a former fighter turned coach who runs a gym called Navy St. with his girlfriend Lisa while his sons Jay and Nate also train there.

A former fighter named Ryan (Matt Lauria) is released from prison and Alvey wants him to come back and train with him; Ryan is a complex character and not necessarily particularly likeable but Matt Lauria is phenomenal. Ryan has some rage issues and the reason he was in prison was because he had beaten his father so badly he was in a wheelchair. Ryan is wrestling with the guilt of doing that and also trying to get his life back together.

While in parole he meets Keith (Paul Walter Hauser from Cobra Kai) who is seen as a sex offender because he had inappropriate relations with an avocado in a shop once… yeah really. Keith may seem like comedic relief but he is essentially psychotic and can kill people with little problem especially when he becomes obsessed with Ryan. Despite being unpredictable you do take to him and he is so pathetic that it’s hard not to empathize with him… even if he has ruined fruit for me.

Every character is self-destructive by nature with Alvey barely holding his life together thanks to Lisa; he still drinks too much and is filled with such self-loathing that he’s passed it onto his kids with Jay doing every drug imaginable and generally just being a bit crazy. Despite their flaws Jay and Alvey are not only the two best characters in the show but two of my all-time favourite TV series characters.

Jonathan Tucker was a revelation in this show as I always remember him being one of the villains in the Bruce Willis movie Hostage where he radiated threat. He does in Kingdom as well and Jay might be a little unhinged but he is arguably the most sensitive member of the Kulina family. He will do anything for them and all he really wants is for them all to be together but there are so many underlying issues and resentments that it can never be.

This is a series about family and few families go through as much shit as the Kulinas with Nate hiding the fact that he’s gay from everyone because if the MMA fans found out his career as a fighter would essentially be over. Nate doesn’t say much but Nick Jonas is fantastic making him so tortured that you just want to tell him everything will be alright. If only his father had been so understanding…

Then there is Christina (played by the wonderful Joanna Going); she’s is Alvey’s ex-wife and the boy’s mother but she’s also a junkie and prostitute so you can tell that these are a classy bunch of people and yet you grow to care for all of them. Christina has some strange ideas and goes through some nasty experiences especially a near rape scene although when Jay finds out what happened he is at his terrifying best. I wasn’t all that interested in her story in the third season with her staying in the house with the girls on the webcams. That just seemed sort of pointless and added nothing to it; I would have liked to see Cody get killed though…

There are some amazing supporting characters too like the wonderfully loyal Mac (Mac Brandt) who provides the Kulinas with any drugs they require but also looking out for them and making sure nobody is doing anything too crazy… especially Jay. Then there’s Alicia Mendez played by the perfect Natalie Martinez; she’s another character with a dark past but she becomes one hell of a fighter and was in incredible shape for this role.

I know I’ll be in the minority here but am I the only person who hated Lisa? I thought she was so miserable all the time that I could never take to her at all. When she left to have her baby I was glad but disappointed when she came back. I always thought Alvey was better off with the lawyer.

One of my other issues was I always felt like they glossed over Ryan killing his dad (even if it was his wishes). The episode ends with Ryan suffocating him as his dad didn’t want to go on living in the chair but then it’s barely mentioned ever again.

Too much happens in this series for me to go over it all here but each character is well fleshed out with some fantastic dialogue and imaginative swearing. Alvey swears more than me and I never thought that was possible.

There are regular fight scenes mostly in MMA cages and they are unflinching and bloody so fight fans won’t be disappointed. I knew I would like this show from the opening scene with Alvey out jogging and he gets into a brawl with some thugs on the street; he batters them with ease and it’s immediately established that this man is a beast that is not to be fucked with.

I’d been warned in advance that the series ended rather devastatingly and they weren’t wrong; we could have done with one more season as I wanted to see what would happen with Jay and his daughter. Alvey got a million bucks for the Legends fight but you just know he will end up pissing it all away on booze as he just can’t help himself.

There are some hilarious moments of humour in this show but it is still as gritty as can be and it gets really dark especially Ava’s storyline. At times it does stretch a little credibility as you have to wonder if one family can have that much bad stuff happen to them although this being 2020 nothing would surprise me anymore.

Overall, Kingdom is one of the best TV series of recent times with incredible performances and genuine drama; it also isn’t short of cage fights and training montages so there is plenty for action fans to enjoy too.