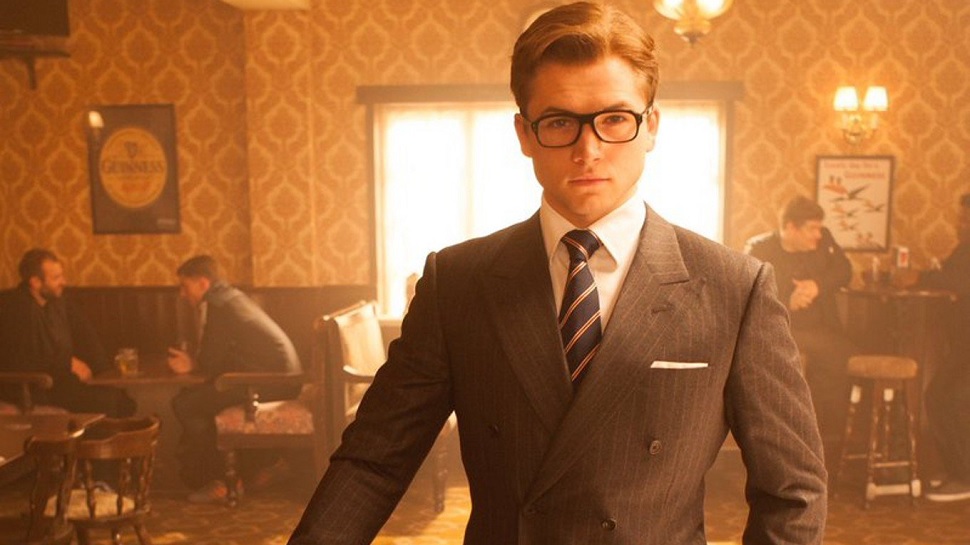 Kingsman: The Golden Circle is a tedious and bloated mess and one of the biggest disappointments of the year with very little to recommend it.

Plot: When their headquarters are destroyed and the world is held hostage, the Kingsman’s journey leads them to the discovery of an allied spy organization in the US. These two elite secret organizations must band together to defeat a common enemy.

Review: The first Kingsman was an entertainingly silly throwback to the classic James Bond films of old; it had swagger, a cheeky sense of humour and a great cast including Colin Firth, Michael Caine, Mark Strong and in the lead we had Taron Egerton in his star-making turn as Eggsy. It was quintessentially British which it why it struck a chord with me as a huge Bond fan.

From the trailers for The Golden Circle we got the impression that the action would move to America after the Kingsman locations are all destroyed and the story would maybe lose some of its Britishness. This is true but The Statesmen don’t really have anything to do either especially Channing Tatum who literally spends half the movie in a coma. He has 1 action scene when he first appears… and that’s it. The part of the trailer where he says “Fuck yeah!” to Eggsy wasn’t even in the movie unless it was after the end credits, but at that point I no longer cared. Why was he even cast in the movie? I was expecting he would at least come back for the final action sequence… nope.

Jeff Bridges is really more of an extended cameo too and the only new cast members who get any real screen time are Halle Berry and Pedro Pascal who do just fine with what they’re given.

What we get instead are scenes featuring CGI robot dogs which provide some of the dumbest action sequences of the entire movie and it felt more like Transformers rather than a Bond pastiche.

The film practically lost me from the opening scene with the return of failed Kingsman Charlie (now with mechanical arm) which was just ridiculous; I know even the first movie was joyfully daft at times but this movie just pushed it where I felt it was an insult to the intelligence. It did at least use Prince’s “Let’s Go Crazy” to sparkling effect which gave the action an extra energy surge.

As with the first movie the music is one of the best elements, trying to make it more fun but the problem with this sequel as that it never is; it’s just loud and frankly pointless. It’s actually boring and after the opening sequence there is barely any action and the story slowly plods along as we are introduced to Julianne Moore’s insane but uninteresting villain. The script is generally terrible and our audience laughed maybe twice throughout the entire picture mostly due to Elton John, which is something I never thought I would say.

It was nice to see Colin Firth back as Harry but even his stupid storyline about amnesia went on for too long and I couldn’t help but feel the narrative lacked any real sense of urgency or tension.

Considering this is an R-rated movie it still manages to feel like a kid’s film especially with the previously mentioned robot dogs which caused a few people to walk out of the theatre… or maybe they just went to the bathroom. It was all just so stupid and I can only suspend my disbelief to a certain point; the overuse of CGI during the action scenes and hyper fast editing got tedious very fast and yet the movie just kept going. The cable car sequence in the mountains was one of the stupidest action sequences I’ve ever seen and felt like something from a Looney Tunes cartoon rather than a spy movie.

Matthew Vaughn really needs to hire an editor as there was no excuse for this crap to be nearly 2 and a half hours long. Every scene seems to last forever and as soon as the end credits came up I jumped out of my seat and practically ran out of the building.

On the plus side, it is harmless fun and I do enjoy the father/son dynamic between Firth and Egerton which gives the story some heart. There is another great bar fight too with Whiskey (Pascal) showing off his lasso skills to some rednecks which was the action highlight. Keep your eyes open for the Glastonbury scene where you’ll see Boyka: Undisputed villain Martyn Ford; he is hard to miss and it’s a brief moment but it’s cool to see him in a big movie like this.

Overall, Kingsman: The Golden Circle is a tedious and bloated mess and one of the biggest disappointments of the year with very little to recommend it. I see it being a success for the opening weekend but I am hoping audiences will see sense and not make this a hit as it doesn’t deserve to be.