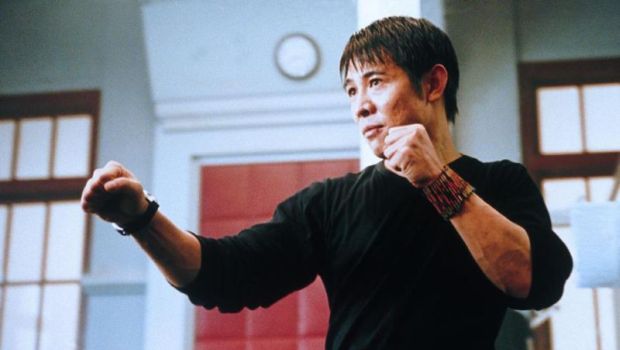 Jet Li stars in this surprisingly brutal actioner with Bridget Fonda. Bad guys get blown in half, limbs are snapped, asses are kicked and I am smiling.

The story is straightforward enough: Jet Li plays a betrayed intelligence officer who enlists the aid of a prostitute (Fonda) to prove his innocence from a deadly conspiracy while returning a favour to her.

Tchéky Karyo is one of the scariest bad guys I’ve ever seen; I remember him from Bad Boys and he was a nutjob in that as well. Huge fan of him and I don’t think I could ever believe him as a good guy; he’s just too scary. Oh and for the record, it does have one of the best bad guy deaths of all time; very satisfying.

Bridget Fonda is missed from movies as she was a very natural actress and I’d love to see her in something again soon.

The best fight scene was between Jet Li and a room full of black belts who all rapidly get their asses handed to them.

The score by Craig Armstrong was great, but there is some rotten hip-hop music used during the fight scenes which is a bit off-putting.

Overall, Kiss of the Dragon is a kick-ass martial arts/action movie and there are worse ways to spend a Saturday night.