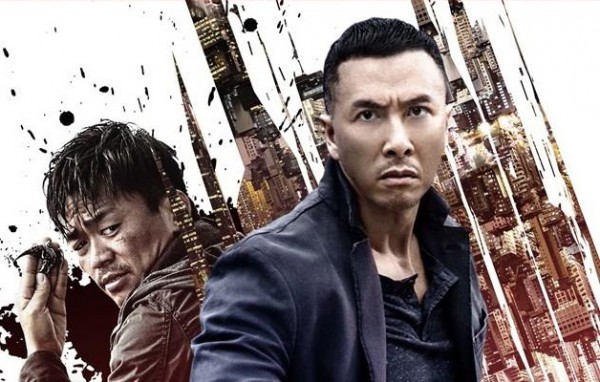 Kung Fu Killer provides a healthy shot of adrenaline with neck-breaking fight scenes and a rather frenetic pace, with Baoqiang giving a stellar performance as one of the scariest psychopaths you’ve seen in a martial arts flick for many years.

Plot: A martial arts instructor from the police force gets imprisoned after killing a man by accident. But when a vicious killer starts targeting martial arts masters, the instructor offers to help the police in return for his freedom.

Review: Kung Fu Killer was originally called Kung Fu Jungle in China; director Teddy Chan wanted to call it Kung Fu Killer but for some bizarre reason, the censors didn’t like having the word “Killer” in the title. Kung Fu Killer actually makes sense as the movie is about a killer… who uses kung fu; at no point did anything take place in a jungle.

There really isn’t much that’s new here and you may think the story sounds familiar; that’s because as one of our fans pointed out recently that it’s practically the same plot as the Gary Daniels/Darren Shahlavi movie Bloodmoon from the 90’s.

The casting was perfect though with Baoqiang Wang playing the crazed killer Fung Yu-Sau; he looks completely unhinged and his fights are so frenzied they manage to be quite terrifying. He’s been driven mad by the grief of losing his wife to cancer and has literally become a killing machine; it’s hard to even blink for even a second as you don’t want to miss any of the fights. The choreography and fight scenes are breathtaking and slightly exhausting too.

You’re not exactly going to sympathize with Fung Yu-Sau though because he’s really just a demented maniac; he does have a code of honour though and only fights the people he considers to be the best.

It only takes a few minutes before we see Donnie Yen beat up an entire prison in one of the many action highlights but the finale with Hahou Mo (Yen) having the climactic battle with Fung Yu-Sau in the middle of a busy highway is pretty spectacular, despite the odd ropey blue screen. When they start using the massive bamboo canes to fight, it’s pretty awesome stuff and we really get to see what these two martial artists are made of.

It’s hard to believe that Donnie Yen is 51 as he’s showing no signs of slowing down and this is definitely one of his better movies of late. Hahou is a man filled with regrets and Yen can play that role in his sleep; this is him definitely back on top form after the rather disappointing Iceman.

The story has plenty of twists and turns too and you begin to wonder who is on whose side which keeps things interesting.

We also get a great performance from Bing Bai who plays Hahou Mo’s love interest Sinn Ying; she has a brief but stunning fight with Fung and really knows how to use a sword.

There are several cameos including Koman Cheung, Xing Yu, Kang Yu, Bun Yuen and Siu-Wong Fan which is a huge bonus for genre fans.

I really enjoyed the music; using the Chinese Opera which sounds like a battle hymn which essentially becomes Fung Yu-Sau’s theme tune and works perfectly.

Overall, Kung Fu Killer provides a healthy shot of adrenaline with neck-breaking fight scenes and a rather frenetic pace, with Baoqiang giving a stellar performance as one of the scariest psychopaths you’ve seen in a martial arts flick for many years.